Glyphosate, widely known by its trade name, Roundup, probably gets more attention than any other herbicide. It's one of world's most-used weedkillers, and it is also closely linked to the growth of genetically modified crops.

Monsanto invented Roundup, and also invented crops that grow well when it's used on them. Farmers find that combination almost irresistible.

So in March, when the World Health Organization's International Agency for Research on Cancer classified glyphosate as a probably carcinogen, it set off a furor. Monsanto was outraged, and vociferously questioned the IARC's judgement. Opponents of GMOs welcomed the agency's conclusion as a scientific validation of their cause. 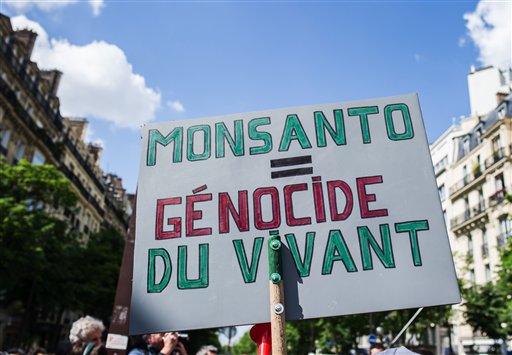 The IARC's announcement was especially noteworthy because glyphosate has long been considered among the least toxic pesticides used by farmers.

Now, another group of cancer experts has weighed in, further complicating the scientific debate.

The group, which was convened by the European Food Safety Agency, has reviewed the available scientific data on glyphosate and concluded that it probably does not cause cancer.

The European group took pains to explain why its assessment differs from that of the IARC. The European group considered a slightly different group of studies, for one thing. It only looked at studies of glyphosate by itself, for instance, rather than studies of glyphosate as it is sold to customers. These commercial formulations generally include a mixture of chemicals, and some of these other ingredients may be more more dangerous than glyphosate itself.

Any regulatory decisions in Europe about glyphosate-based herbicides will involve a close look at those commercial mixtures.

The next act in this scientific drama, though, is set for this side of the Atlantic. The U.S. Environmental Protection Agency has been carrying out its own review of glyphosate's risks. The agency reportedly has finished a "preliminary risk assessment" of the chemical, and could release results by the end of the year.