In June, the non profit group “My Compassion” hosted the first cannabis conference at Navy Pier in Chicago. The two-day expo had everything: people showcasing the latest in medical marijuana technology, security companies explaining their services to potential dispensers, advocacy groups with information on how to get cannabis businesses started. The conference, attended by 2,000 people, also featured speaker panels discussing the impact of medical marijuana on a host of illnesses.

On a panel of four physicians was a man by the name of Hermon Toney.

He was introduced as, and referred to himself as a neurosurgeon. After the conference, I asked how he’d go about discussing the benefits of medical marijuana.

“As a surgeon, I cannot offer this as a mode of treatment," said Toney, who works at Advocate Christ Medical Center in Oak Lawn. “What I can do with the oncology and neurology physicians, is help them if they're not clear on how it’s used.”

Toney and a business partner want to open an emergency care clinic. The Chicago Integrative Health and Wellness Center would offer flu shots, x-rays and lab work. Toney said he’d consult with doctors on the use of medical marijuana.

“In any diagnosis, a lot of times you may not agree with what that first physician said. You get a second opinion. This is why we’re trying to get every doctor educated,” said Toney, who explained why he had to do this separately from his surgical practice.

“I’m a surgeon.” he said. “My responsibilities is strictly restricted to the tumor.”

During the course of our interview, Toney said he was a doctor and a surgeon three times.

The truth is Toney is not a surgeon. Nor is he a medical doctor. The Illinois Department of Professional and Financial Regulation, the state agency overseeing medical licenses in Illinois, lists Toney is a licensed surgical assistant. 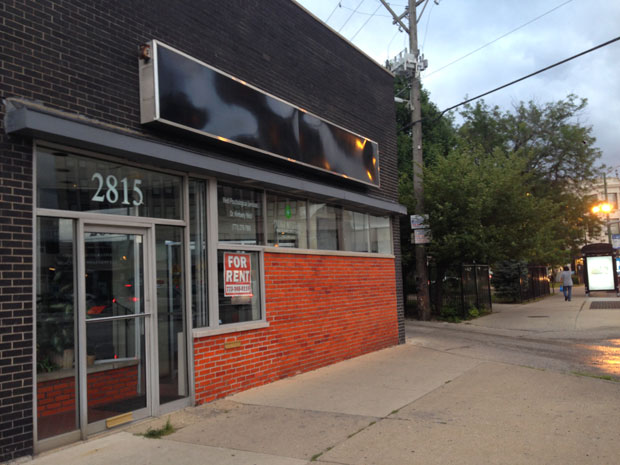 Amish Parikh is the board Vice President and Director for Development for My Compassion, the Michigan-based nonprofit that hosted the cannabis conference this summer. He said he was surprised about the information regarding Toney not being a surgeon or a doctor.

“That’s not something I knew about,” said Parikh. “I understood that he was a neurosurgeon for Christ Advocate.”

Toney insisted he went to medical school at the University of Illinois at Chicago but did not finish the required residency to be a doctor. The school has no record of his attendance.

Bob Morgan, the statewide coordinator for the medical marijuana program says their office is keeping an eye open for people like Toney.

“Making sure the physician meet the qualifications under our rules and statutes. Also looking at trends of individuals that might be operating outside their individual practice area.” said Morgan. “They might be certifying patients they don’t have the expertise to certify.”

Toney said he doesn’t plan to write medical marijuana prescriptions. He wants to be a consultant. He’d be breaking major state laws and possibly do prison time if he attempted to impersonate a doctor. Only medical doctors can prescribe and only for the 40 conditions and illnesses approved under the program. Morgan says the state will look at all applications closely.

“There’s a huge variety of penalties that a physician can face if somebody is operating outside the Illinois Medical Practice Act as a physician,” said Morgan. “We’ll be looking into each situation on a case by case basis to make sure they are who they say they are.”

My Compassion said they’re satisfied with Toney’s credentials. He continues to be a part of their advisory board. The non profit’s website lists him as Doctor Hermon Toney (UPDATE: The organization removed Toney's name after this story published). It doesn’t appear that Toney has done anything illegal. He doesn’t seem to have performed any services while impersonating a doctor.

Tom Joyce is with the Better Business Bureau of Greater Chicago. He admits this is a new type of business that the BBB has had to deal with. Joyce said they’re coordinating with bureaus across the country where medical marijuana is being grown, sold and used. He says they’re ready for incidents that signal questionable practices.

“We will accept complaints on these issues from consumers against physicians.” said Joyce, who added that people need to also do their homework if they’re looking for medical assistance. “You should always be checking things out in advance and being sure you’re going to be dealing with a professional.”

Morgan said that’s especially important because the state is closely regulating the thousands of people anticipated to participate in the program.

The Better Business Bureau also recommends checking with the American Medical Association to make sure their doctor prescribing medical marijuana is infact, a doctor.