Skip to main content
The architectural renderings feature a gleaming, state-of-the-art school. The $25 million construction tab will be completely paid for by a private donor.
The school operator—the Noble Network of Charter Schools—is one of the city’s most successful charters, with its mostly Latino and black students posting high ACT scores and its graduates in colleges across the country.
The proposed site, at 47th and California, is a vacant industrial lot, begging for re-development. The surrounding community, largely Mexican, has flocked to Noble’s existing schools, drawn to the focus on discipline, character and college.
Most other schools on the Southwest Side are at capacity—by some measures even overcrowded.
And despite all that, the proposal to open a 17th Noble campus has stirred up months of intense controversy that has peaked this week, as Chicago’s board of education is slated to vote on the new Noble campus today.
“We are seeing charter schools coming in and obliterating every other school in its area,” said Marcos Ceniceros at one of many hearings that have drawn hundreds of people over the past months, in favor and opposed.
Opponents like Ceniceros, an organizer with the Brighton Park Neighborhood Council, have compared Chicago’s high school landscape to the Hunger Games, with schools pitted against each other for students and resources—and death being the near-certain outcome for schools that don’t attract enough students.
Ceniceros is certain a new Noble school will siphon students, teachers, and programming from Kelly High School, five blocks away.  Kelly has already lost a third of its students and $4 million in recent years as five new high schools have opened nearby. 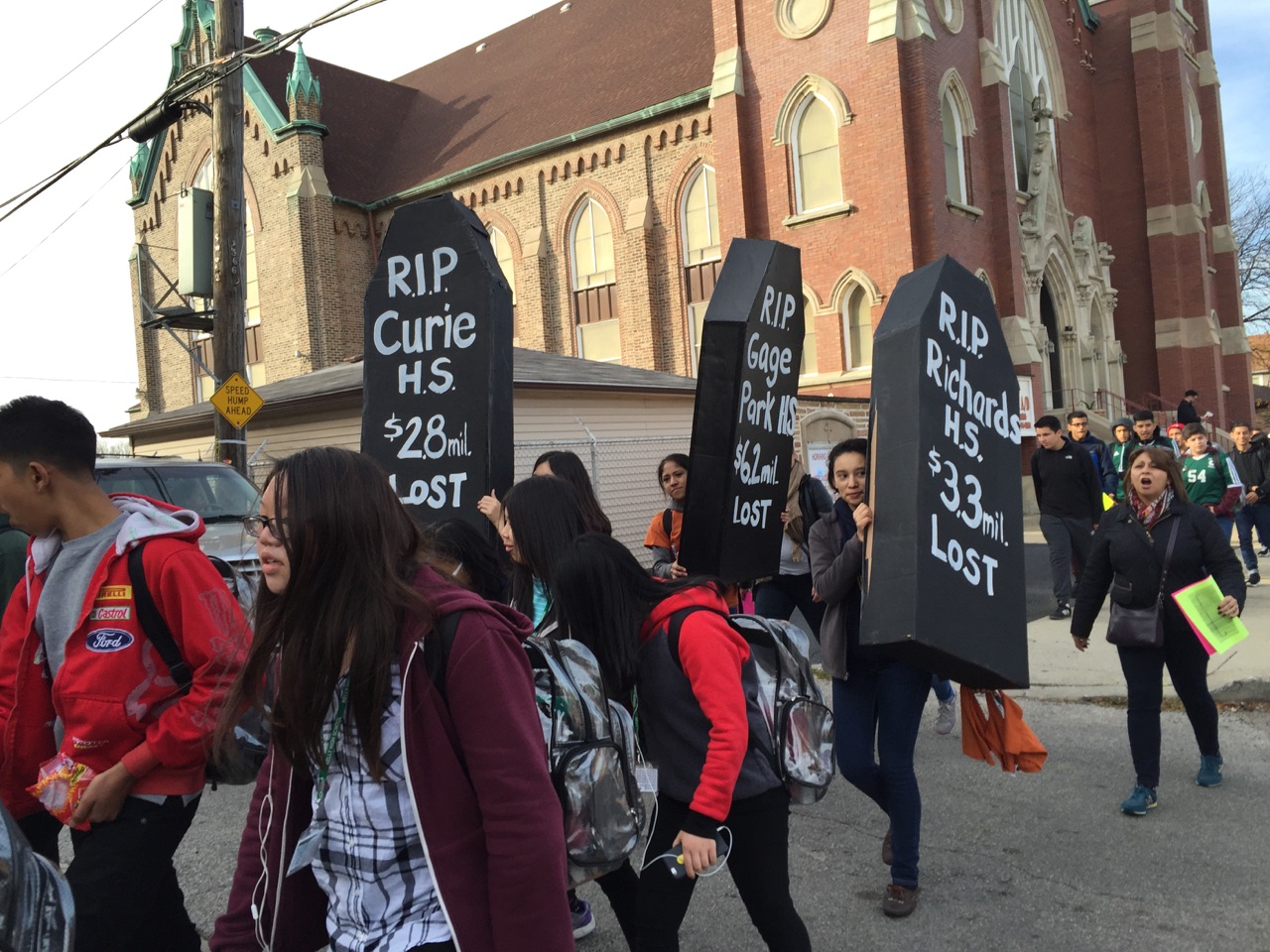 A protest Monday with students and the Chicago Teachers Union used a “Day of the Dead” theme to dramatize the impact a new school would have on the community; protesters built coffins with schools’ names on them, and an altar to programs lost to budget cuts—including AP classes, athletics, and “teachers”—presumably for the union teachers who will lose their jobs as students shift to charter schools.