On a recent Saturday afternoon, more than 20 families from across Cook County lined up at the county’s medical examiner’s office. They were hoping to find out what happened to their missing loved ones.

The multi-agency effort was free and offered DNA tests and other services. Families were encouraged to bring anything that could help aid the search — photos, medical records, and police reports.

The information the tests bring back could take several weeks or months, and nothing is guaranteed. But for the first time in long while, there’s hope.

Here are some of their stories: 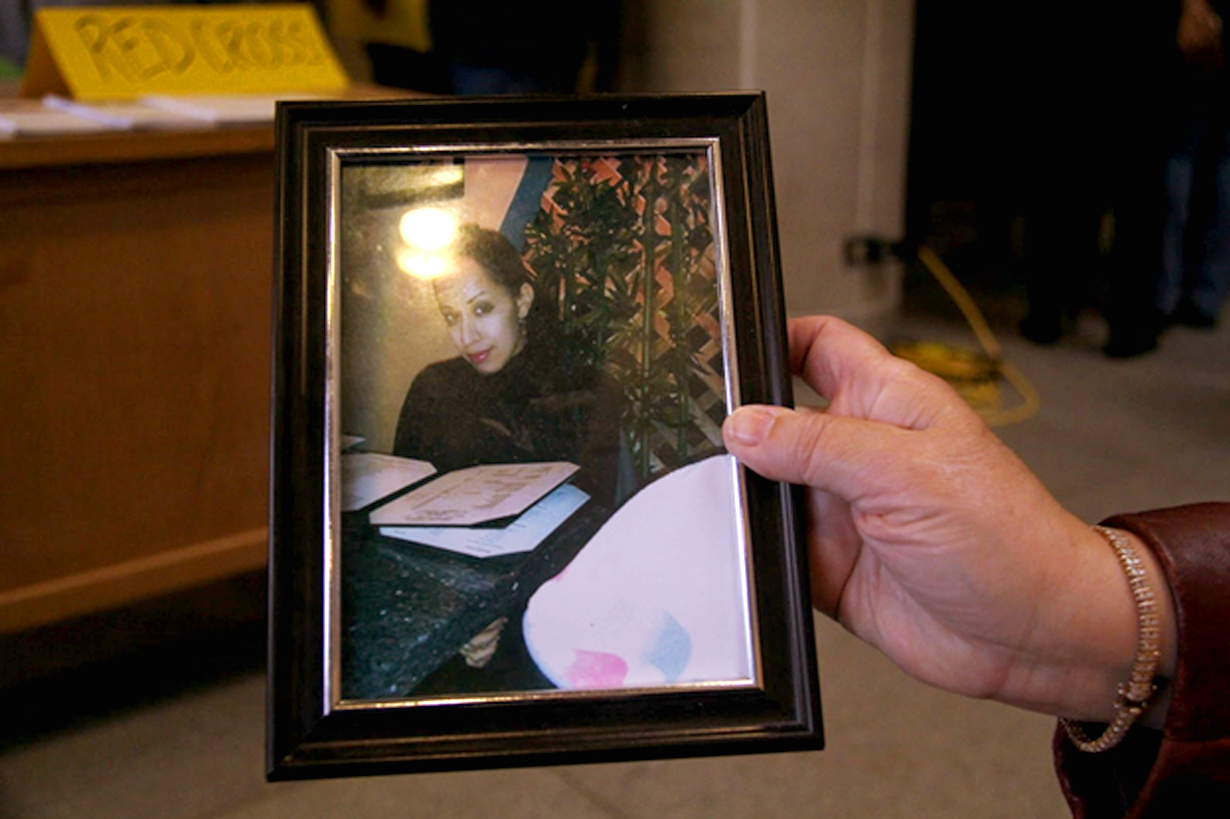 “She had just started a new job at a high school in the cafeteria, but apparently she never showed up. When my sister [Brenda’s mother], went to check on [Brenda], her husband said he didn’t know anything about it. So that started the whole ball rolling. So we’ve been looking — twice they did an area search by where she lived. The dogs were brought into the house but they couldn’t find any blood. So we’ve been looking ever since then, and just hoping that she’d show up and that hopefully she’s still alive. She has [five] children, the [oldest] is 11 years old and the youngest is a year and a half. So we’re here hopefully to get some answers, to put a closure to the situation. ... We really just want to know, is she still here or is she not, so we can move on. It’s frustrating to listen to the news everyday and you hope you’ll get the call that [it’s] her, and then you hope it isn’t. It’s just no way to live.” 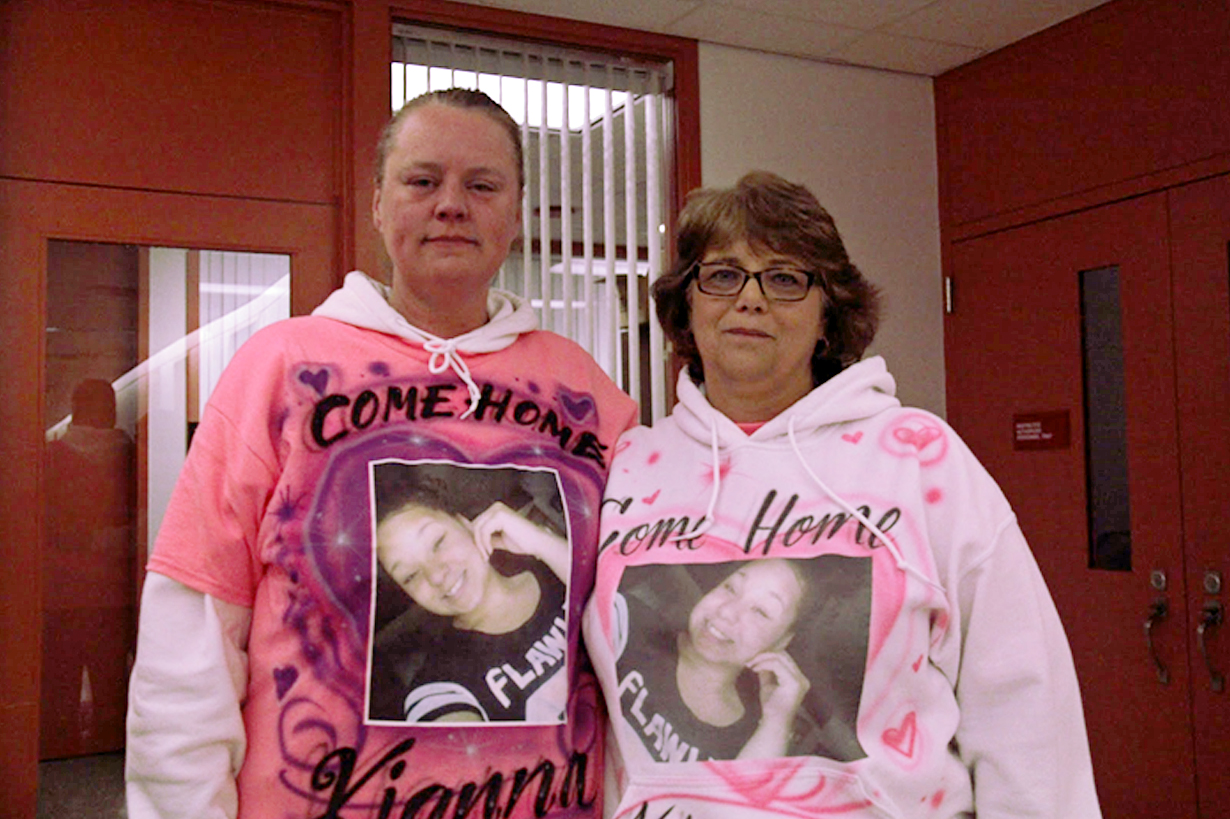 Fiona says her then-17-year-old daughter, Kianna, disappeared while walking to a friend’s house. She describes her daughter as a beautiful soul with a bubbly personality. Fiona says she’s already submitted DNA tests and entered her daughter’s case into the national missing persons database, NamUs. She came to Saturday’s event to talk with agency officials to find out if there was anything else she can do. It was her first time meeting another person who had a missing loved one. Kianna's 19th birthday is in July.

“She told her sister she was going to go to the park, and she didn’t go to the park. She went to a friend’s house, and this is the last person that saw or knows anything about my daughter. She never went where she was supposed to go. She went in the opposite direction and she’s never been seen since. ... You know, I almost died having my daughter, so for someone to steal her from me, it’s killing me. It’s hard; nobody gets it. You can’t understand it unless you’re in it. ... I see my daughter on the [The National Center for] Missing and Exploited Children poster, her face is right there, and that’s just devastating as a mom. I never thought that’d be my life.” 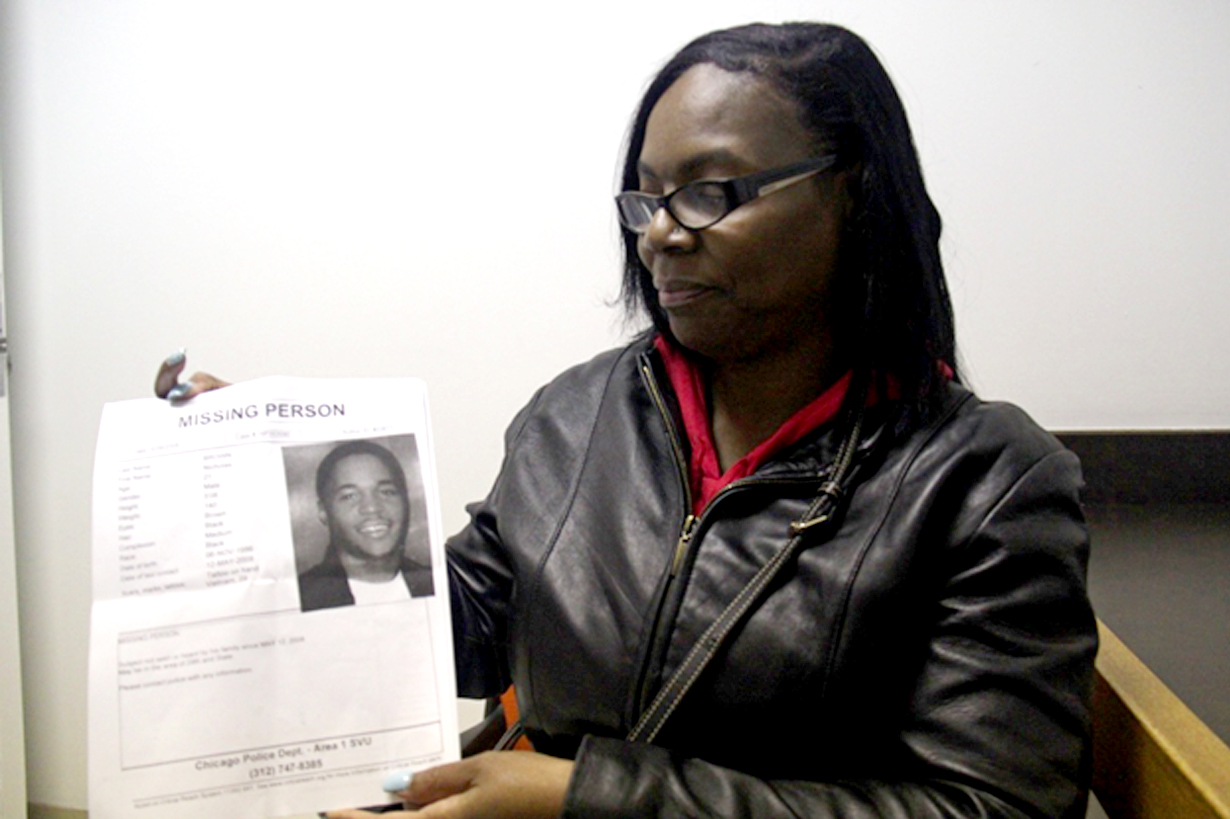 Renee says her son Nicholas disappeared days after his son was born. Renee says the family waited a few days to report his disappearance in case he was incarcerated under a different name. She submitted a DNA test to find out if Nicholas has been located out of state. As of this month, Nicholas has been missing for nine years.

“You know, people ask you what you feel as a mother, and [I’d say] 'nothing,' meaning I didn’t feel that he was still here. I had dreams about him and he said, ‘Don’t stop looking for me, keep searching for me,’ and whenever I’d try to reach for him or hug him, he’d run. ... If I would’ve known [about the DNA test], I would’ve did it when I made the report. I wouldn’t have waited this long. I actually didn’t want to come today because when you’ve cried so much and felt so bad, and then you come around people who are going through the same thing, and to see them breaking down — I don’t want to feel like that. It’s hurtful.”

Rochelle Liggins comes from a big family. There are 10 brothers and sisters — including her older brother Keith, who’s been missing for more than two decades. Surrounded by family members on Saturday, they sang "Happy Birthday" and shared cake with volunteers for what would’ve been Keith’s 50th birthday. Rochelle describes her brother as the family comedian and a lady’s man.

“It just so happened that this event happened on his birthday. So the advocate who’s been helping me, it was her idea to have a cake made in his honor. I just feel like [today] is a step towards us finding closure, cause it’s time. I think this is a good thing — people are out here missing. We need to find our loved ones. ... We don’t actually know what happened to him, so if there’s a chance [the medical examiner’s office] has his remains and he’s not just out there, that’ll give us closure.”