Timothy Mapes, Madigan’s chief of staff since 1992, has been a state employee for 40 years and until his firing was paid at a rate of $17,332 per month, state records show. That equates to an annual salary of nearly $208,000.

Mapes is 63. Because of his age, long tenure in state government, and his high rate of pay, he qualifies for a state pension exceeding $125,000 annually based on calculations by WBEZ. That’s nearly quadruple the $31,502 that the U.S. Census lists as per capita income in Illinois.

“It’s amazing. It’s just amazing that this guy is going to get away with that type of pension after doing what he did,” said state Rep. Jeanne Ives, a former Republican gubernatorial candidate and frequent Madigan critic. Ives has become a leading voice against the sexual harassment that has flourished for decades at the state Capitol.

“He’ll jet off to Florida and never have a care in the world,” she said of Mapes. 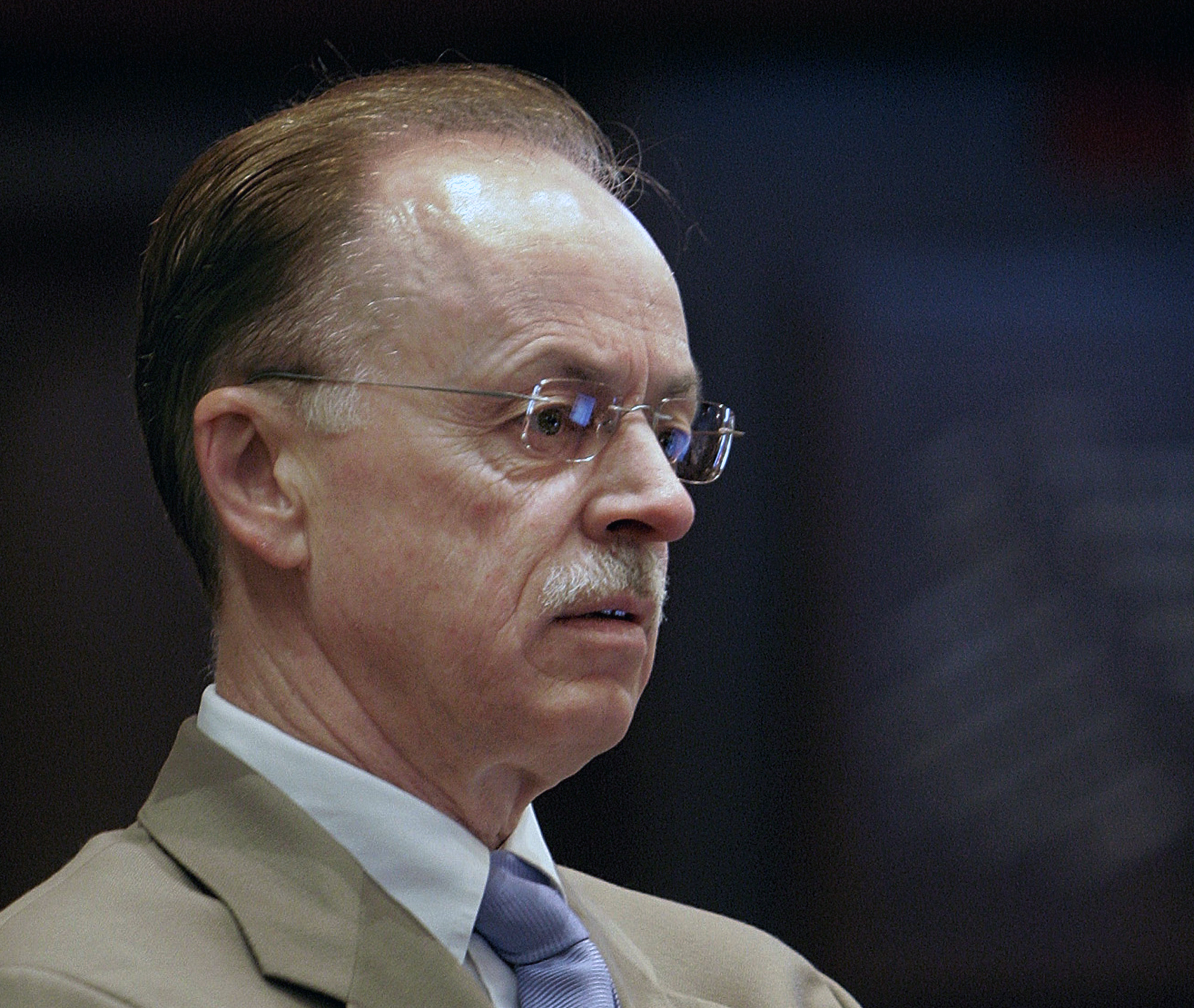 Illinois’ generous state pension law allows retirees within the State Employee Retirement System to recoup up to 75 percent of their earnings averaged out over their highest-paying, four-year period. That law limits the revocation of a pension to cases of an employee committing a felony in relation to their state duties.

Mapes’ accuser, Sherri Garrett, is an employee in the House clerk’s office that Mapes also led. During a press conference Wednesday, Garrett alleged he mishandled sexual harassment allegations and made inappropriate comments toward her.

In separate instances, Garrett said Mapes made inappropriate comments about her bra and about her cheating on her husband. Another time, she said Mapes made light of the #MeToo movement and sexual harassment training for General Assembly employees. Garrett also said she once told Mapes that a lawmaker was sexually harassing her colleague, and Mapes replied by asking if she was jealous she wasn’t getting the attention.

Garrett indicated her intent to lodge a complaint against Mapes with the legislative inspector general, Julie Porter.

Garrett’s public allegations triggered Madigan to quickly fire Mapes as chief of staff and House clerk. Mapes also resigned as executive director of the Democratic Party of Illinois, a post he has held since Madigan took over the party’s chairmanship in 1998.

“It is clear that the culture needs to change and we need to ensure all issues are dealt with quickly and appropriately,” Madigan said in a written statement.

Mapes consistently has been among the highest paid staffers within the General Assembly – a vital cog in the machinery Madigan has used for decades to control what legislation lived and died in the Illinois House. Mapes’ annual pay exceeded $175,000 nine of the last 16 years, state records show.

Mapes also oversaw renovation of the state Capitol that was put on hiatus under former Gov. Pat Quinn amid questions over the costs, including a set of copper-encased doors for one entrance to the statehouse that cost nearly $700,000.