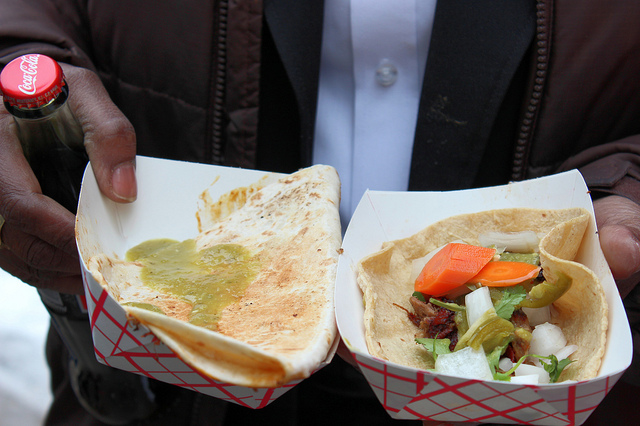 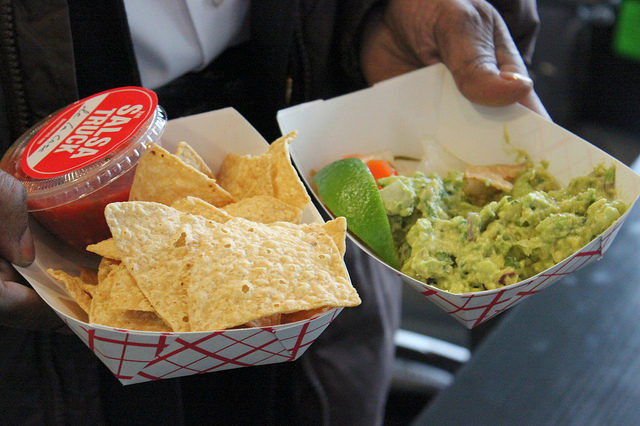 Just after noon, a line about a dozen deep stretched across the sidewalk, ringed by three television camerapeople and two food bloggers, including yours truly.

Food was cooked on board, including cameron quesadillas, "shrimp marinated in homemade achiote with pineapple" so says the menu, and carnitas tacos, "rubbed in our signature spice blend and braised." 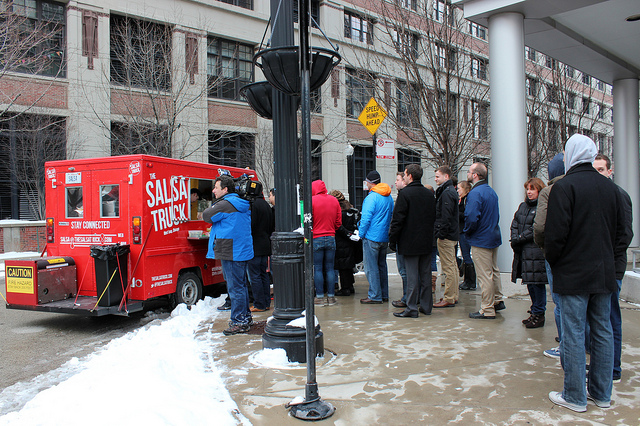 But not quite at the two-truck food stand at 600 West, as the location is commonly known among food truckers. The stand is actually located on Kingsbury between Chicago and Larrabee, or more importantly, in front of Groupon HQ. 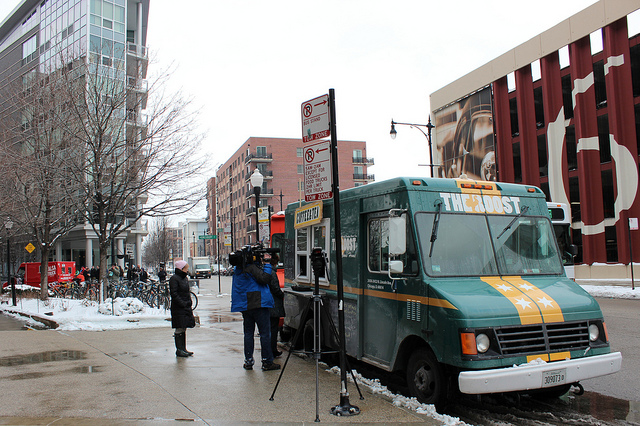 The Roost and Beyond Borders trucks were already there. The former serving southern comfort food, and the latter "farm to food truck" fare and actually the mobile unit of City Farms Market & Grill — a so-called brick and mortar restaurant. 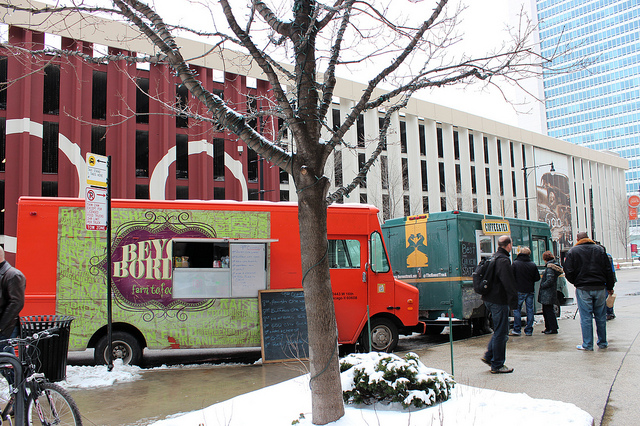 Anyone notice the length — or lack thereof — of the food truck stand? Which again, is supposed to hold two trucks at a time. Anyone else ever get ticketed for having an inch of bumper beyond a No Parking sign?
Good luck food truck friends. You'll need it in this city. 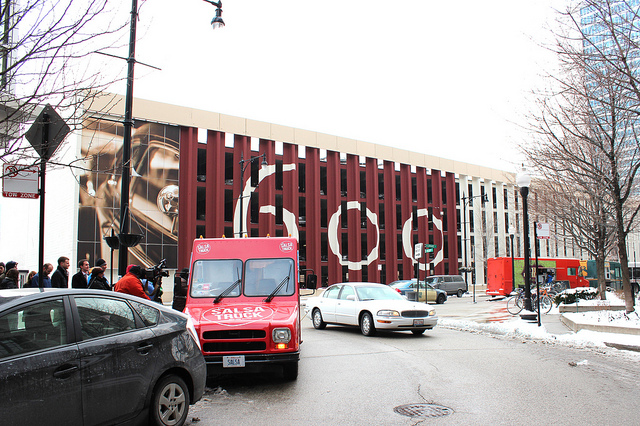