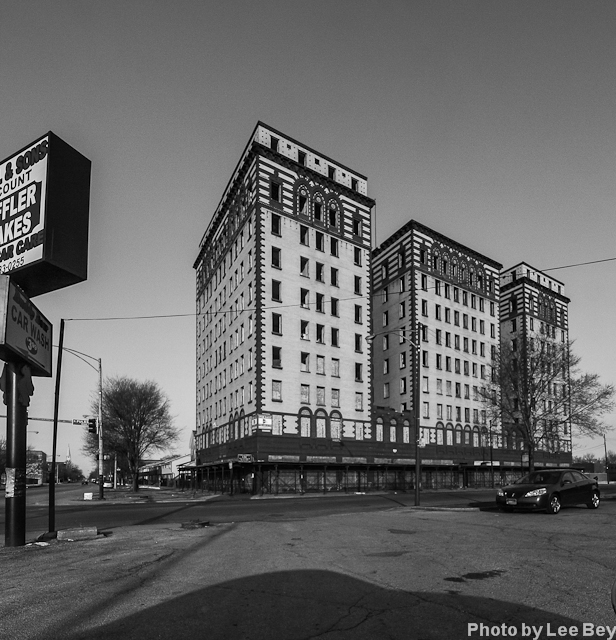 A modernist Lake Bluff house and a hulking former West Side hotel from which WFMT once broadcast are among the state's ten most-endangered historic places, the preservation group Landmarks Illinois announced today.
“The sites named to the list are all exceptionally important,” the organization's interim executive director Jean Follett said in a news release.“By calling attention to them we hope to encourage solutions for their preservation.”
The group released its list at 10 a.m. news conference in Springfield. The list includes the vacant Hotel Guyon at 4000 W. Washington, seen in the photo above. The former 300-room hotel has been vacant for a decade and is in demolition court, Landmarks Illinois said. The hotel was featured in this blog in February.
Landmark Illinois' list also includes the Edward Blair House, a stunning midcentury modern lakefront home for sale in Lake Bluff. Built in 1955 and designed by architects Keck & Keck, the 7,550 square foot home sits on 27 acres and has a $9.9 million asking price. The house--unprotected by landmark laws-- is "vulnerable" to being torn down in favor of building a larger home the site, according to the organization.
Here's a listing agent's photo of the house: 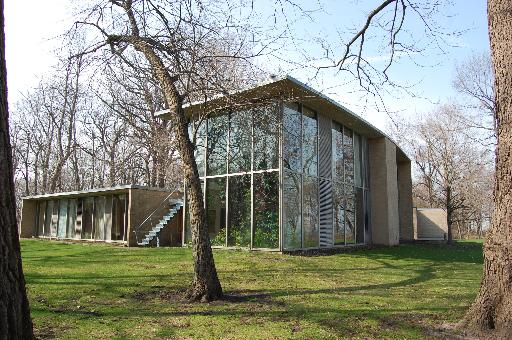 The John Van Bergen-designed Fox River Country Day School also made the list. The Elgin institution with a naturalist, Prairie School-style 53-acre campus, closed last year and is for sale. The group fears the site could be demolished for redevelopment. Below is an image I took during a visit to the campus last year: 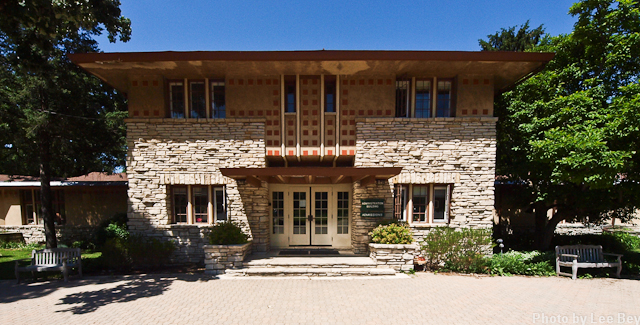 Landmark Illinois' entire list and photos can be found here. When you arrive, click on the "Press Room" link.