I grew up near a landmark intersection, though I didn’t realize it at the time. 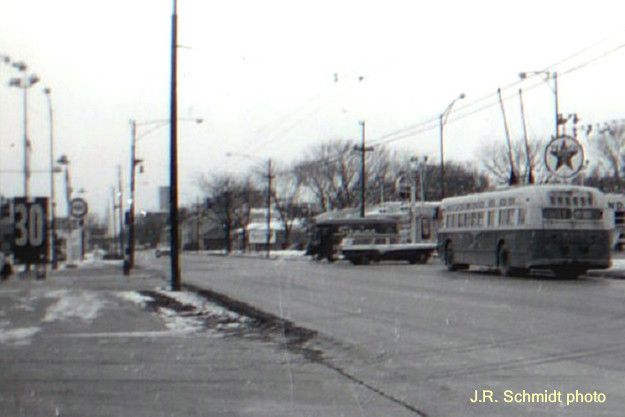 The Standard station on the northwest corner came first. Then, going clockwise around the intersection, there was Texaco, Mobil, and Pure. I’m not sure in what order these other stations were built.

(There was actually a fifth gas station a few hundred feet east of the intersection. A tiny Sinclair station stood on the southeast corner of Montrose and Mason. Grandpa Price said it had been there since the 1920s. By 1965 it was gone.)

Next to the Mobil station there was a vacant lot where we played baseball. Like most Chicagoans, we called it "the prairie." Other than that, I had no connection to the four gas stations on the four corners, and no stories to tell about them. They were simply part of the neighborhood.

During the 1970s, with gas prices rising, four stations became redundant. The Texaco was the first to go, converted into an auto clinic. The Standard became a bank branch. The Pure was an Arco for a while, and then a fast-food drive-thru. Today there’s only one gas station at Montrose and Austin. 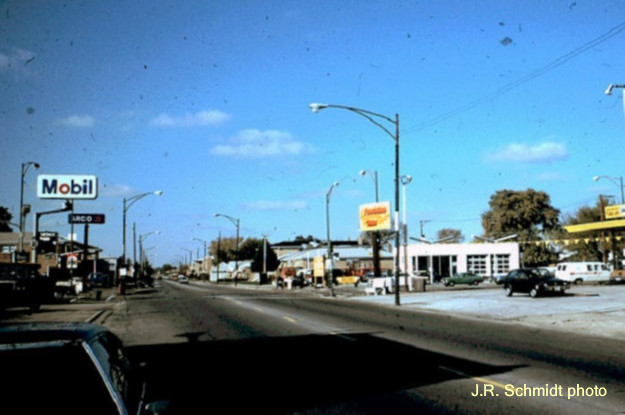 Chicago had a few places where three gas stations crowded the four-corner intersections. Montrose-Austin was the only place in the city where I ever saw four stations on all four corners, though I suspect this might have happened in the suburbs.

Were there any other four-corner intersections within the city limits that had four gas stations at one time? I'd be interested in learning where they were.