Sunday was the legal start of gay marriage in Illinois. But only a few of the 102 county clerks statewide opened to issue the documents because the day fell on a weekend. So for many, Monday marks the widespread rollout of the law. Gov. Pat Quinn plans to mark the occasion by attending a wedding at Chicago's Museum of Contemporary Art on Monday afternoon.

More than a dozen counties - including Cook County - started issuing the licenses earlier this year after a federal court ruling, but most counties opted to wait until the law officially took effect June 1. Late last year, following an earlier court order, Cook County began issuing marriage licenses to couples in which one member was terminally ill.

Sunday was also the first day couples in civil unions could file to have their unions converted to marriages. 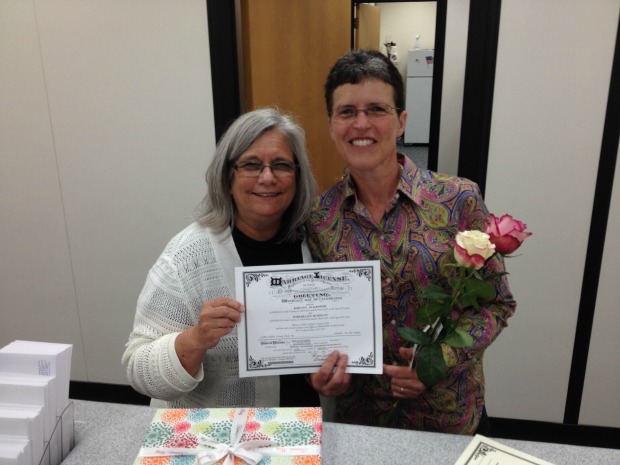 Gay couples and civil rights advocates across the state marked the date Sunday with blessing ceremonies and group weddings, and several county clerks briefly opened their offices to issue licenses for those not wanting to wait for Monday morning.

Dennis Cockrum, 58, from Champaign, was among those who visited the Champaign County Clerk's office on Sunday to get a marriage license with his partner of 15 years, 55-year-old Joel Brotherton.

"Being a part of history, it's something I never thought I would see in my lifetime," Cockrum said, adding the couple hadn't yet started making wedding plans.

"To have love recognized, it's a tremendous day for us," Brotherton said.

In a statement Sunday, Quinn said Illinois is now on the "right side of history."

"All couples across Illinois can now receive the rights and protections under the sacred vow of marriage," he said. "The Land of Lincoln has always been a place to embrace all people and today we stand as an example for the rest of the nation." 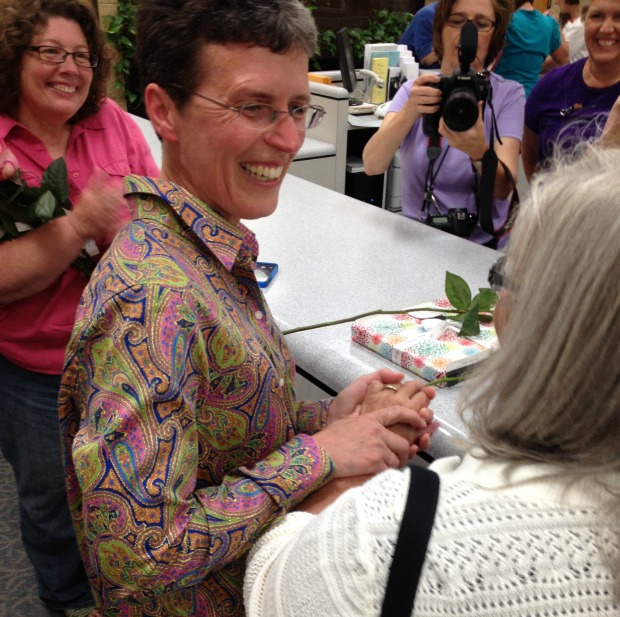 Equality Illinois officials estimate about 1,300 couples have wed since February, most of them in Chicago's Cook County.

Clerks in 86 counties opted to wait until the Religious Freedom and Marriage Fairness Act officially took effect. Some counties worried that issuing licenses before June 1 could trigger lawsuits against them and perhaps cause legal problems for the couples themselves.

"We have heard a lot of joyful reports," said Camilla Taylor, Marriage Project director at the gay rights group Lambda Legal. "Illinois is firmly in the equality column."

Sen. Heather Steans, a Chicago Democrat who helped champion the gay marriageeffort in the Illinois Legislature, said Sunday was a celebration for diversity across Illinois.

"Today, love wins," she said before a crowd of dozens of people, who lifted glasses of sangria to toast the occasion at a beachfront celebration on Chicago's North Side.

Michelle L. Sevig, 47, from Chicago, who also attended the celebration, said she planned to wed her longtime partner with whom she has three children. The two had their relationship blessed during a church ceremony in 1999. And in 2011, they received a civil union.

"We're in full celebration mode today," said Sevig, who is a Lutheran minister. "Marriage equality, what can I really say? It means the world to me and my family."
___
Associated Press writer Caryn Rousseau contributed to this report.