The titular frontman of the popular web series "Nostalgia Critic" is not the most warm and fuzzy of characters.

On the contrary, Chicago-based writer, comedian, and filmmaker Doug Walker plays the Critic as a bitter and maniacal loose cannon, reviewing mostly nostalgic films and television shows, sometimes old commercials and video games (often of the cheesy 80s and 90s variety, but recently contemporary works too) with frequent sarcasm and bursts of rage.

Yet Walker's satirical lashing of everything from "The Care Bears" to "Catwoman" is also the very basis of his appeal, and the reason why millions of Internet viewers keep tuning in to watch his videos week after week.

The episodes — available for endless hours of free viewing on That Guy with the Glasses.com — are consistently smart, fresh, and funny, with plenty of clips and expertly-edited footage to keep Walker's signature brand of comedic timing both delightfully nerdy and satisfyingly sharp.

I've been a fan of Walker for many years, first discovering his videos on YouTube (where "Nostalgia Critic" originally launched in 2007), then following him to his current partnership with online media production company Channel Awesome and content host Blip.tv.

Other shows and specials that Walker has launched include "Shut Up and Talk," the Q&A comedy series "Ask That Guy," "Sibling Rivalry" with brother and co-writer Rob Walker, "Bum Reviews," the science fiction parody film "To Boldy Flee," and many more.

But when I pulled up to Walker's office in Lombard to finally meet the man behind the content, I wasn't quite sure what to expect. 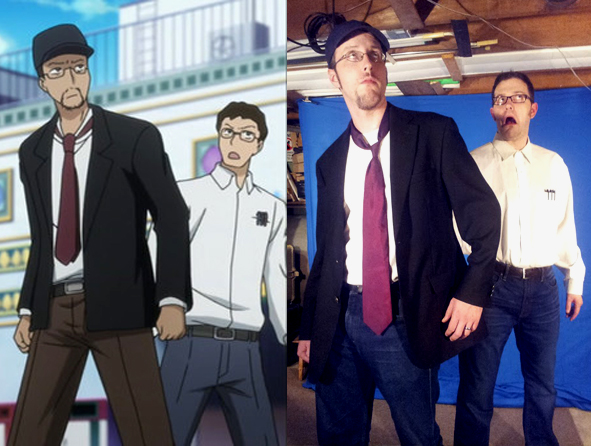 I was greeted by Mike Michaud, chief executive officer of Channel Awesome, who gave me a tour of the facilities. A living area with a couch and TV (which I immediately recognized from recent "Nostalgia Critic" sketches) opend up to a surprisingly large warehouse space in back, containing a treasure trove of assorted costumes, props, lights, cameras, and set pieces.

I also spotted a green screen used in many of Walker's videos, as well as a colorful "Saved by the Bell" diner-inspired set for a new Channel Awesome game show, which Michaud said will premiere in 2014.

When Walker arrived, we began what ended up being a nearly two hour-long conversation about his creative process. He was incredibly gracious, friendly, and sincere; the kind of guy you could easily imagine geeking out with over pizza and a "Batman" movie marathon, or warmly welcoming Nostalgia Critic devotees who've waited in five-hour lines at conventions just to get his autograph.

In person, Walker's charisma seems effortless. Coupled with his quick wit and refreshing lack of pretension, it's no wonder that he has acquired a massive fan following over the years.

Michaud said That Guy with the Glasses averages about 220,000 site visits a day and between 20 and 22 million page views a month, with 1 million being unique views from new visitors.

Walker was born in Naples, Italy; and because his father was in the Navy, lived in many different places across the United States when he was growing up. He went on to study film at Northern Illinois University, majoring in communications.

After college, he worked as an illustrator and started making YouTube videos for fun. He first grabbed viewers' attention with clever 5 second movie versions of popular films, and gained more notoriety with his snarky "Nostalgia Critic" reviews.

In 2008, "Nostalgia Critic" moved from YouTube to the independent site That Guy With the Glasses and Channel Awesome. By 2009, an increased income from advertising on the new site allowed Walker to quit his day job (a video that he made to commemorate the occasion also went viral) and develop his web persona full-time.

Toward the end of 2012, Walker briefly retired the "Nostalgia Critic" to concentrate on another web series,"Demo Reel."

The Critic made his triumphant comeback in the January special, The Review Must Go On, but under some new conditions:

You've played the Nostalgia Critic for about six years now. Is he a different character now than he was at 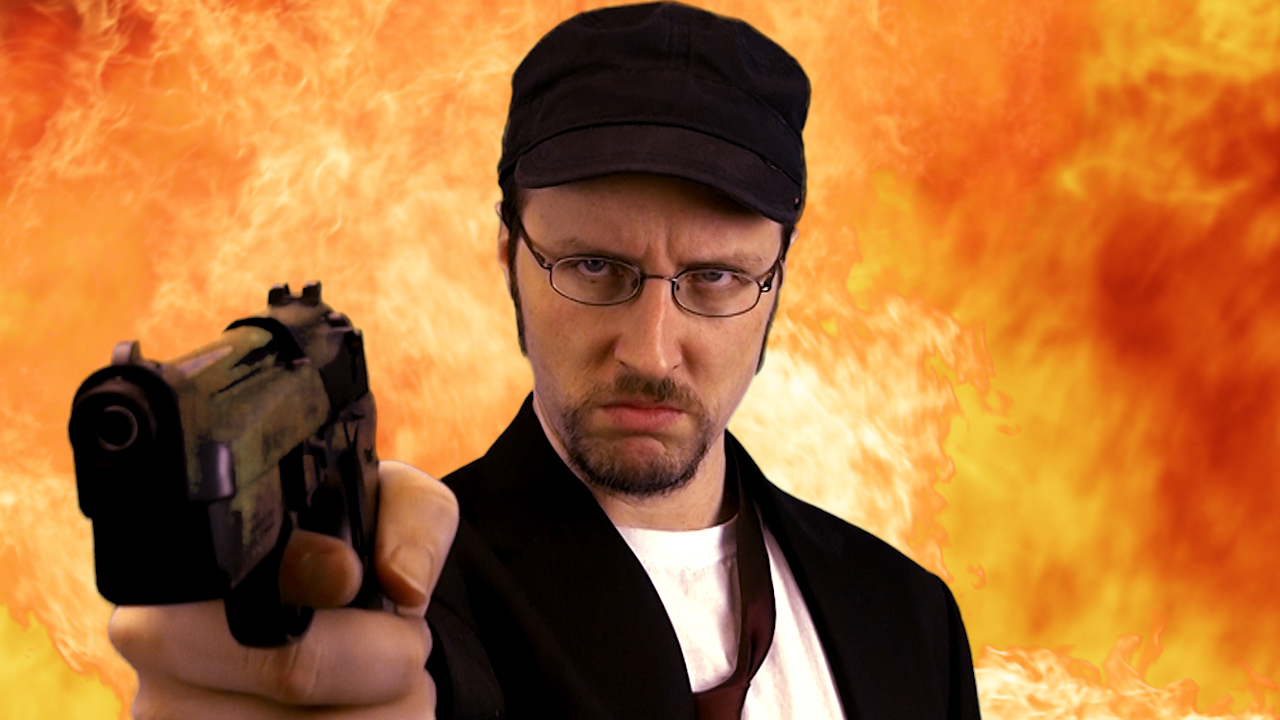 DOUG WALKER: He really has evolved, because if you look at the Critic from the beginning of the show, he's just a big loser. I mean, everything has to be his way — he's always screaming, always shouting, always angry — so after a while, we evolved him so that he's a little more open, and he questions things a little bit more.

The big thing that I've found when I was doing the character was that people were siding with him beforehand and wanting to get on his side, and that wasn't my intention! [Laughs] I was like, 'Don't get on this guy's side, he's not a good guy!' I realized that I needed to even him out, because a lot of people were seeing him as a hero. So I said, 'Let's actually make him more relatable.'

Even through the anniversary specials, you can see that he opens up a little bit more, which makes sense. For any character, if you want to evolve them, you have to show a different side. Since the Critic was already unpleasant, it made sense to evolve him into something a bit more likeable.

How would you define the role of a critic today? What does being a critic mean to you A.E. (After Ebert)?

DW: I used to think that the role of a critic, whether they're just being themselves or playing a character like I have, is to say whether something is good or bad. But that's kind of presumptous, because it's all subjective. So then I thought, maybe it's just giving your opinion and stating it very well. But his opinion might not match my opinion, so what does that necessarily mean?

Now, what I've come to in terms of being a critic is this: what a critic should do is challenge someone's point of view. Even if you agree with it, just give some different outlook or point of view that perhaps another person hasn't thought about before.

That's what I liked about Ebert, and Gene Siskel, is that you could listen or read their work and they could bring up something that you'd just never thought of. If I really liked a movie they hated, or they liked a movie that I hated, I could still find a different point of view in there that I'd never really considered. That's what I really liked about them, and also how they just cared so much about film, and were so passionate about it.

DW: The first thing I would usually say is, 'don't.' [Laughs] Because I totally acknowledge that I got really lucky when I came into this; I was just the right person at the right time.

But I think a lot of people that now make a living out of this obviously did go for it. So, if you absolutely have to, if you have it embedded in you and you can't get it out, try doing what other people aren't necessarily doing. And if you absolutely have to do something that's similar to someone else, find your own angle and your own point of view on it —because if you say, 'I want to be just like the Nostalgia Critic,' well, "Nostalgia Critic" is already doing that. Try to do something from an angle that nobody is doing, and be consistent. Get the stuff out constantly.

Not to their discredit at all, but I think a lot of people put a lot of time and effort into making a video look good and sound good, which means that the videos look great, but might only come out once every couple months or something, and you're not going to keep an audience with that. Also, try to ask yourself, 'If I was going through the Internet, what would I click on?' or 'What would I want to see?' because there's a lot of potential viewers out there who are doing the same thing.

Have you ever changed your mind about a "Nostalgia Critic" episode that you said you would never, ever do?

DW: Honestly, at some point, I will do "Matilda." I know that I will now, because there's been so many people saying, 'Don't do it!' which makes me think, 'The views on this are gonna be great!' [Laughs] But I know that I can't just rush into that; it's still something that we're trying to get ideas for, because we really want to do it right, because it's been so built-up.

But yeah, it still has to be something that I feel I can get material out of. If it's something that I know nothing about, or I know that I'm going to be out of my element with it, I'll stay away.

That's what I should have done with Let's Play Bart's Nightmare, because I knew very little about it, and I dove in still knowing very little, and it blew up in my face. You take a chance and see what's new, and sometimes it's going to bomb, and part of the process is learning what to do with a failure. Now it's a fun joke, like 'Is this as bad as Bart's Nightmare?' and so forth. You just have fun with it. 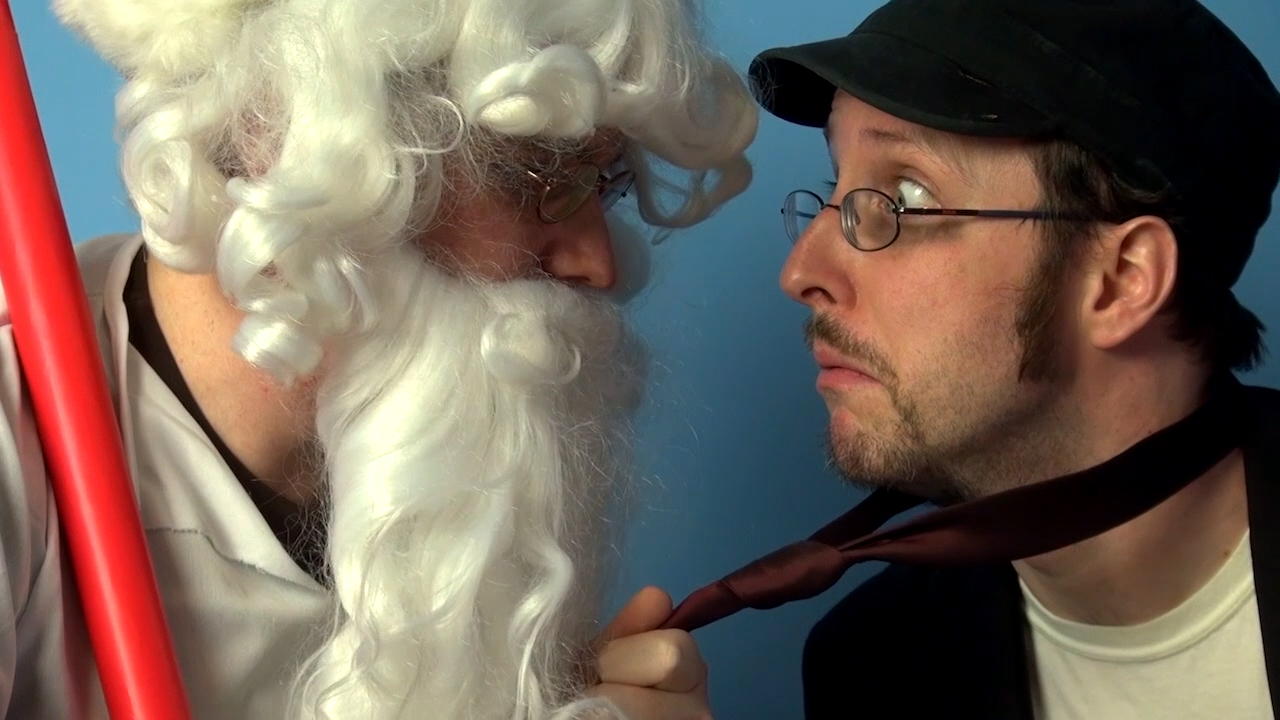 You recently invited Greg Sestero, the actor who played Mark in "The Room," to appear on an episode of "Nostalgia Critic" after he said that he enjoyed your review of the film. Who have been some of your favorite guests to have on the shows so far?

DW: Every time that someone has [said something nice about the shows], we try to have them on. It would be cool to get Dante Basco, who played Rufio in "Hook" and Zuko in "Avatar: The Last Airbender." I talked about him for a while in the vlogs, and he really liked it and posted a link and stuff like that, so that was really cool.

Obviously, Mara Wilson [former child star of "Ms. Doubtfire" and "Matilda," who appeared in the "Nostalgia Critic" review of her film "A Simple Wish," the first episode of "Shut Up and Talk," and on "Demo Reel" as the wife of Walker's character].

Some of the creators of "Batman," the animated show, have said that they liked our work, and the people from "Anamaniacs" came on for a special. So, honestly, to anyone who reaches out, I say, 'Come on in!'

Besides the late, great Roger Ebert tweeting the "Nostalgia Critic" episode A Tribute to Siskel & Ebert and calling it "the best, funniest video about Siskel & Ebert I've ever seen" (you said you framed the tweet—I would have too!), what has been the most meaningful feedback that you've received for your work?

DW: The coolest ones for me are when fans write in to say, 'I went through something tough,' or 'I have depression, I have an illness, I lost somebody close to me, I've had a tough year ... and you're stuff has really helped.'

So that's always cool every time I get those, and I try to save those too, and actually keep them in a nice collection. That always means the world, because like I said, you don't expect it, and it's like, 'Ok, let's keep doing this.'

For more information on everything related to Nostalgia Critic and Channel Awesome, visit thatguywiththeglasses.com and follow Walker's Facebook page for updates on what's next!