Psst: This story is also answered in an interactive comic. Click the image below to view it! After it loads (it may take a bit), you'll see instructions on how to see all of the panels. 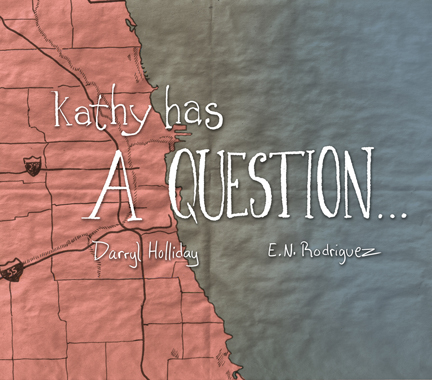 The phrase “Chicago is a city of neighborhoods” has been said enough times that it pains me to repeat it here; however, if you accept the idea that the “neighborhood” is the center of life in Chicago, the term itself is worth taking a look at. After all, where, exactly, do those beloved neighborhoods (and their names) come from in the first place?

It seems that new, smaller neighborhoods are forming out of larger neighborhoods in Chicago all the time. Who decides when a specific area of the city becomes an officially recognized "neighborhood?"

Could we get Kathy an answer? Yes — just not the ones we expected, and not all at once. When we dug around for answers, it became clear that Kathy’s question could be broken into two parts, and that each could be informed by a story.

I’m part of a two-person journalism and graphic arts team called The Illustrated Press. My partner, E. N. Rodriguez, and I are in the business of creating comics inspired by real-life. Little wonder, then, that our explanation of how one Chicago neighborhood was formed is done through illustrations. Basically, we tackled Kathy’s question with traditional reportage (real sources, narrative and direct quotes) and combined it with detailed, sequential art. We created this comics journalism story to explain what we found concerning the first part of Kathy’s question: How do neighborhoods form?

We could have taken many angles, but since Kathy asked the question we started from her perspective, and she’s front and center in the piece. When Kathy and I first spoke, she was in the process of moving into a new home, so we decided to take a walk with her through Edgewater, from her old home in Edgewater Beach to her new home in Edgewater proper — the “Edgewater triangle” to be specific.

We later conducted interviews with city officials and the Edgewater Historical Society, among others, and then filled in the gaps with additional research on the city’s history of neighborhoods.

The result: Kathy’s own neighborhood happened to provide one the best examples of how residents determine their own collective fate. Edgewater is the only Chicago ‘hood to have gone from a neighborhood to an official community area since the community areas were first laid out in 1920.

The area is unique because even though neighborhood boundaries change with time, the 77 community areas have only changed twice. Edgewater is currently #77 of 77, but it was once part of #3 — back when it was lumped in with Uptown when the community areas were made. 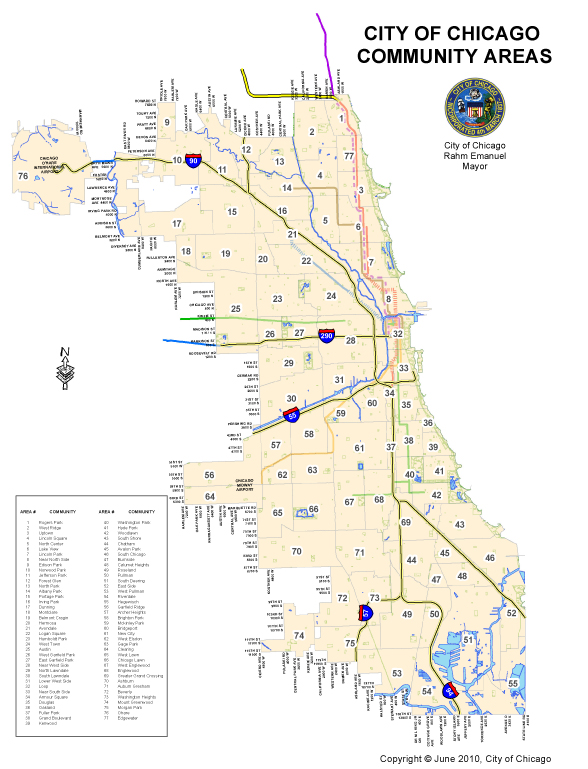 In the process of investigating our question we stumbled upon accusations of legal misconduct and learned more than we expected about how the city’s various ‘hoods come into being.
Our comic, “Kathy Has a Question…”, can be seen by clicking here.
A “who” story
Honestly, we expected the answer to this part of the question to be easy; it would either be realtors or the city government itself — but neither of these groups get at the full story.
Realtors do influence the names of neighborhoods but, try as they may, they often face backlash when they attempt to fabricate “new” communities. And the city hasn’t conducted an official survey of what residents call their own neighborhoods since 1978 — the resulting map is the only official neighborhood list and shows the borders of 178 neighborhoods.
It’s also sorely outdated.
Likewise, an obscure ordinance was enacted in 1993 based on that 1978 survey. 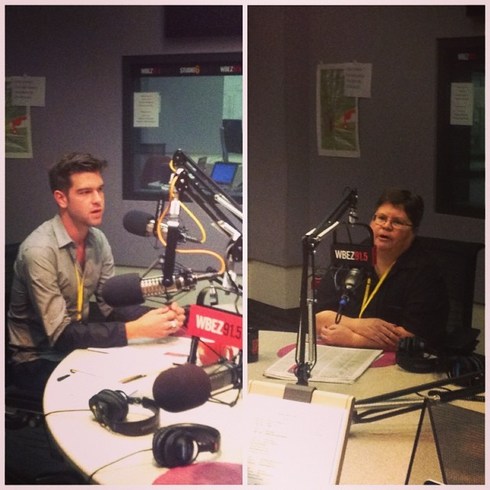 The ordinance sets those 178 neighborhoods in stone, but many of the ‘hoods have either disappeared, had their boundaries shifted, or, in some cases, they’ve fractured into pieces, becoming neighborhoods within neighborhoods. Again, consider Edgewater; it’s commonly known to include six sub-neighborhoods under its umbrella.
The point being: The city isn’t in charge here.
Actually, many of Chicago’s neighborhoods are being updated and labeled by one man: Christopher Devane, a local mapmaker and president of Big Stick, Inc., a Naperville-based publisher.
Devane has been making neighborhood maps for the last decade and plans further updates as the city’s neighborhoods evolve.
But this is where things get a bit tricky. Devane claims the city has been copying his neighborhood borders (without his permission), beginning around 2005.
By surveying residents on the changing boundaries and the names used within them, Devane has essentially been doing what the Department of Planning did in 1978 when it conducted citywide interviews to create a map. But because the city hasn’t done such a survey in decades, Devane (a lifelong Chicagoan) has picked up the slack.
City officials deny Devane’s claim of copyright infringement but the city did change a neighborhood map displayed on the city’s official website — shortly after I spoke to them in September.
The city’s old map contained around 228 neighborhoods, many of which resembled Devane’s boundaries. Its new map contains just 86 neighborhoods, several of which are out-of-date or have all but disappeared.
For example, it doesn’t include the Back of the Yards, Marquette Park, Bronzeville, Palmer Square, among others. And, bringing things back to Kathy’s question, the city’s map is also missing five out of six of Edgewater’s sub-communities.
While the city’s legal department admits the city referenced Devane’s work in the past, they say copyright infringement isn’t on the table because facts — in this case, facts about the location of borders — aren’t considered copyrightable to begin with.
Here are all three maps for a side-by-side comparison - the graphic is small due to website limitations. To examine the maps in larger versions, open the following links in consecutive browser tabs:
1.     Current neighborhood map (current map link is down on the City of Chicago's site as of 11/11).
2.     Previous neighborhood map posted on the City of Chicago site as of September 2012.
3.     Christopher Devane's neighborhood map.

If you’re a Chicagoan, maybe you can decide which map best represents the Chicago you know because, in the end, neighborhoods are defined by Chicagoans.