In the 20th century, millions of black Americans who lived in southern states packed up and moved to northern cities — drawn by the promise of greater freedom and better jobs. Many headed to Chicago.

They brought a musical genre with deep African roots that reflected the realities of black life: the blues.

My granddaddy Narvel Eatmon and my grandma Bea Eatmon were among them. And when they established themselves in Chicago, they found success in the growing blues industry.

That’s one of the reasons I wanted to answer a question from Curious Citizen Charlie Davis, who asked:

What role did the Great Migration play in establishing the blues industry in Chicago?

During the time of the Great Migration, Chicago’s blues industry became by far the largest in the Midwest.

People like my grandparents helped build that industry. Their story reveals how the black community that came to Chicago during the Great Migration was able to take advantage of the city’s nightlife and established recording industry to make it their own.

Both my grandparents grew up in a place that was home to one of the earliest-known blues styles: Mississippi Delta Blues. They came from that Mississippi River culture and were immersed in the music of the region.

“The reason many people left Mississippi, and Alabama, and everywhere, is because they were tired of the circumstances there,” says my aunt Mary Brooks, who is our family’s unofficial historian. “So, they came north and they brought the blues with them.”

When they got to Chicago, they moved into the Black Belt on the South Side, which eventually spanned roughly between 12th and 79th streets and Wentworth and Cottage Grove avenues. 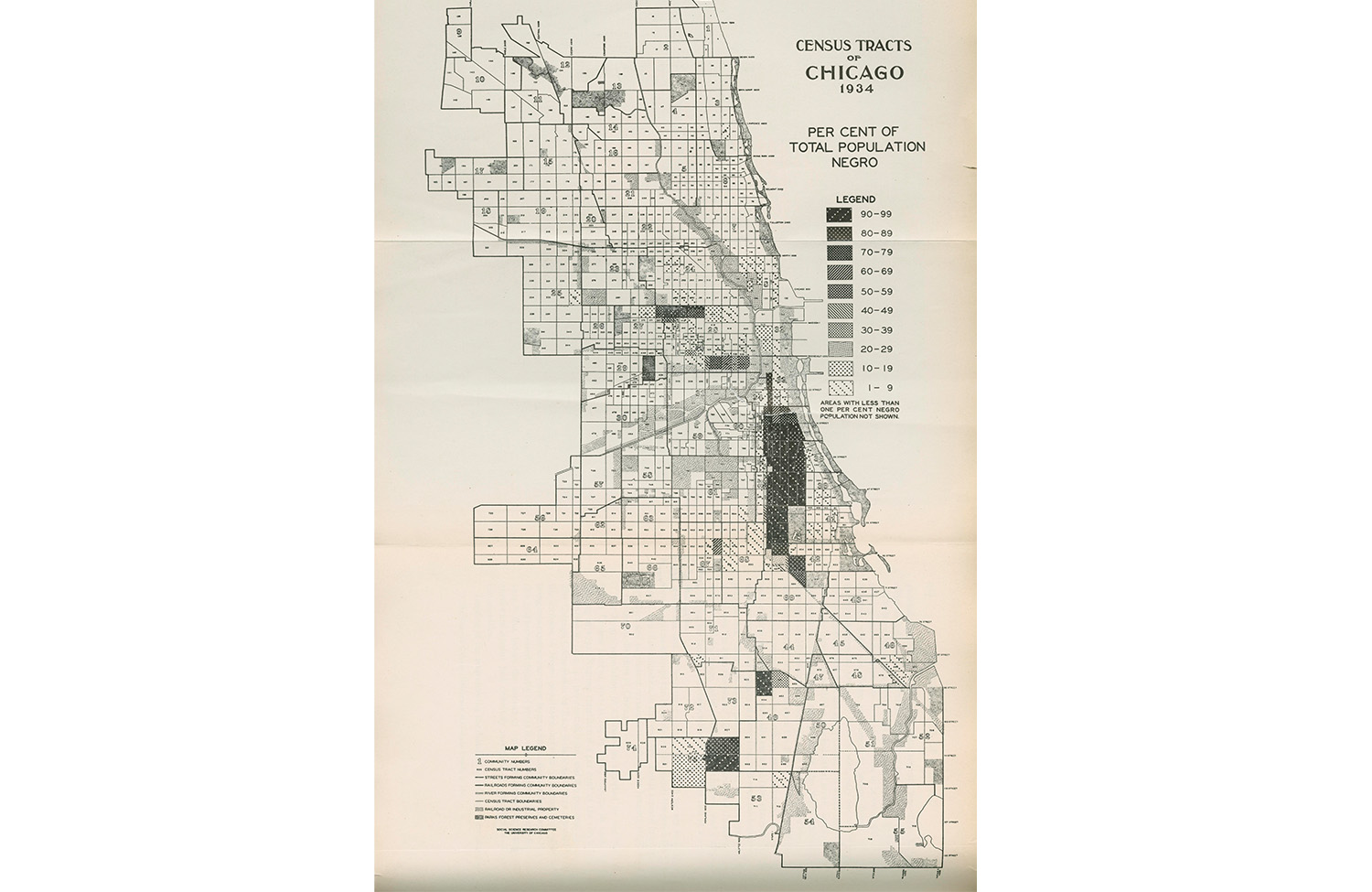 My grandma was just 19 years old when she came to the city by herself. She was tired of picking cotton and, like many black Southerners, wanted an opportunity to work for better pay in one of Chicago’s large industries. She soon started working for the Dixie Cup Company.

My granddaddy, nicknamed Cadillac Baby, always had entrepreneurial dreams. He had just gotten out of the Army when he moved to Chicago. He met my grandma, and together they opened up a lounge at 47th and Dearborn called Cadillac Baby’s Show Lounge. There, they could stay close to the blues music they’d brought from the Jim Crow South while becoming a part of the city’s music and entertainment industry.

By the time my grandparents arrived in Chicago in the 1940s, there was already a vibrant recording industry that had been operating in Chicago for more than 20 years. The industry embraced the blues. Companies like Chess Records, started by Polish immigrants in 1950, would represent musicians like Muddy Waters and Howlin’ Wolf, who had themselves moved from Mississippi and Tennessee in 1943 and 1952, respectively.

Other music industry entrepreneurs, like my granddaddy, formed smaller but very important record labels that added to the city’s robust industry. He and my grandma started a recording company, Bea & Baby Records, in 1955. They recorded artists who would grow to become well-known at the time, like Little Mac, Hound Dog Taylor, Homesick James, and Eddie Boyd. Listen to one of their albums here. 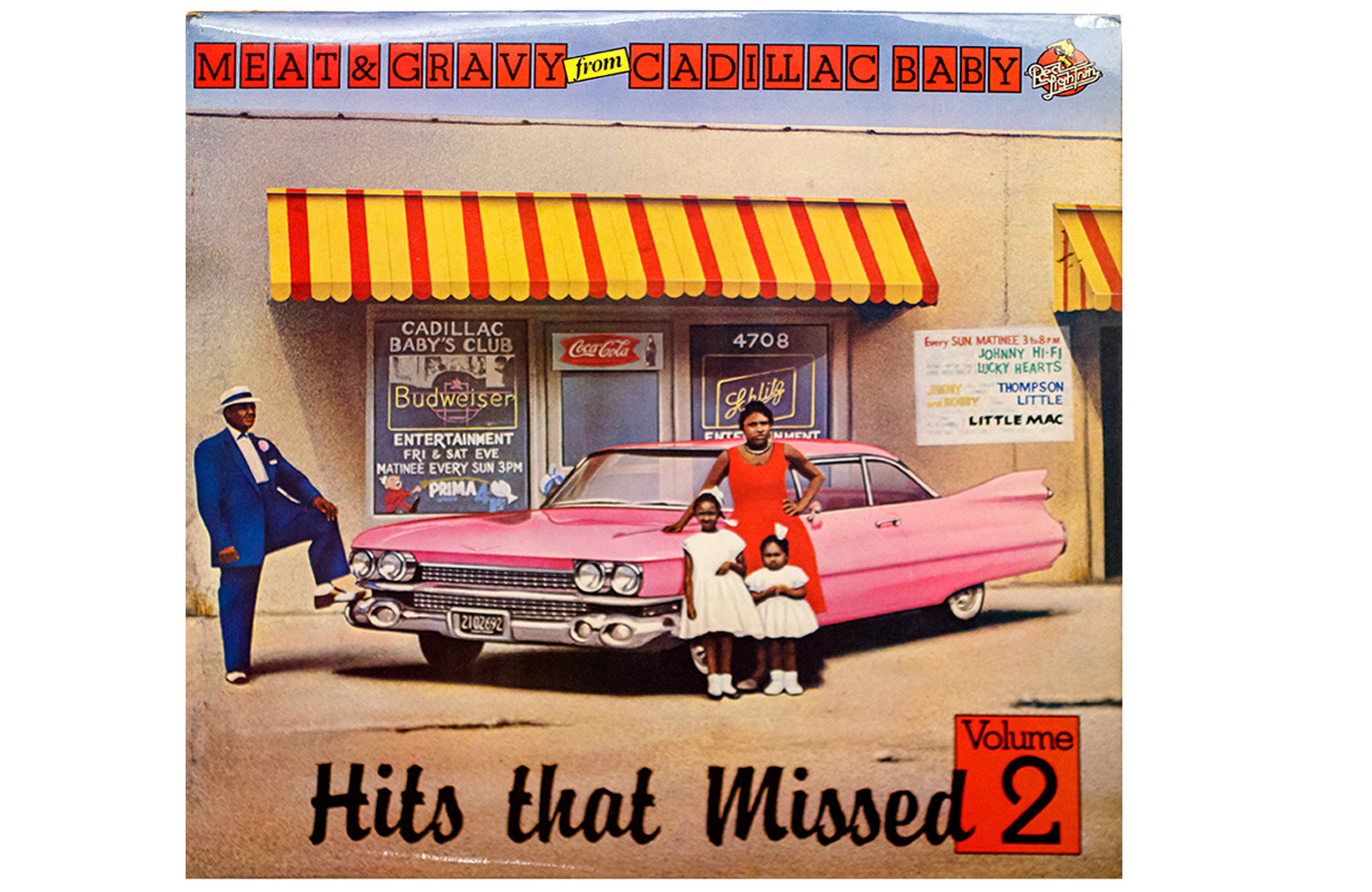 It was during this postwar period through the 1960s that Chicago was starting to create its own blues subgenre. Musicians like Buddy Guy, Otis Rush and Freddie King changed both the sound and the lyrics to appeal to a more urbane, younger listener, says David Whiteis, author of Chicago Blues: Portraits and Stories.

“The postwar musicians began using electric guitars in the late ’40s, and within a few years, their sound, more or less, was what we’d now recognize as ‘electric Chicago blues.’” But, he adds, “there was a definite ‘roots/retro’ sound to the postwar Chicagoans, even after their full electric sound was being reproduced on records.”

With its history of the Mafia, Prohibition, and paying folks to look the other way, the city was already prime for the blues industry to also grow into a nightlife ecosystem.

“We had loose liquor laws; we had mayors who allowed their police officers to take bribes and let the clubs open all night,” Whiteis says. “We had mayors that really permitted vast areas of the South Side to be basically centers for vice.”

So the blues, like several other Chicago industries, became “a hustlers’ industry.” My aunt says my granddaddy paid police officers and did whatever else he needed to do to keep the business going.

“Your grandpa was a hustler,” Whiteis says. “He wasn’t a gangster, but he was a hustler. He was out there making that money, and that was the name of the game.” 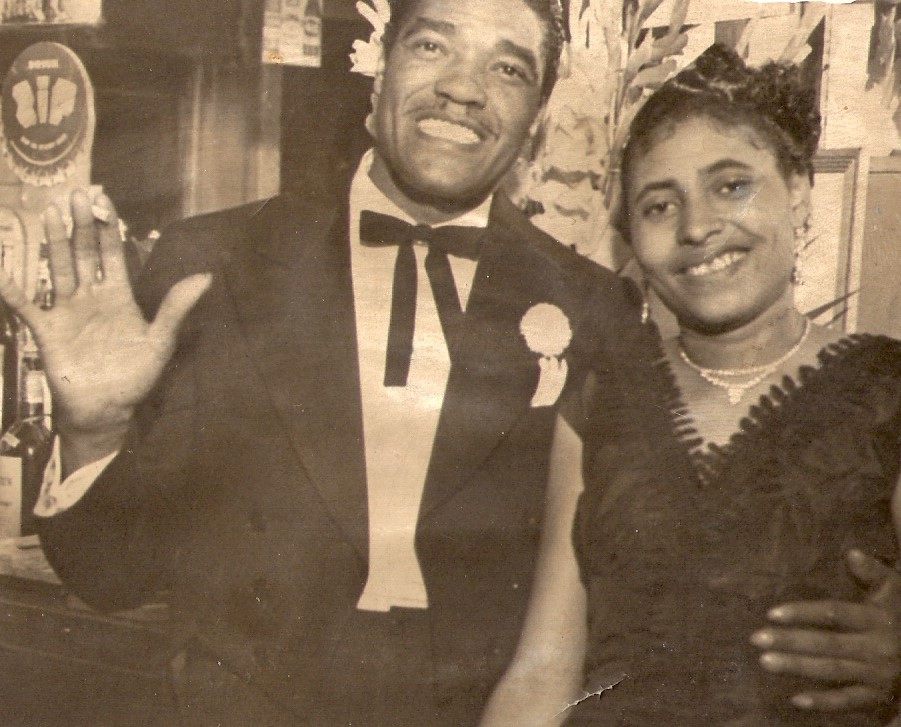 But he also did it for the love of the blues. Musician and blues historian Sebastian Danchin wrote in his book Earl Hooker, Blues Master that my grandparents “tried to promote blues music to the best of their ability, genially providing room and board to the penniless artists who dropped in at their lounge.”

Danchin also wrote that for as long as the club was open, every year at the city’s annual Bud Billiken parade, he would sponsor a float featuring a live blues band. He wrote that my granddaddy “probably was the city’s most colorful tavern owner.”

As a 10-year-old in the 1950s, my aunt was old enough to remember my granddaddy’s larger-than-life persona and what it was like in our family’s club.

She and her sisters would sneak downstairs at night to take a peek at all the action: the performers, the dancing, the shows. But to really get to be with the music — blues music — was enticing.

“Just like the kids are rapping now, we knew the words to these songs because these were the songs we heard and this was the expression of who we were,” she says.

And this drew in the customers, other working black folks who’d made their way to Chicago as part of the Great Migration. And they’d always get a show.

“At some point in the evening, [Cadillac Baby] would drive his Cadillac right up onto the stage and get out of the car, and bow to the audience,” Whiteis says. “And that was the start of the show. It was quite a flamboyant entrance, and he was a very flamboyant character.” 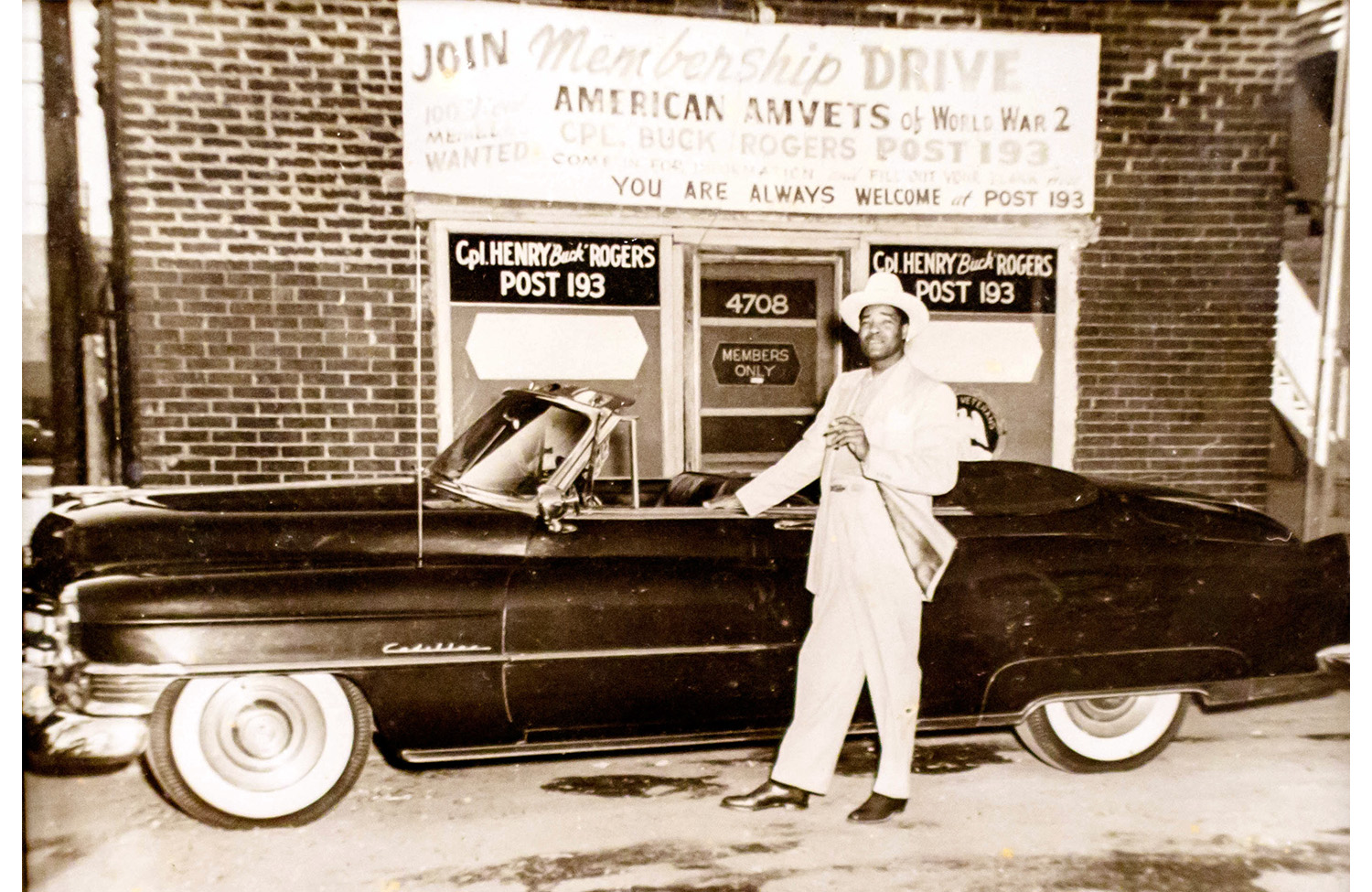 Tastes change, but the blues remains

In the 1960s, my grandparents lost their club when the city of Chicago forced them to sell the building to make way for an urban renewal project, my aunt says. And after that, they were never able to rebuild.

Their record label continued into the 1970s, but by then, audiences were changing. Some younger African Americans, now listening to soul and funk, saw the blues as representing the past. Meanwhile, white audiences were becoming more interested in blues music after being introduced to the genre through the music of groups like Cream and the Rolling Stones.

Today, you can still find blues in Chicago, but the blues scene is different from the one that my grandparents knew.

“There are clubs on the South Side and the West Side, but there are very, very few,” blues musician Toronzo Cannon says. “Not like it was in the ‘60s [before the decline].”

At 51, Cannon is considered one of the younger musicians in today’s Chicago blues scene. He says there’s a clear divide between places on the South and West sides, which cater to black patrons, and those on the North Side, which are seen as “your touristy blues clubs ... you get a lot of the white people to go to these clubs.” 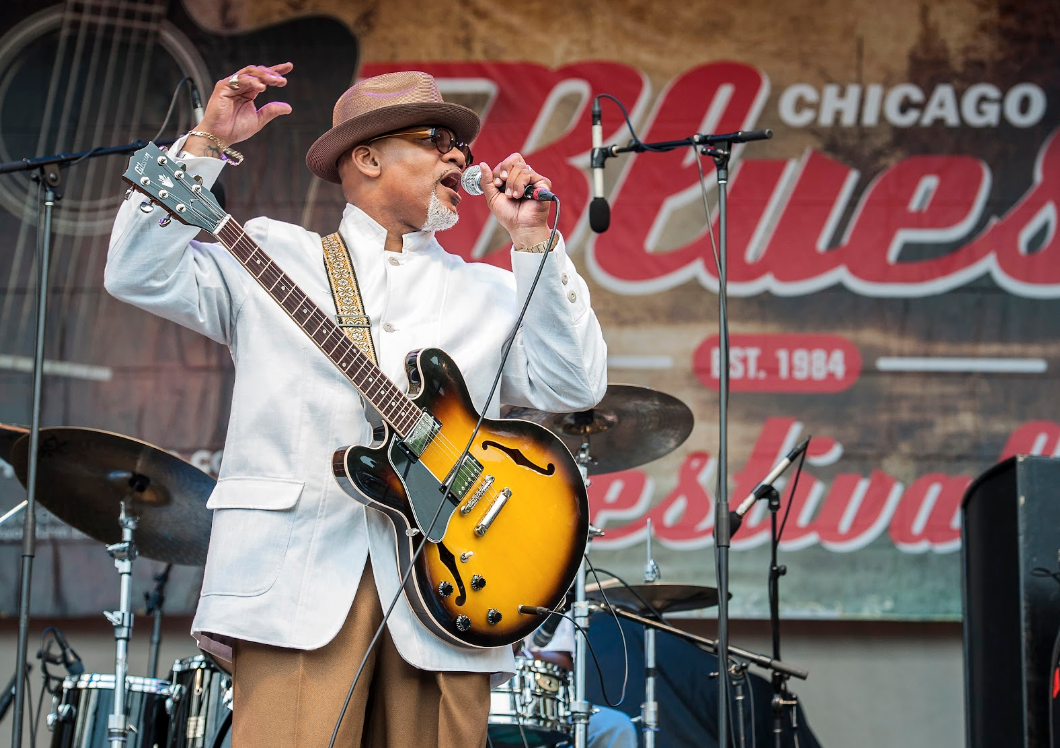 Even with those changes, though, Cannon says there are still black musicians keeping the tradition of Chicago blues alive — which is seen as “the template for blues all over the world.”

Though the sound has become more contemporary, he says, with clear soul and R&B influences that appeal to black audiences, today’s musicians are clearly a product of those who came before them.

Each generation has slightly evolved the music, Cannon says: Son House influenced Muddy Waters, and then, he in turn influenced Buddy Guy, and younger musicians like Cannon have further evolved that style, keeping the tradition of blues lyrics that relate to real-life experiences.

“It doesn't just stop at B.B. King or Muddy Waters or Buddy Guy,” Cannon says. “We're still holding on to the to the traditions as we know it.” 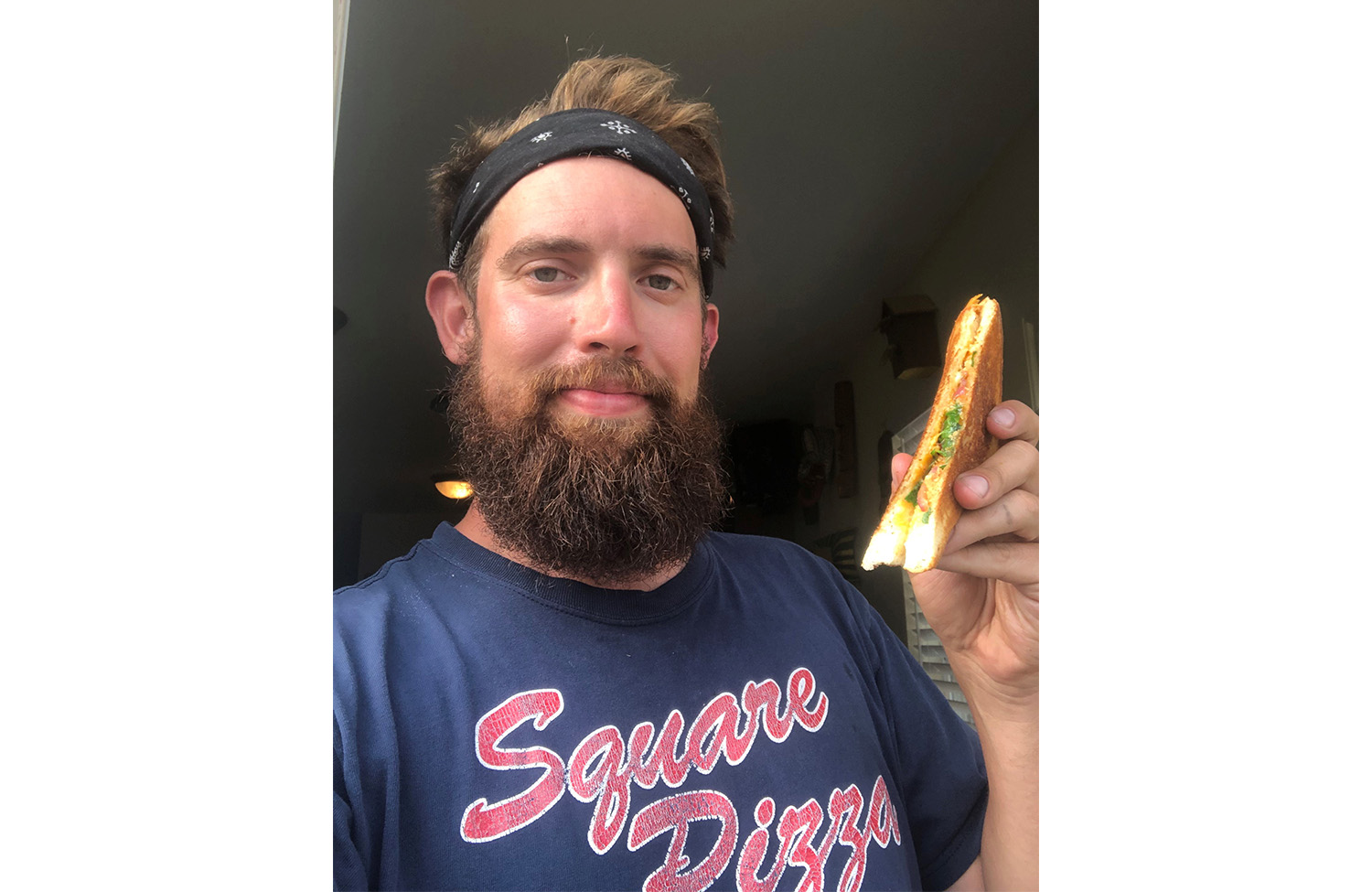 Charlie Davis is an actor, comedian and tour guide who currently lives in New Orleans. When the Oxford, Miss., native lived in Chicago, he started to wonder about the city’s place as the home of the blues.

“I grew up in Mississippi, where we claim that we are the birthplace of the blues,” he says. “I’ve always heard different claims that Chicago’s the home of it. But I [wanted to] know: If it wasn’t for the Great Migration, would we have this music or would it be as relevant today?”

Charlie says he knew the basic history of how black Southerners brought the blues to Chicago, but he wanted to know “the in-between” details of how the music evolved. And now, with a better understanding of what Chicago had to offer at that time, he sees how the city “has always been the perfect petri dish for [the blues] to just kind of explode.”

“I just wish I could go back in time and see the excitement,” he says. “And witness people ... experiencing blues for the first time and kind of watch it catch fire.”