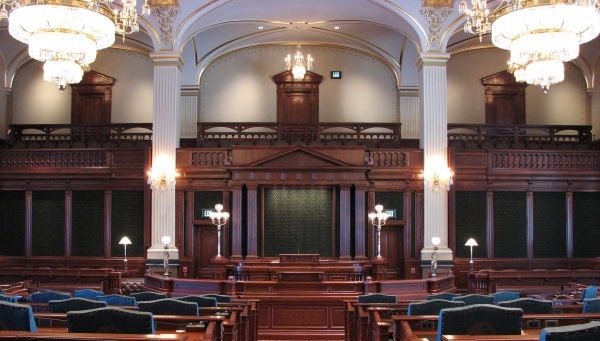 On Wednesday, the Illinois House passed legislation on comprehensive sexual education, a bill supported by the AIDS Foundation of Chicago, Illinois Planned Parenthood and the ACLU.

However, only 42 percent of schools provided instruction on how to obtain and use contraceptives, and less than a third of faculty members have received any kind of formal training on the subject. This leads to a culture where we not only don’t talk about sex; we don’t even know how to talk about it.

The proposed legislation, HB 2675, tackles this issue by creating curriculum standards for middle and high school students, providing them with information and resources to prevent STIs and unintended pregancies. The bill’s language allows local districts to choose the sexual education curricula that’s right for their schools and community and gives parents the option to unenroll their child from any courses they deem objectionable.

With this legislation, the AIDS Foundation of Chicago hopes to improve our state of sexual education. In a press release Wednesday, government relations director Ramon Gardenhire said, “The General Assembly moved closer to providing students in Illinois access to information to make responsible decisions about their sexual health.”

The vote passed in the General Assembly of the Illinois House with 66 votes.

Carole Brite of Planned Parenthood believes this broad support is a great sign of the bill’s health. Brite stated,

“Today we are pleased that...the Illinois House voted to ensure that teens in Illinois have access to medically accurate, age appropriate, comprehensive sex education. This bill is a huge step forward in advancing the health and safety of young people in Illinois—while they are teenagers and throughout their adult lives—and we look forward to thoughtful consideration by the Illinois Senate.”

In her statement, Brite noted the importance of educating young students on sexual health, rather than providing abstinence-only education, arguing that sexual health leads to healthy choices. Brite said, “Studies show that sex education that covers contraception and disease prevention results in teens who are more likely to delay sexual activity and use protection when sexual activity does occur.”

Studies from the American Pediatric Association support Brite’s claim. The APA has historically slammed abstinence-only education, alleging that it leads to a higher risk of teen pregnancy and contraction of STIs. This is especially important at a time when the Center for Disease Control estimates that 50% of American teenagers are sexually active. According to CDC, the United States accounts for the highest teen pregnancy rate among developed nations, leading to lower academic and economic achievement. Teen mothers are more likely to drop out of school and to have children who become teen mothers themselves.

According to Rep. Lilly, Illinois needs to take action to break these patterns, and the bill’s passage is a great step forward for Illinois’ schools. Rep. Lilly said, “As the discussion on the House floor made clear, it was time for us to modernize the basic curricula in Illinois for teaching sexual health education. If this measure becomes law, public school curricula will provide young people with tools and information necessary to grow and mature in a safe and healthy fashion.”

Now that the bill has passed the House, comprehensive sexual education heads to the Illinois Senate, where Sen. Heather Steans plans to back it. The Senate passed a similar measure in 2011 that was never voted on by the House, and advocates are hopeful the measure will be ratified.

Khadine Bennett, the legislative council for the Illinois ACLU, believes the time is now for sexual education reform. Bennett said, “We urge the Senate to act as soon as possible to move this important measure forward.”