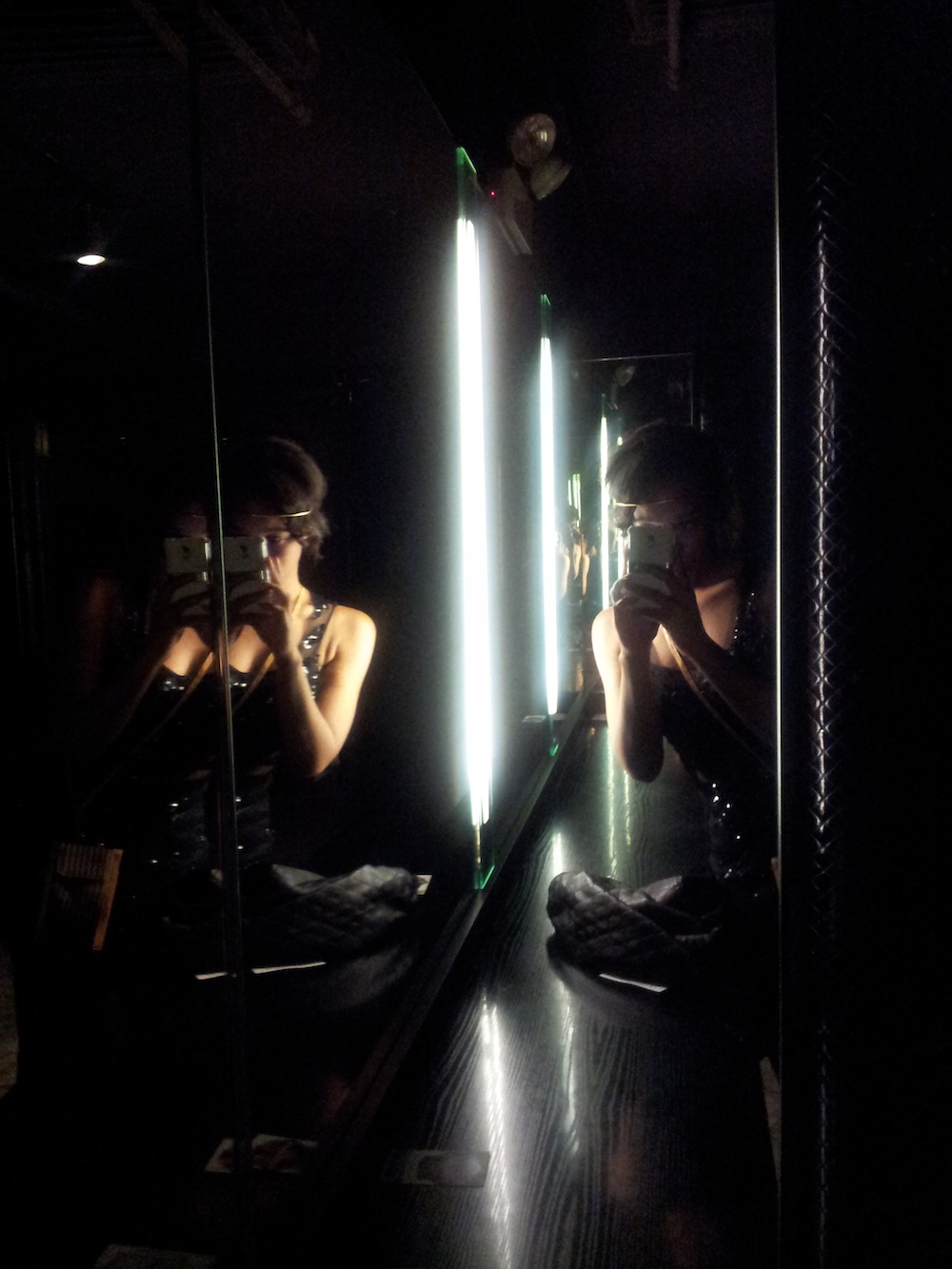 I joined Facebook during the summer before my freshman year of college and nearly every photo I used as a profile picture was a selfie.
Back then, we didn’t have a name for them. Some people referred to them as 'angled shots' or 'MySpace photos,' for their ubiquity on that social networking site. The chorus of 'vanity' and 'deception' was as evident then as it is now. People were upset by others’ desire to control their visual narrative.
One day, an old high school friend left a comment on my Facebook wall asking why I could not just find a decent photograph of myself that I did not take. It was the first time I considered the difference between a photo of my making and a photo someone else took of me.
Oxford Dictionaries recently named "selfie" as its word of the year.
Numerous writers responded, including News Editor Erin Gloria Ryan of Jezebel, who described selfies as a cry for help, a sign that we are in desperate need of validation from others.
"Young women take selfies because they don't derive their sense of worth from themselves, they rely on others to bestow their self-worth on them — just as they've been taught," she wrote.
But I think her view ultimately reduces why people use technology and choose to manipulate their own image.
Online reaction largely critcized Ryan’s article for its limited view of why people take selfies, as well as for her implied desire to erase the existence of self documentation. Social media users started using the hashtag #FeministSelfie to extend the conversation outside the Jezebel article, and to document themselves in ways that were goofy and weird and lovely.
Those selfies documented people that deem the practice not as a way to ask, 'why?' but, 'why not?'
Ryan's interpretation of the photo as a cry for help disregards the personal autonomy and self-esteem of the photographer. For many, selfies are a solution to the problem. They are not looking to please others, but instead to please themselves — to see themselves outside the harsh eyes of others.
During college, I was obsessed with looking at nightlife photography not because I wanted to be photographed, but because I loved the narrative framed around the images. Nightlife photographs give some of the pieces, but let the audience fill in the rest of the story. In my mind, the story was better than anything I could have imagined with just words alone.
When I was out for the night, however, I did whatever possible to avoid nightlife photographers. I did not want to be captured in their vision, and I did not want others to see what was not there, to form their own narratives and create an idea of the evening that outpaced and outweighed its reality. 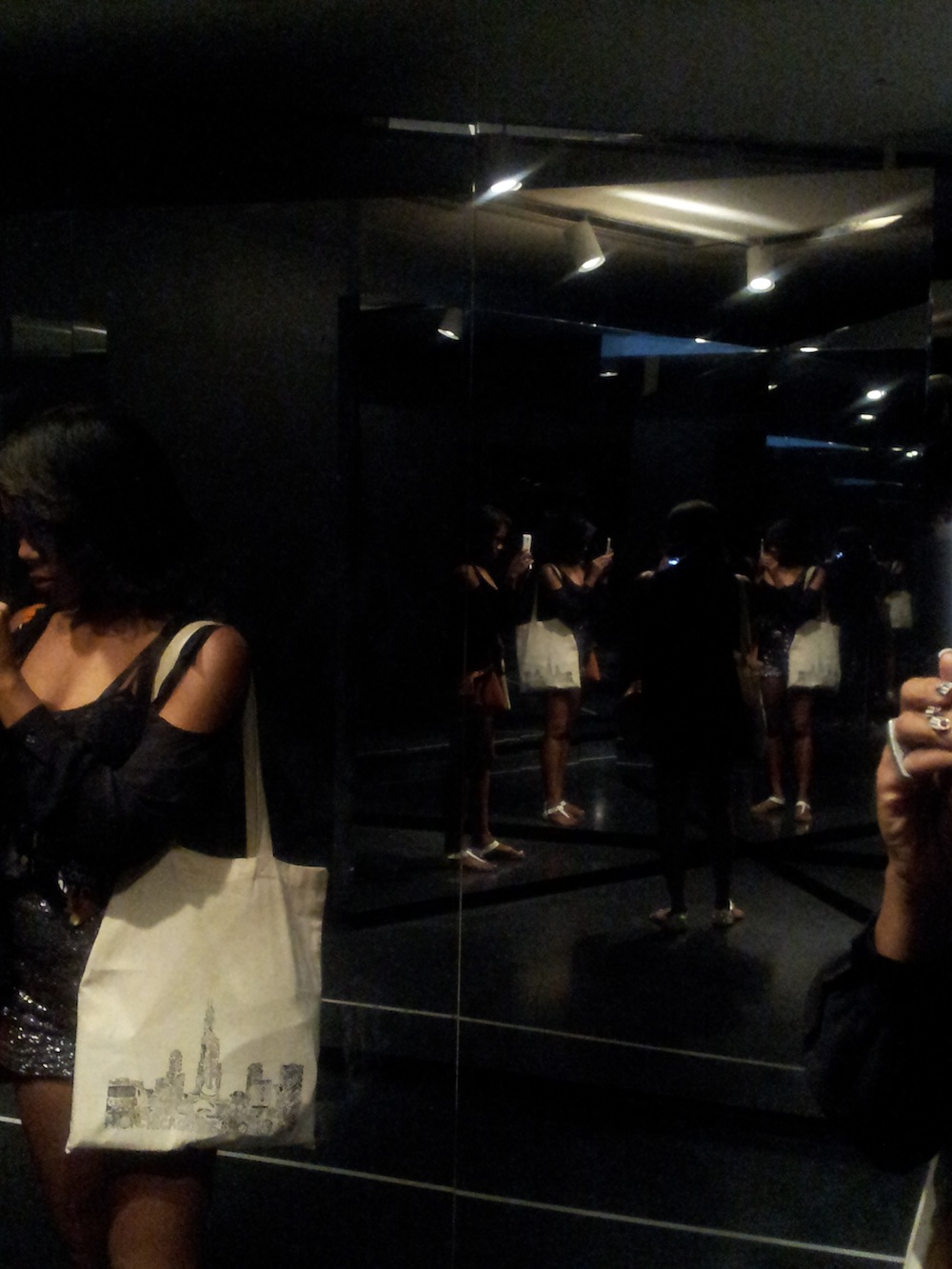 In his seminal collection of essays and vignettes on photography entitled "Ghost Image," French photographer Herve Guibert wrote, “We alone can intercept the gaze that we exchange indirectly through a reflection. The consent in our gaze is our secret alone, a mirage suspended in air that will soon disappear.”
Guibert’s thoughts are on the photographer as well as the subject. Looking at the camera is a way to provide consent to the one creating the narrative. But if we are the ones creating the image of ourselves, then our consent is a conversation with the self.
I cannot speak for everyone, but for me, a good selfie is a way to reject how other people see you. It is a way to see oneself as one chooses, not as others see us. It takes control of our own visual narratives, as if saying, 'This is the story I want to tell.'
Sometimes selfies act as a fun documentation of the places in which you were alone. I have selfies inside weird art installations, cool hotel lobbies, and dark club bathrooms. Sometimes I share them, but often, I keep them for myself like an added layer of memory.
Self photography acknowledges that we are alive, that we exist. For people whose existence (say as a woman, or a person of color, or a person with a disability, etc.) is often denied in mainstream culture or reduced to stereotype, perhaps a selfie is a way to control the narrative by documenting their time, alive and moving about the world like the people we see across media platforms.
Many of the selfies I see are not just about “good hair” or perfect makeup or trying to look sexually desirable. Some post selfies after a long night working on their masters thesis or in celebration of a marathon or as a documentation of their weight-loss. I’ve seen selfies in elaborate stage makeup before theater performances and in the days after being laid off. I don’t think these people are just looking for encouragement or for others to say how pretty they are.
Their selfies feel more like a stake in the land, a declaration of time and place, a sentence in a chapter in the novel of their lives.
Is this giving too much credence to the power of the selfie? Maybe.
There will always be people who only see the selfie as a form of vanity. And there will also always be people who post excessively, who need to insert themselves into the ongoing 'conversations' of social media with their visage because they need validation. But for many, the selfie is a project itself. It is a way of seeing oneself in the world and sharing it with others. It is multiple things at once.
Britt Julious blogs about race and culture in and outside of Chicago. Follow her essays for WBEZ's Tumblr here and on Twitter @britticisms.