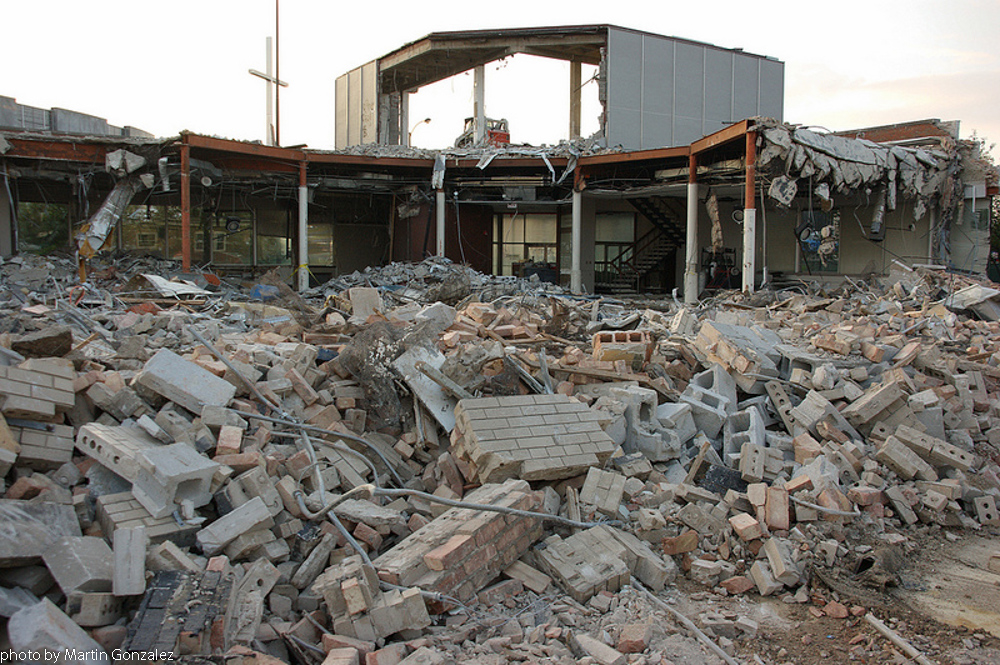 The former Talman Federal Savings building, a Southwest Side midcentury modernist structure designed by Skidmore Owings & Merrill, has been demolished.

It's a sad end to a neighborhood building that not only stood on the corner of 55th and Kedzie, but also occupied the intersection of Chicago architecture and history.

Talman Federal began in 1922 at the kitchen table of 29-year-old Ben Bohac, living at 51st and Talman. By 1955, Bohac's enterprise was one of the state's most successful savings and loan associations, with enough money and clout to hire a blue-chip architecture firm like Skidmore Owings & Merrill to design the new building. The design won a certificate of merit award from the Chicago chapter of the American Institute of Architects in 1957.

The building is gone now, along with an addition and parking and banking annex across Kedzie. Photographer Martin Gonzalez documented Talman's demise last month. His photo above looks northwest, across the ruins to the former entry lobby in the background. Below is a photograph I took of the vacant, but still standing, Talman earlier this year. 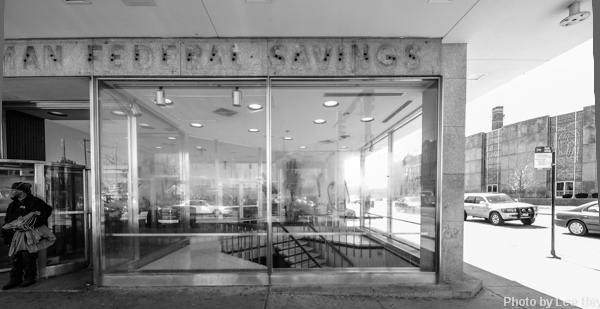 Another view from Gonzalez. Bohac's name was still on the building as the demo equipment rolled: 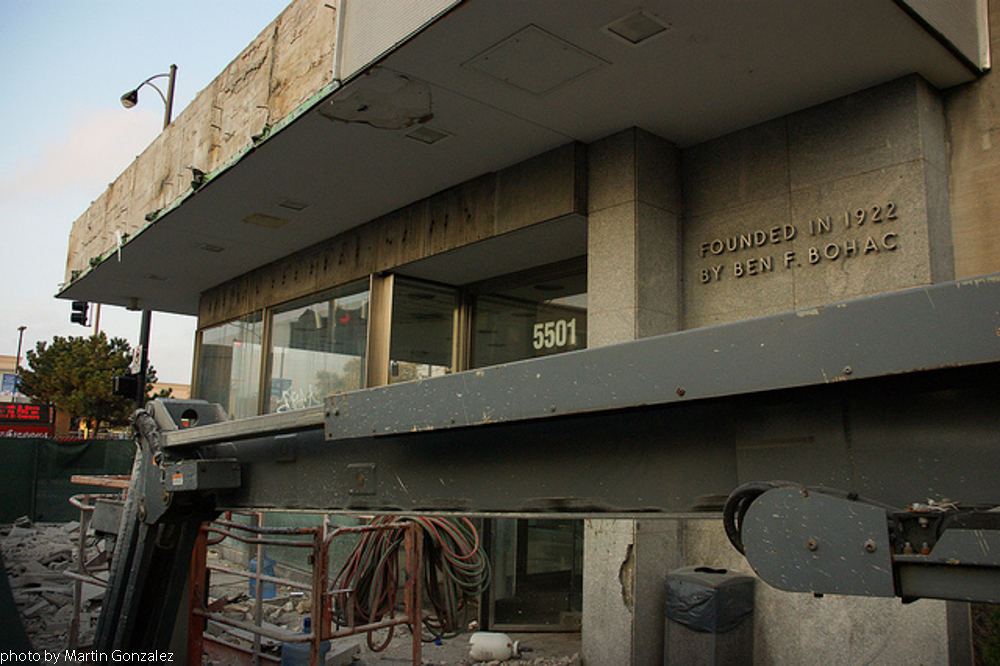 Again, here's Talman when I visited the building in April: 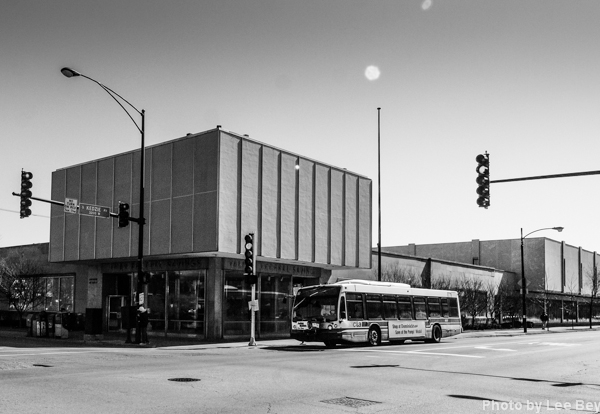 This is an image from Gonzalez showing the 55th Street frontage under demolition and with graffiti: 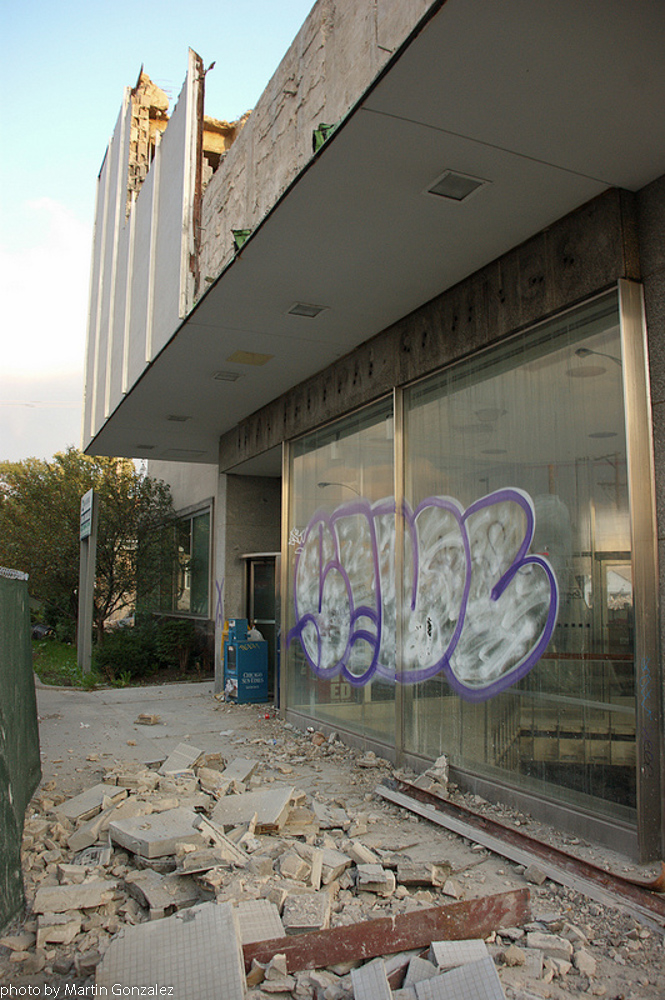 Scores of 1950s and 1960s commercial buildings and churches are scattered among the pre-war Chicago bungalows and two-flats on the Southwest Side. If any good (other than the prospect of firm abs) can come of Talman's demolition, let's hope that it brings more attention  to these neighborhoods and buildings.