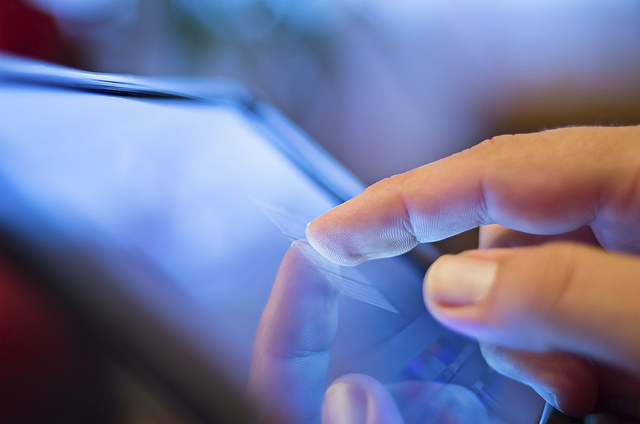 In a society fueled by the rapid-fire connectivity of personal computers, tablets, and smartphones, obsessive Internet behavior has become a cultural norm. However, when does an overreliance on WiFi—and the rabid need to distract oneself with online gaming, shopping, tweeting, scrolling, "liking," and microblogging at all hours of the day and night—morph into an addiction?

ABC News reports that a Pennsylvania hospital, Bradford Regional Medical Center, has become the first in the U.S. to treat severe Internet addiction through a 10-day inpatient program. Patients admitted to the voluntary behavorial health treatment center must first undergo a "digital detox" that prohibits Internet use for at least 72 hours, followed by therapy sessions and educational seminars to "help them get their Internet compulsion under control."

Dr. Kimberly S. Young, a psychologist and founder of the new program, defines Internet addiction by how a person's online habits impair their ability to function normally in everyday life.

"Like any other addiction, we look at whether it has jeopardized their career, whether they lie about their usage, or whether it inteferes with relationships," Young explained.

Internet Addiction Disorder (IAD) was first coined as a joke by Dr. Ivan Goldberg in 1995; and to this day, remains absent from the latest edition of the Diagnostic and Statistical Manual of Mental Disorders (DSM-V). However, the more specific "Internet gaming disorder" did make it into 2013's DSM-V as a "condition for further study," signaling a slow but steady change in how psychologists are defining variants of addictive behavior in recent years.

Accoding to HelpGuide.org, signs and symptoms of Internet addiction may include:

Similar to those who dispute the validity of sex addiction, naysayers of IAD argue that logging off is simply a matter of "willpower," and that the inability to do so is not nearly as physically harmful or self-destructive as succumbing to alcoholism, substance abuse and eating disorders like anorexia or bulimia. Still, when 60 percent of U.S. adults spend at least three hours a day online, with teens clocking in at over seven hours of daily Internet use, real and painful addictions are bound to form.

Unfortunately, addictive behaviors of any kind are far too easily dismissed in our mental health-avoidant culture— even the ones deemed more severe than most. Alcoholics are constantly told to "just stop drinking" and anorectics urged to "just eat already," as if it were that easy. Presumably non-life-threatening addictions such as online gaming are even more misunderstood, because how is playing video games for 24 hours straight in any way comparable to destroying one's body with narcotics or an eating disorder?

What many people fail to realize is that using the Internet as a drug can be just as fatal as any addiction in the long run. Dr. Young notes that prior research links IAD with existing mental health issues (most commonly depression) and that over half of her patients also struggle with alcoholism, chemical dependency, compulsive gambling, and chronic overeating.

Numerous other studies have proved that excessive Internet use continually makes people feel bad about themselves; but for people already suffering from depression, anxiety, or a co-occurring disorder like OCD or bipolar, that feeling is amplified.

A 2012 research study highlighted in Forbes shows that people with Internet addiction exhibit demonstrable changes in their brains, similar to what happens in the brains of people addicted to cocaine, heroin, special K, and other substances. The article also mentions a smattering of horror stories about Internet and gaming addiction, including accounts of many people keeling over and dying after playing video games for hours on end. These addictions are as real as any other, and they deserve to be taken just as seriously.

Of course, not every person who spends hours surfing the web each day suffers from an Internet addiction. But if we're being completely honest with ourselves, we might discover that many of our online habits have more of a negative than positive effect on our lives. After all, what good comes from checking one's Facebook page 15 times a day, or avoiding the outside world to live in a virtual one?

Maybe we could all use some "digital detox" every once and a while. Try putting down the phone, powering off the computer, and making some real memories without the aid of an electronic device. You might be surprised by how much, or how little, you miss it.