When Sean Hudson moved from Tuscaloosa, Alabama to the Woodlawn neighborhood five years ago, he says he noticed a divide in the community.

“The block that I stayed on was actually university-owned apartments, and so most of the people on my block were white cause most of them either had some relationship with the university or they had recently moved to the area,” Hudson says.

Sean, who is African-American, had moved to Chicago to attend graduate school at the University of Chicago. He says his white neighbors didn’t have much to say about the U of C and didn’t seem aware of any tensions between the school and some African-American residents living in the nearby communities.

But as he traveled south on Cottage Grove Avenue, he says he found more long-time African-American residents who had a negative opinion of the prestigious university.

“You got a sense that they just have this precarious relationship with the university,” Hudson says. “And I used to always hear people in the community say, ‘You know I just don’t trust U-Chicago moving more south of their campus.’”

Which is why he turned to Curious City with a question:

What is the relationship like between the University of Chicago and the residents that live nearby?

“The relationship and tension goes back a long time,” says WBEZ’s South Side reporter Natalie Moore.

In the early 1930s and ’40s, the university supported what’s known as restrictive covenants to keep black residents from living near campus, Moore says.

In fact, Chicago writer Lorraine Hansberry’s famous play A Raisin in the Sun is based on her family’s experience trying to buy a home in West Woodlawn during this time.

The relationship between the university and the neighboring communities was tested again in the ’60s and ’70s when the U of C wanted to expand its campus south — prompting protests by community activists. Even though the school ultimately decided not to expand past 61st Street, the community remained distrustful.

In the 2000s, residents in nearby neighborhoods fought a years-long battle to get the university to reopen an adult trauma center. U of C closed its hospital’s trauma center in 1988 to save money. The university said it was losing millions treating patients without health insurance. But this left victims of gun violence and car accidents without nearby access to trauma care. The death of 18-year old Damian Turner, who was shot just a few blocks from the University of Chicago hospital in 2010 but driven nine miles to Northwestern Memorial Hospital for treatment, helped push the school to reopen an adult Level 1 trauma center last spring.

Today, community groups are pushing for the university to back a Community Benefits Agreement, or CBA, related to the Obama Presidential Center that’s going to be built in nearby Jackson Park. These groups are worried the development will drive up rent prices and force longtime residents out of the neighborhood.

Here are some highlights from their conversation, which has been edited for brevity and clarity.

How a history of tension informs today’s relationship

Jawanza Malone, Kenwood-Oakwood Community Organization: The support for restrictive covenants that kept black people in ‘place,’ making sure that black people weren’t allowed on the university and couldn’t buy homes within a mile of the university, just looking at the history of racial profiling from the U of C police department … the trauma center closing. These are all things that people point to as reasons why there is this level of distrust of the university and why people are skeptical of some of the things that are happening now. We see progress being made and we encourage that but we’re still fighting right now for the university to support a Community Benefits Agreement related to the presidential center — but if there aren’t clear provisions to protect people from being displaced, it’s bound to happen.

Derek Douglas, University of Chicago: The concern about displacement is a well-founded concern. Communities are facing challenges and you have a university there, well-resourced, that creates a dynamic that leads to tension. But if you look at the things we’re doing, we try to find things where there’s a mutual benefit. A few years ago, we created a program called the Community Programs Accelerator. The whole point of the program is to invite non-profit organizations from the South Side at all stages: You could be an entrepreneurial person with an idea to create a new non-profit, you could be a non-profit that’s small but you’re looking to scale or you can be one that’s going well but you have some aspect of your organization that you want to enhance. We’ve worked with over 200 organizations over the last four years.

Anton Seals Jr., Grow Greater Englewood: I think it’s not just the University of Chicago, I think part of the issues we’re bringing up is dealing with the issue of things that have not been reconciled within our culture, within our city. And this becomes just another part of it — there has not been a reckoning. So some of the things in particular that black people are talking about on the South Side of Chicago is there’s no acknowledgment of the truth and harm. On paper, yes, but then the intention and the spirit to say “OK let’s not other, each other.” And that is something that I think, our children are still going to have to deal with in terms of how do we reconcile those things?

How a battle over the trauma center changed the dynamics

Douglas, University of Chicago: A key breakthrough in all of this was we actually started talking to each other with respect. The lesson I took from that is the importance of the conversation and we’re trying to do that right now with respect to the issues of displacement and things that people are concerned about. We formed some working groups on the university side to look at what we’re doing around housing, small business, workforce development, ways in which we can do better ... And I think that the trauma center is an example, even though it took too long, it’s an example of conversation, construction, learning and understanding leading to a positive result.

Malone, Kenwood-Oakwood Community Organization: It’s a shame that it took five years to get to this point. It’s wonderful what we’re seeing now. I think that what we’re seeing coming from this trauma center being put in place, where there’s actual intentionality, not just in terms of stitching people up and sending them back out on the street but also playing a role in seeing how we can prevent violence in the first place. That’s phenomenal. And that’s what we were advocating for five years. But what about all the lives that have been lost that could’ve been saved if the university had just reopened the trauma center it shouldn’t have closed in the first place.

Where the relationship stands now

Seals Jr., Grow Greater Englewood: It’s like a wild onion: There are a lot of layers, it’s kind of funky and can be sweet in certain spots. I think I would describe the relationship as one that’s sometimes acrimonious between communities. Also, I think people are usually going to, trying to engage the university but are also very distrustful of the university, with great reason.

Douglas, University of Chicago: Current day, I actually think it’s an improving relationship. And improvement means that it has been in a place we wanted to grow from and get better. There was that period though, a long period, where the university was more focused on its own interest, and that’s some of the stuff that Anton and Jawanza were referring to.

What work still needs to be done?

Seals Jr., Grow Greater Englewood: It just begs the question the juxtaposition of this huge international university and like four blocks down for the last 30 years there has been some of the worst poverty in the city. So I think figuring out how to attract and keep black families in these spaces is something that should be common ground.

Malone, Kenwood-Oakwood Community Organization: How many relationships would you stay in if harm continues to happen? Our community is a very forgiving community, right? And so I have no interest in antagonizing anybody. My interest is making sure the people I represent, the people who I look at every single day are able to stay in the community that they call home and have called home for generations now. When black people came to this city, we found home where we were able to find home. The city was not a welcoming place to us. We have an opportunity to make sure the low-income families, working families and more affluent families are able to live in community together. We can make that happen. We can. And the only thing that’s going to stop that is just us simply not having the will to do it.

Seals, Douglas and Malone say they plan to continue the conversation.

Seals and Malone say they want to focus the conversation on the Community Benefits Agreement, a legally binding contract to guarantee jobs and contracts connected to the construction of the Obama Presidential Center.

In February, the majority of voters in precincts around the future Obama Presidential Center voted in favor of a non-binding resolution in support of a CBA ordinance.

“The black community is suffering — they may be trying to look good but they’re afraid, it’s not a place that you want to raise black women or black young men — it’s not the oasis that it was,” Seals says.

“I think the next steps is a push for a broader CBA. If the CBA is an outdated model, then us coming together to figure out — since it’s the University of Chicago — what are some of the new ways we can push to make sure we have this kind of equity around what development looks like.”

Douglas says the university agrees that "we need to make sure that the benefits- the economic benefits and social benefits that derive from the Obama Center- are shared or inclusive of the community."

Malone believes it’s important the University backs the CBA: “It would signal to the community a recognition of the significant stake the university has in the community, and the willingness to not just work to address past missteps, but to go a step farther to create new pathways to prevent future missteps from occurring.” 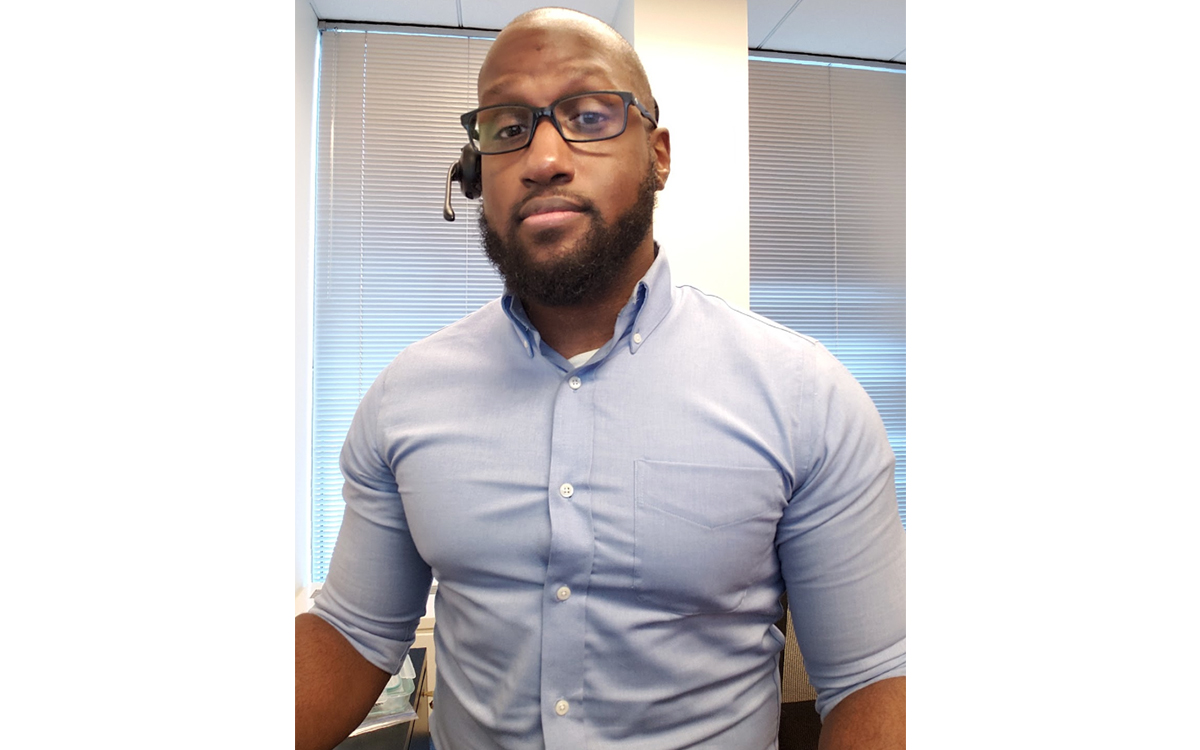 Sean Hudson is an education researcher and evaluator who focuses on secondary and post-secondary education and workforce preparedness. He’s an avid yogi and believes he has the most friendly cat the world has ever known.

When it comes to University of Chicago’s relations with neighboring communities, Sean is encouraged that the sides are talking at all. Turns out, he’s from Tuscaloosa, Ala., which is also a university town.

Katie O’Brien is a freelance reporter based in Chicago. You can follow her @katieobez.