Baez was swarmed by fans the minute he arrived in Humboldt Park on Tuesday for the official reveal of the brown street sign.

Mildred Martinez was one of many Humboldt Park residents who arrived early to see her favorite player. Martinez said she’d lived in the neighborhood all her life, but her family is from the same city in Puerto Rico as Baez. 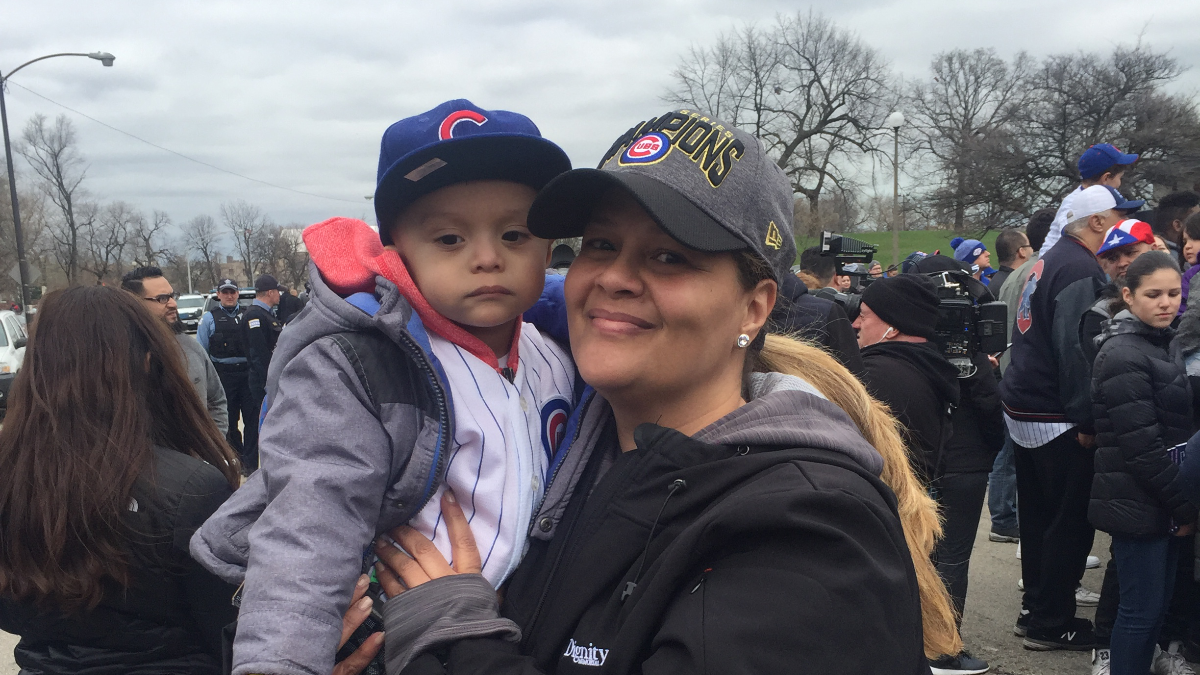 “We’re just excited that finally someone from Puerto Rico — we’ve been Cubs fans all of our life and just to see one Hispanic be part of that history is just so big for us,” Martinez said.

Mayor Rahm Emanuel was one of several local politicians on scene for the celebration, and he was clearly excited to get in on the action. He hardly left Baez’s side.

Now to Humboldt Park, where it feels like the entire neighborhood is out here to celebrate the honorary @javy23baez street pic.twitter.com/SLgPaHmpJF

But the crowd wasn’t as excited to see the mayor as they were Baez. When Emanuel was introduced, the crowd booed loudly, even after Ald. Roberto Maldonado, 26th Ward, told the fans to be respectful.

The mayor tried to recover with a joke.

“I just told the alderman, I didn’t realize there were so many Sox fans here,” Emanuel said.