An Illinois Circuit Court judge has ordered multiple agencies to turn over all records relating to the case of a man whose attorneys allege was wrongfully convicted due to police and prosecutorial misconduct.

The move follows a last minute action by the judge to halt a new trial for Patrick Pursley, who was set to be prosecuted a second time for a 1993 murder.

Attorneys for Pursley, who says he was wrongfully incarcerated for nearly 25 years because of shoddy gun testing by the Illinois State Police, filed a motion late Friday asking the state to dismiss its case, alleging police and prosecutors withheld evidence that could have exonerated Pursley.

The assistant state’s attorney handling the case disclosed last week during a pretrial hearing that the mother of the victim told his predecessor a year ago she believed police planted the firearm used to convict Pursley.

That information had never been disclosed to Pursley's attorneys until last week.

According to the defense’s motion, the mother of the victim said she was told by a detective in 1993 that police could not find the gun used to kill her son. Instead, she said she was told police “located the gun that was used in the trial and put it into evidence as the gun that was used during the murder.” The mother told the Winnebago County State’s Attorney’s Office about the interaction in early 2017. Attorneys have not been able to determine the name of the detective who allegedly told the mother about the potential framing.

In light of the new information, a judge postponed the trial, which was scheduled to begin Tuesday. Instead, the court heard arguments from both sides on the misconduct allegations.

Pursley’s attorneys argued the due process violations are so severe that dismissing their client’s case is the only appropriate course.

The judge did not dismiss the case, but as a result, asked the Rockford Police Department and the Winnebago County State’s Attorney’s Office to turn over any records mentioning Pursley’s case. That evidence will be presented at a late December hearing.

The key evidence in Pursley’s 1994 murder conviction was a state police examination that linked his gun to bullets found at the scene of the robbery and murder of a man named Andrew Ascher in Rockford. Last year, a judge revoked Pursley’s conviction and he was released on bond when that gun evidence was called into question.

The evidence in question stems from what’s called a “firearm and toolmark examination,” a type of forensic analysis that presumes every gun leaves a set of marks on the bullets and casings it comes into contact with — and that those markings are unique enough to be matched to the gun at a later time. If police think a gun was used in a crime, they can send it to a state laboratory for testing. There, examiners fire test rounds from the gun. Then they compare markings made on those bullets and casings with those found at the crime scene.

Dan Gunnell, an examiner with the Illinois State Police Joliet Forensic Science Laboratory, matched Pursley’s gun to the two bullets that killed a man named Andrew Ascher during a robbery in Rockford, Illinois in 1993. Gunnell testified that he was certain Pursley’s 9 mm Taurus semi-automatic handgun fired the shots.

That ballistic testing and Gunnell’s testimony were the lynchpin of the state’s case against Pursley. 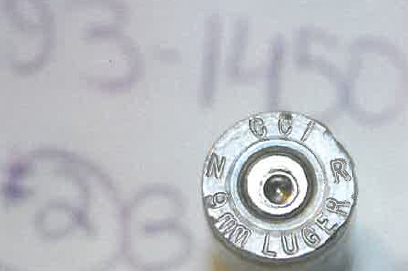 While Pursley was serving his sentence of life without parole in Stateville Correctional Center near Joliet, he said he began to read up on Illinois law and eventually wrote a short article for the jailhouse newsletter Stateville Speaks.

Pursley argued that prisoners should have the ability to file post-conviction appeals when scientific or technological developments became available that could potentially shed new light on critical evidence in their cases.

Advocates took the article to legislators in Springfield who adapted Pursley’s idea into a proposal. It was passed into law, and Pursley later used the measure to secure himself a hearing on the basis of a newly developed computer database.

“[The database] was being used by law enforcement nationwide,” Pursley said. “What it does is uses algorithms to match bullets [to guns] much like DNA or fingerprint testing.”

The database is used to determine the likelihood that a particular firearm fired a particular bullet, based on results from thousands of test cases.

A judge allowed Pursley’s gun to be evaluated by the computer database. When the results of that test came back inconclusive, Illinois State Police were ordered to retest Pursley’s weapon. Dan Gunnell also performed that 2012 examination, and after taking a second look at the gun nearly two decades later, agreed the results were inconclusive. At a hearing in 2016, Gunnell said that he “would not testify the same way today.”

In March of 2017, a judge threw out Pursley’s conviction. At that point, Winnebago County could have dropped the charges, but instead decided to continue to pursue the case against Pursley.

The new trial beginning Tuesday does not run afoul of the double jeopardy clause of the Constitution's Fifth Amendment, a legal expert told WBEZ, because when a court vacates a conviction, it is as if the initial trial never happened.

A state appellate court upheld that the state examiner changing his conclusion about the ballistics evidence constituted new evidence in the case. That decision created a precedent that could be cited by other inmates whose convictions rely on similar gun testing by the Illinois State Police.

“We have not yet found two [guns] that leave indistinguishable marks,” said Alicia Carriquiry, director of the Center for Statistics and Applications in Forensic Evidence at Iowa State University. “That doesn’t mean that we cannot find that sometime in the future, but so far we have not.”

Carriquiry researches better methodologies for objectively evaluating ballistics evidence. She said it’s not surprising that experts can disagree about the results of a firearm and toolmark examination, in part because there are no standardized measurements for examiners to use. 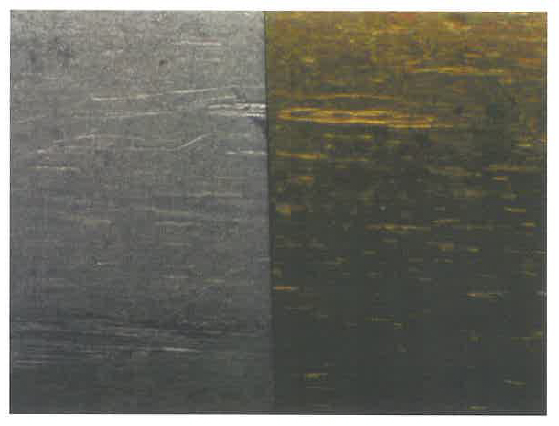 Carriquiry said it’s unclear how often examiners make mistakes. In “closed studies” where examiners are given a limited set of bullets and casings and are told to match them to reference firearms, she said examiners do well. But she said a better test would be one where examiners did not know whether the samples they are given actually match up.

Standards around how forensics tests and evidence are presented in courtrooms have also changed since 1993. Today, examiners are no longer allowed to give testimony that definitively concludes one gun fired the bullets in question to the exclusion of all other guns in the world. Yet that is how Gunnell, the Illinois State Police examiner, testified in 1993.

The Winnebago County State’s Attorney’s Office did not return a request for comment. In an email, a spokesperson for the Illinois State Police said the agency cannot comment or answer questions related to an active case.

In April, Pursley told WBEZ he worries the ballistics evidence in his case could still be misused by the state to secure another conviction.

“In my 23 years in prison, I saw many, many men get [retrials], and they wound up being found guilty again,” Pursley said. “It’s like a rollercoaster ride from hell …. I’m still very much facing a new trial for a murder I didn’t commit.”