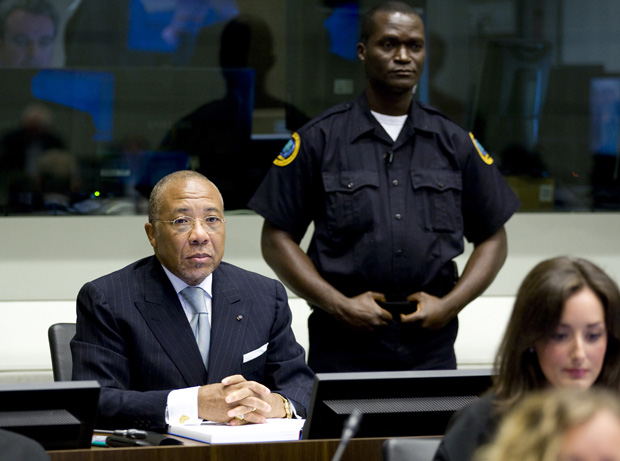 Charles Taylor, the former Liberian president and West African rebel leader, was found guilty of crimes against humanity this week and sentenced to 50 years in prison, making him the first head of state since the Nuremburg trials to be convicted by an international court.

But the trial, held by a UN-backed Special Court for Sierra Leone in The Hague, may have raised more questions than it answered as it fanned the flames of judicial neo-colonialism and the nature of justice. Everyone awaiting trial at the European-based court is a former African head of state. Taylor will serve his sentence in Britain, far from his family and other supporters in his native Liberia.

The trial was riddled with problems. Many of the witnesses were paid. One of the alternate judges insisted on giving an oral dissenting opinion (normally alternate judges say and do nothing) and was expelled from the court.

The court was not able to prove many of the more substantive charges against Taylor, including the charged he led troops that committed many of the atrocities in the Sierra Leone civil war, including the mutilation of young children, most of whom were forced to become child soldiers, and who then became a symbol of the war.

What the court convicted him of was aiding and abetting war crimes such as murder, rape, pillaging, sexual slavery and those very amputations, all in exchange for blood diamonds. One horrific charge involved Taylor’s troops forcing a woman to carry a bag of heads, forcing her to laugh as she did so, only to later discover her own children’s heads were in the bag.

As a carnival-esque side note, model Naomi Campbell testified that Taylor gave her a handful of “dirty stones” as a gift, which she promptly turned over to the director of Nelson Mandela’s Children’s Fund; he happened to have them tucked away in a safe until now, waiting for the right moment to get rid of them.

Perhaps the most significant problem facing the court is the impression that the very nature of justice in this case was somewhat skewed. Taylor undoubtedly fueled the fire of his neighboring country’s holocaust during his tenure as president. But other countries – notably Britain and the U.S. – also participated in aiding and abetting different sides of the conflict, often funding the same kinds of atrocities for which Taylor has been convicted. Will Tony Blair be charged for crimes against humanity? What about George W. Bush?

It’s not that Taylor isn’t guilty, or that his crimes aren’t heinous. But he wasn’t alone in his direct involvement. Back in Liberia, there are still five members of Taylor’s former inner circle walking around free in Monrovia. They are blacklisted by the UN, which has them under travel bans and other economic sanctions. One of these is Taylor’s former wife, Jewel Howard Taylor, currently one of the most powerful pols in Liberia’s senate.

Even Liberia’s Nobel Peace Prize-winning president, Ellen Johnson Sirleaf, serves under Taylor’s shadows. Liberia’s own Truth and Reconciliation Commission found her guilty of funding Taylor’s pre-war rebellion in Liberia to the tune of $10,000 and recommended that she be barred from office.