In a narrow hallway inside Cleveland “Cleve” Walker’s home at River City condominiums, a large collage of photos from his 1978 wedding to Ms. Belvon Mack is lacquered on a huge piece of wood. He points to a picture of Ali.

“He’s looking at his watch and says, ‘Cleve you still have time to change your mind,” laughed Walker. “He was always full of humor. I told him you get married often, so I think I’m going to try it for a while.”

In the photos,l Ali is right next to walker. Ali was his best man. In fact, it was the boxer who introduced Walker to his future wife. The two men first met in the late 1950s. Walker’s brother and cousin were both amateur boxers and they ran in the same circles as Ali. 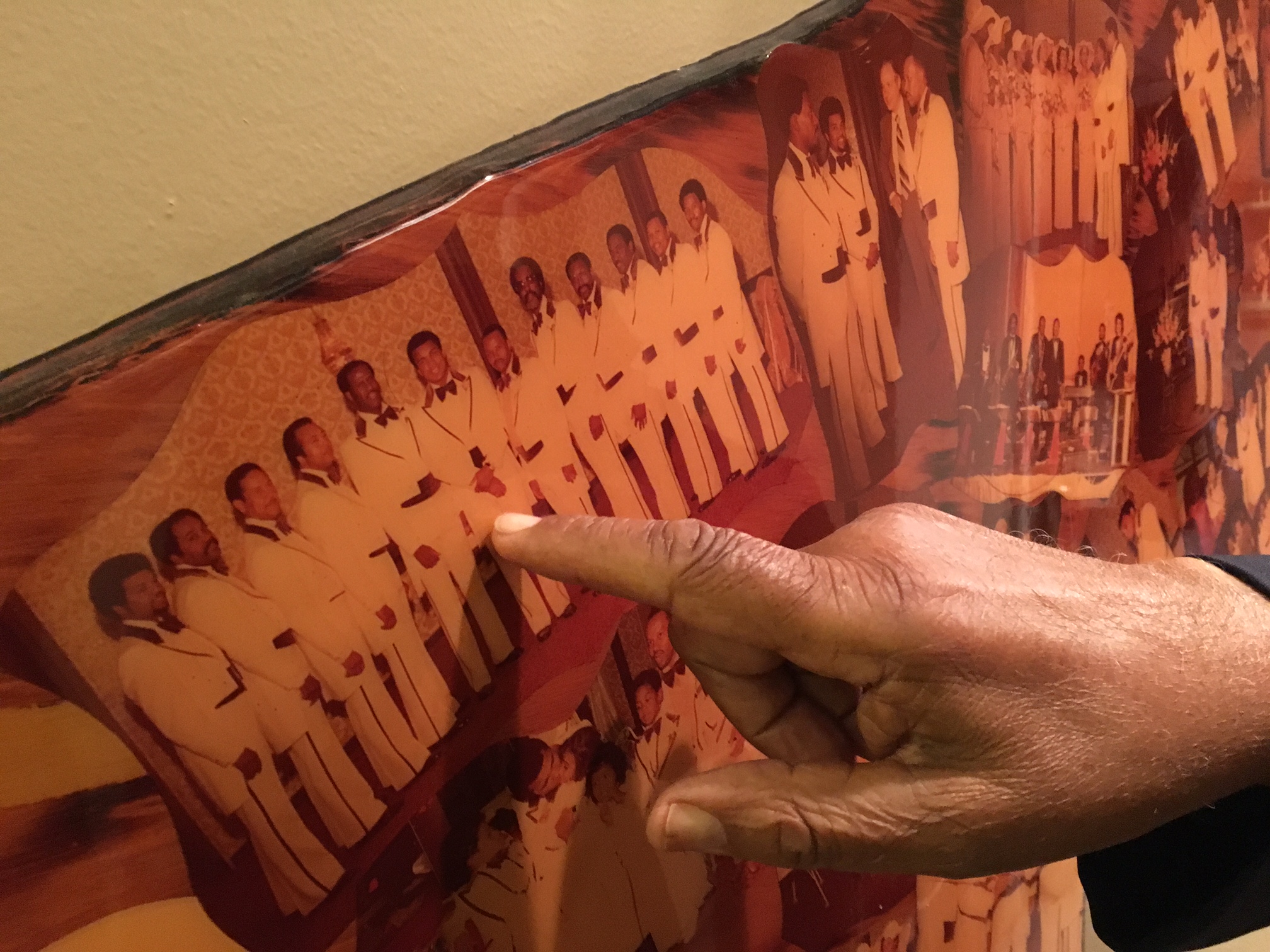 Yolanda Perdomo/WBEZ
Cleve Walker points to pictures from his 1978 wedding with the former Ms. Belvon Mack.

“He was just a clean cut young man who wanted to laugh and talk and have fun,” remembered Walker. “Full of plenty of jokes.”

Walker worked in a grocery store in Chicago while his friend traveled and trained. The boxer won the Golden Gloves title twice in Chicago before winning Olympic gold in 1960. That’s when he was still Cassius Clay. One day Walker says the fighter pulled him aside with some news.

The name change came from a religious conversion. Chicago author Jonathan Eig is working on an Ali biography set to come out next year.

“So he began to hear more about it in his travels and he became more intrigued.”

Munir Muhammad is with the Coalition For the Remembrance of the Honorable Elijah Muhammad and an archivist for the Nation of Islam. He says the teachings changed the boxer’s consciousness. Munir Muhammad says at one point, the religious leader urged Ali to give up boxing. He says Elijah Muhammad felt Ali’s talents could better be used behind a pulpit than inside a ring.

“Because it was sport and play. We don’t have time for these games, Muhammad,” said Elijah Muhammad. “Give the people what you know you have in you. You’re a minister.”

But Ali kept fighting and winning. And continued to talk to anyone who’d listen about the Nation of Islam and Elijah Muhammad. But he didn’t have a lot of takers.

“He said that’s who made him great. And he boldly spoke of that,” said Muhammad. “But the media dismissed all of that.”

Author Jonathan Eig agrees and says during new conferences, Ali talked in great detail about Elijah Muhammad and the Nation of Islam. It’s just that most declined to publish or air that information.

“He loved Elijah Muhammad. He really believed he was a prophet of God,” said Eig. 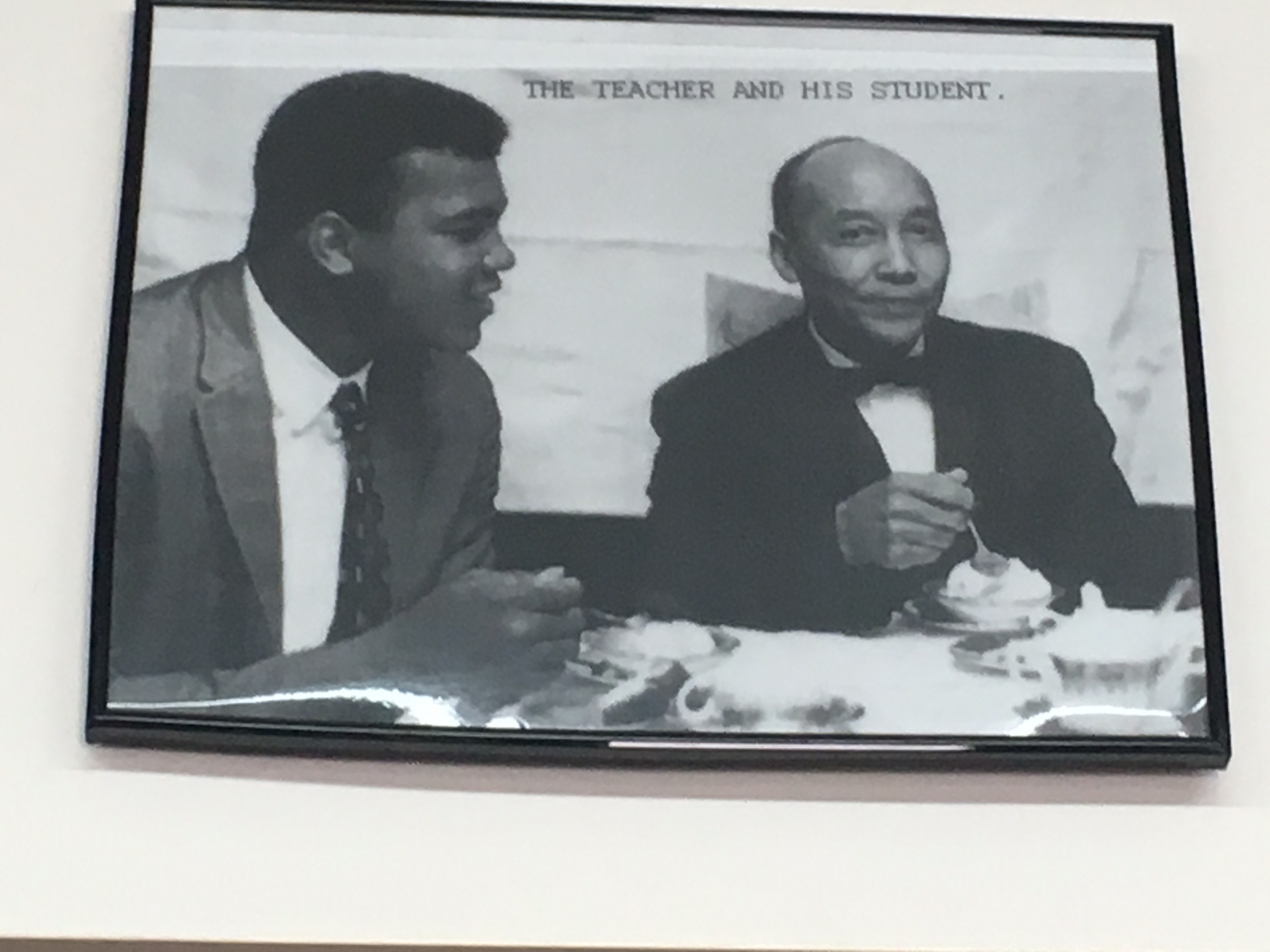 Yolanda Perdomo/WBEZ
Muhammad Ali with his spiritual mentor the Honorable Elijah Muhammad, leader of the Nation of Islam.

“Reporters chastised him. They said he was being brainwashed. They called him a fool. A lot of black people thought that was a bad move too. Martin Luther King said he didn’t know what he was talking about. That he should keep his mouth shut and focus on boxing. He was willing to take the hatred from the whites and blacks for many, many years. He was one of the most unpopular men in America. We forget that sometimes.”

Ali’s Chicago friend Cleve Walker wears a reminder of his friend every day.

Years ago when Ali was giving thousands of dollars to his friends and employees, he asked Walker how much he wanted. Walker said he didn’t need the money. But the boxer insisted. Walker shrugged and said just something to remember Ali by. Weeks later, he received a small gift: a big gold ring that resembled one that a World Series or Super Bowl winner would wear. A gold crown with three small diamonds sits on reddish stone. One side has a gold glove with the names of his famed opponents: Liston, Foreman and Spinks. The other side the words “The Greatest Heavyweight Champion.” 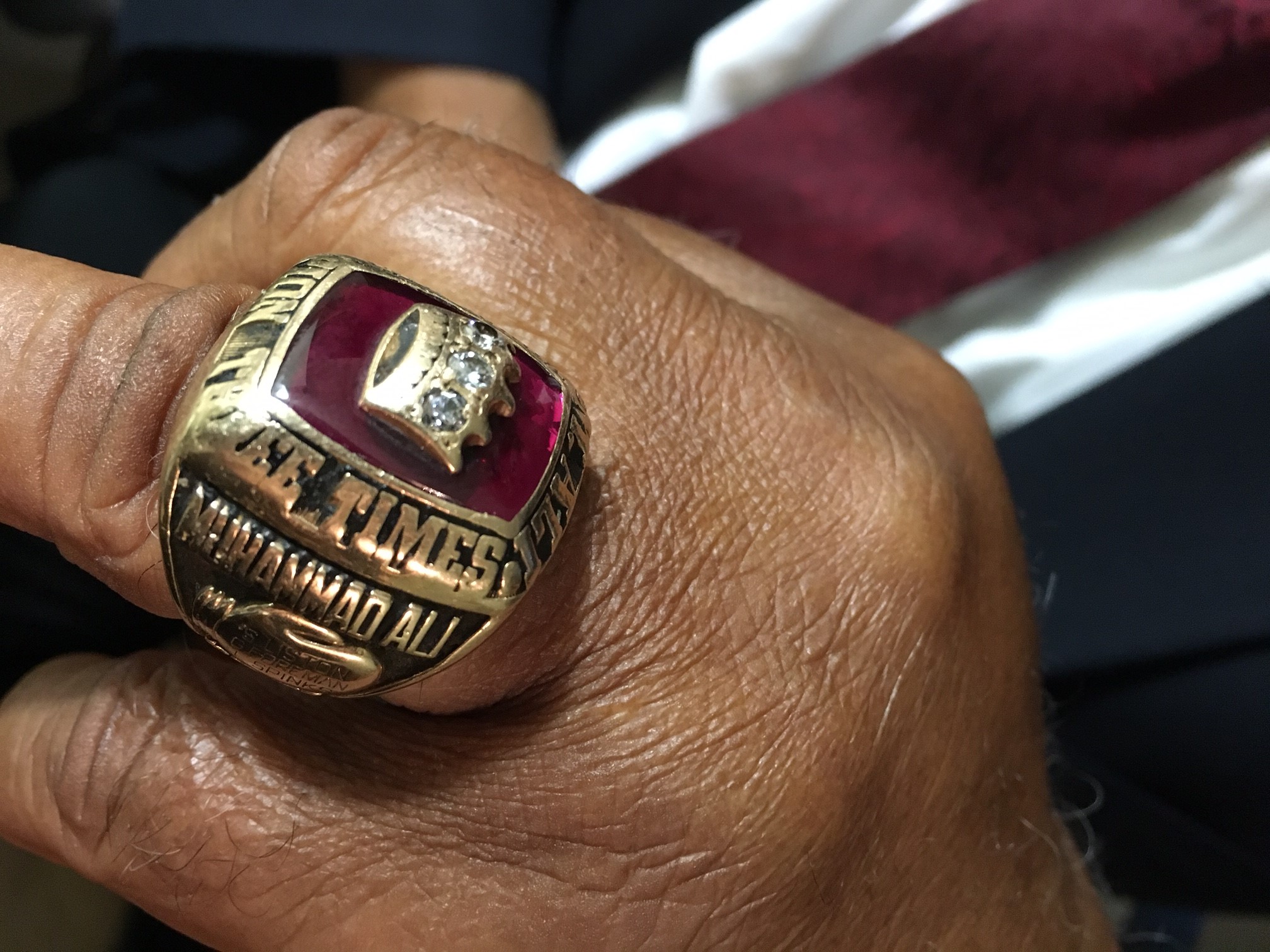 Yolanda Perdomo/WBEZ
Ring given by Ali to Walker in 1978 as a token of their friendship. One side lists notable opponents beaten by Ali: Sonny Liston, George Foreman and Leon Spinks.

For years, Ali suffered from Parkinson’s and he had trouble talking, but Walker says they could still communicate.

“I can’t remember when we stopped talking. Because what would happen is that I would get close enough to him too figure out what he was saying, said Walker. “Or I could pretty much read his lips when I asked him a question. He didn’t want anything from me but comfort and conversation.

Walker says he got the call last Friday that Ali’s breathing capacity was drastically diminished. He got on a plane and joined Ali’s family In Arizona to say their final goodbyes.