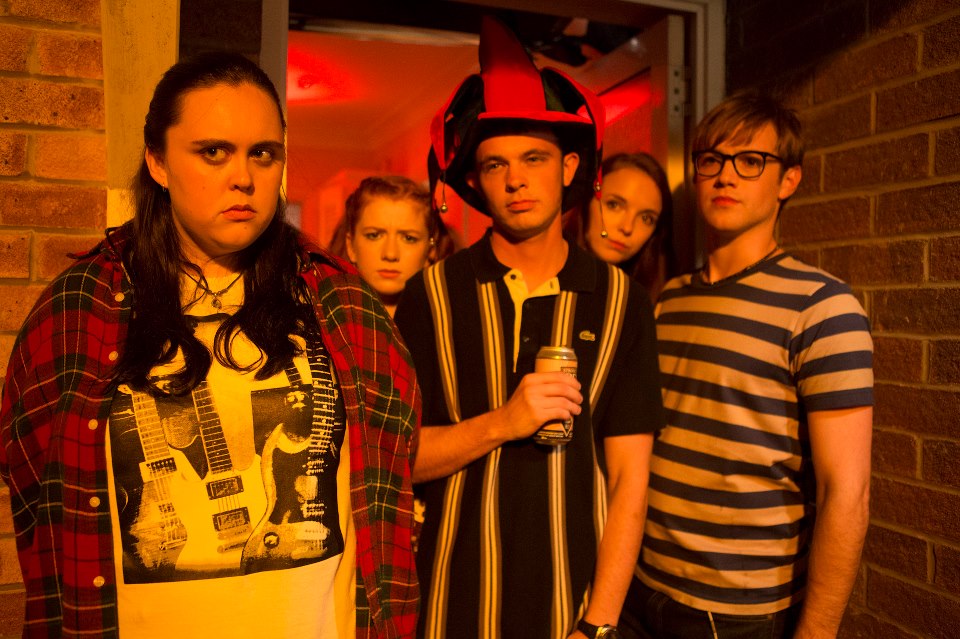 Based on the book My Fat, Mad Teenage Diary by author Rae Earl, the show My Mad Fat Diary (all of the episodes are available online on Youtube) came at the exact right moment and underscores certain core beliefs that plague me even now, at age 25. To me, this show says something few shows have ever attempted: You are OK.

The show takes place over a brief period of time during the summer of 1996 in Lincolnshire, England and tells the story of 16-year-old Rae Earl. Freshly released from a psychiatric hospital after a four-month stay, Rae tries to gain a footing in the outside world while undergoing treatment for body image issues and depression. It is in Rae’s struggles, as well as her everyday interactions, that the show finds its grace. 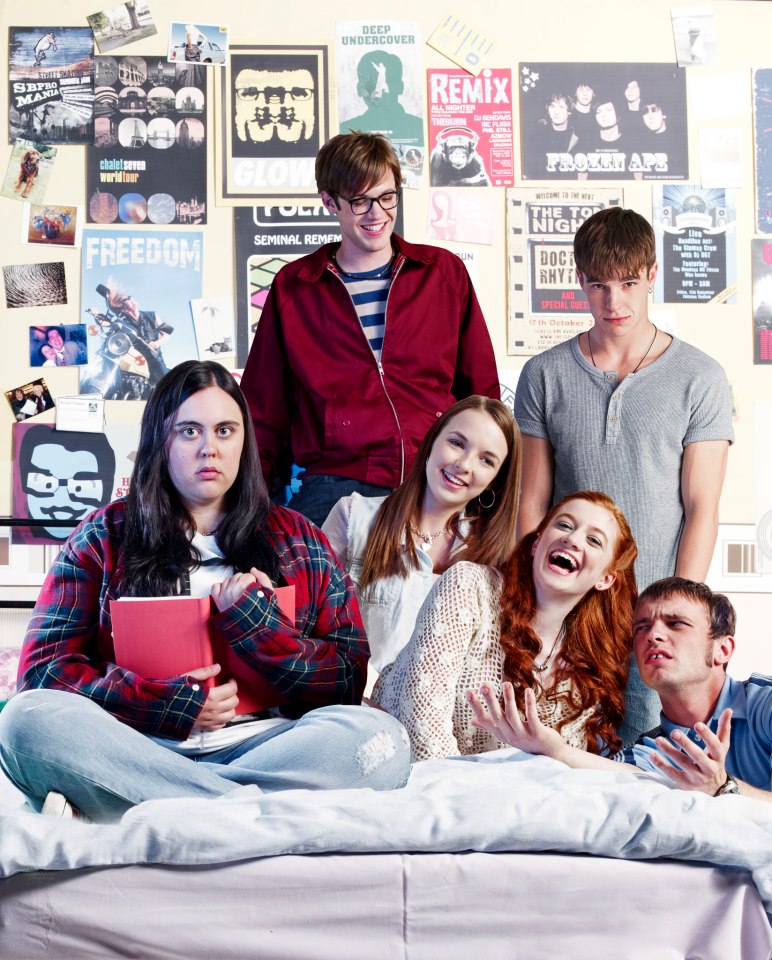 In many ways, My Mad Fat Diary reminds me of the beautiful but short-lived ABC Family show Huge. Both shows feature a teenage female lead grappling with insecurities and weight concerns (Huge takes place during one summer at "fat camp"). But both shows also include nuanced and elegant depictions of teenage struggles with self-esteem and mental illness. Some critics argue that creating such "specialized" stories in fiction will alienate viewers. To me this argument holds no water; both Huge and My Mad Fat Diary provide the most profoundly accurate portrayals of the experiences of young women, of all sizes, that I've ever seen.

This is in no way an exaggeration. I clicked with My Mad Fat Diary within the first five minutes because the writing felt real and true. We see all of Rae's insecurities. We hear her monologues. We laugh at her sketches and feel her pain.

We watch Rae and her friends go to parties, drink, and, on occasion, take drugs. They are unsure of themselves. They wear jeans and t-shirts, flirt awkwardly, and have discussions about what it will be like to lose their virginities. "I just wished for someone who wouldn't be disappointed that they had to kiss me,” Rae thinks during a game of Spin the Bottle. Rae and her friends argue with their parents and listen to records (really good ones at that). They are real people, the sort of people you might have known while growing up. Or perhaps, they are the sort of people you were while growing up.

In fact, My Mad Fat Diary is at its best when it is about friendship. Even though the show takes place over a period of only a few weeks, the friendships grow immensely during this short time. Teenage friendships can be so intense – and so volatile. Friendships developed at this age can feel so heavy when they are active, and so depressing when they are gone, because so much is at stake. But for Rae, it is her new family – her friends – that allows her to continue on her path of healing. They are not the catalyst for all of her change, but they are an important facet in her recovery.

For example, one thing that struck me right off the bat was the amount of touching and intimacy between the characters: hugging, hand holding, pecks of affection, secret languages – all of it emphasizing the normalcy and affection in their relationship. Rae feels trapped by her body; she feels that her size will hinder her ability to find love and happiness. And yet the people around her – her love interests and especially her new friends – don't keep their distance. And as the show progresses, Rae transitions from an outsider to her gang's most beloved friend.

"You can't spend the rest of your life being afraid of people rejecting you,” says Kester, Rae’s therapist in an especially tense scene in the final episode. “You have to start by not rejecting yourself. So, from now on, people either accept you for who you are, or they can f*ck off." Although this occurred at the end of the season, in many ways this framed the entire premise of the show.

"My instincts said that you see yourself as a fragile thing, like a little broken bird sloshing around in a bottle,” said Rae's therapist in an assessment of her first days out of the hospital. “But if you trust me, if we trust each other … then you'll be alright. Because basically, I think you're a pretty tough cookie." And Rae is – or at least she can be. It can take a lot of work to be that tough. 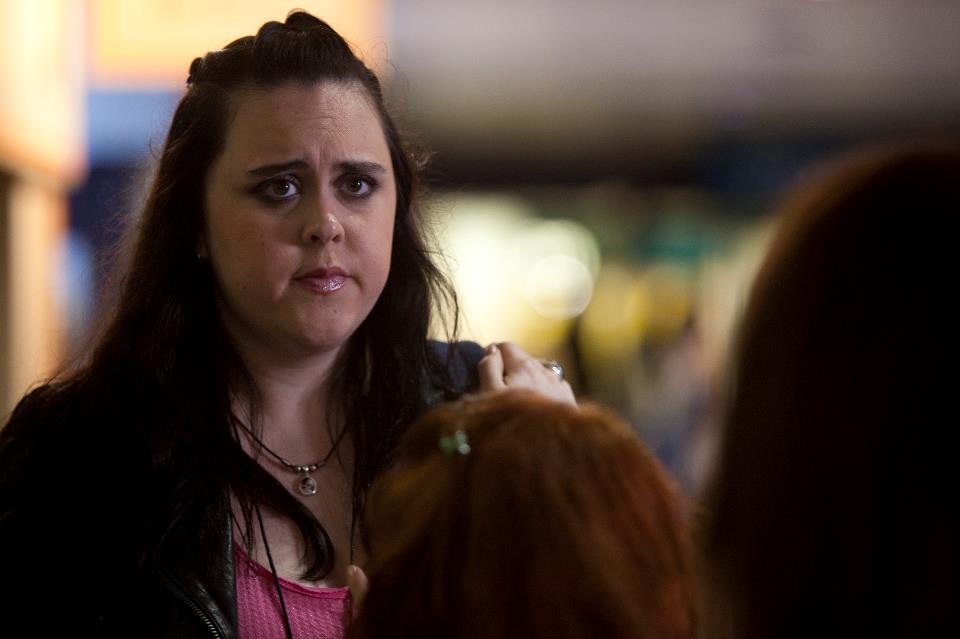 I stayed up until 3:30 a.m. watching the show's entire run – just six episodes – in one day, and it left me desperately wanting more. Later, I spread the gospel to my friend and coworker Sarah Chandler, who  immediately expressed her own love of the show.

“I found myself feeling vulnerable again,” Chandler said. “I remember leaving work and thinking about all the times I felt like [Rae] did in the show: uncomfortable, unhappy, defeated.”

“Life is a bitch, especially if you’re a girl,” Chandler added. “[The show] highlights the humor in being a woman and the darkness behind it.” 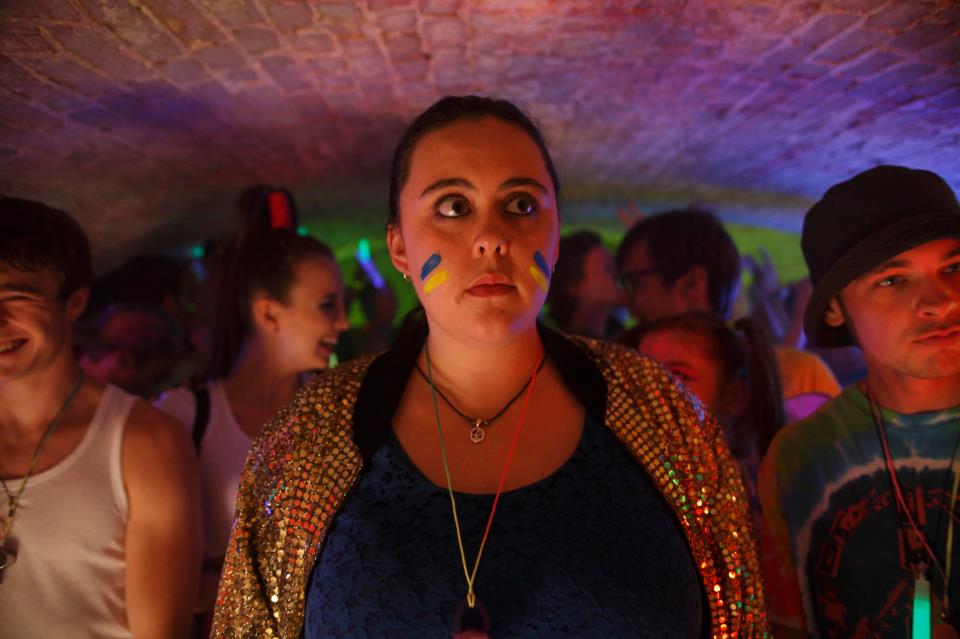 I agree: My Mad Fat Diary is a near-perfect depiction of what it's like to be a teenage girl: It is embarrassing and public and rarely dainty. In one fantasy scene, Rae stands in front of a mirror, unzips her body, and steps out of it, as if what was hidden underneath was her “true” self and this skin was someone else. "I am a body dismorphic without the dismorphic. I am a bulimic without the sick. I am fat,” said Rae. This scene, so raw, left me speechless.
This scene reminded me of my freshman year of high school – the year I was called a “fat whale of a bitch” by members of the lacrosse team, in front of the entire freshman cafeteria. I cried uncontrollably, hating myself, and wrote furiously in a leopard print journal I kept in my childhood bedroom. I was also reminded of sophomore year, the year I couldn’t stop binging, the year I came home and curled up on the couch and felt good about nothing and no one, but especially myself. That was the year I could not wear any of my old clothes, or anything at all in the regular juniors or women's clothing stores. That was the year I wished I could just cut it all off.

And later, in a scene from the show with Tix, Rae’s friend from the hospital who suffers from anorexia, I saw the next year of my own life: the obsession with dancing, the controlled eating, the endless exercise, and the desire to be “perfect” in contrast to my years of “imperfection.” That scene was the realest thing I have seen on TV in years.

It has been nearly a decade since I was 16, but the healing is only now complete. Nothing is as memorable as 15, as 16, as 17.  If anything, My Mad Fat Diary has shown that for many, this is a reality. You are not alone, it says. You will be alright.