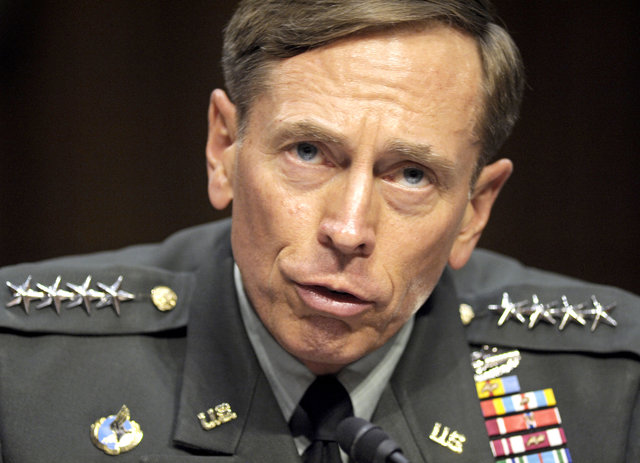 David Petraeus has been a cadet, a second lieutenant, a captain, a major and a colonel; he's been a four star general, an army commander in a war zone and our chief of spies. Along the way Petraeus has been variously called ambitious, demanding and competitive; a military genius; a team player; a loner; a dedicated servant of the system; a publicity hound and careerist. But now there's a new lable to add to the list: adulterer.

The label may fit the crime, but I wonder if the potential punishment and fall from grace connected with this offence is a bit excessive. I don't condone his behavior in any way, but it is important to point out that David Petraeus is not the first American political or military power broker accused of playing fast and loose with his marital vows. Remember Bill Clinton and Monica Lewinsky?

Did Petraeus do something wrong? Yes. He is guilty of infidelity, from the Latin fidere “to trust,” “to have confidence in.” Petraeus was unfaithful and broke trust with his wife. Are there consequences for this kind of behavior? Yes! One remedy is divorce; the other, and often harder, road to follow, is forgiveness. Will Holly Petraeus forgive her husband or divorce him? Only time will tell. And frankly, it’s an entirely private matter.

The big issue for me is whether Petraeus’ inappropriate personal conduct compromised his public role in any way. Did having an affair affect his work as CIA Director? Was he made more vulnerable or less effective? Did he put America’s interests in jeopardy? If not, then perhaps, like Bill Clinton, Petraeus will offer a public apology, deal with his private domestic woes and find a new way to engage in public service.