PHOTOS: Venezuelans Take To The Streets In Protest Against The Government

They call it “The Taking of Caracas.”

A flood of Venezuelans — supporters of the opposition, unhappy with President Nicolas Maduro — marched in the country’s capital on Thursday, demanding a recall election.

Venezuela’s economy is in freefall. Food shortages have left grocery stores bare, while medicine shortages have frustrated doctors who say they have a fraction of the supplies that they need.

Inflation is rampant, lootings and riots are common, and blackouts are frequent, as John Otis has been reporting for NPR for months.

All this, in the country with the world’s largest oil reserves.

Maduro’s approval ratings have plummeted, but as NPR’s Lulu Garcia-Navarro has reported, the socialist leader is holding firmly to his power. 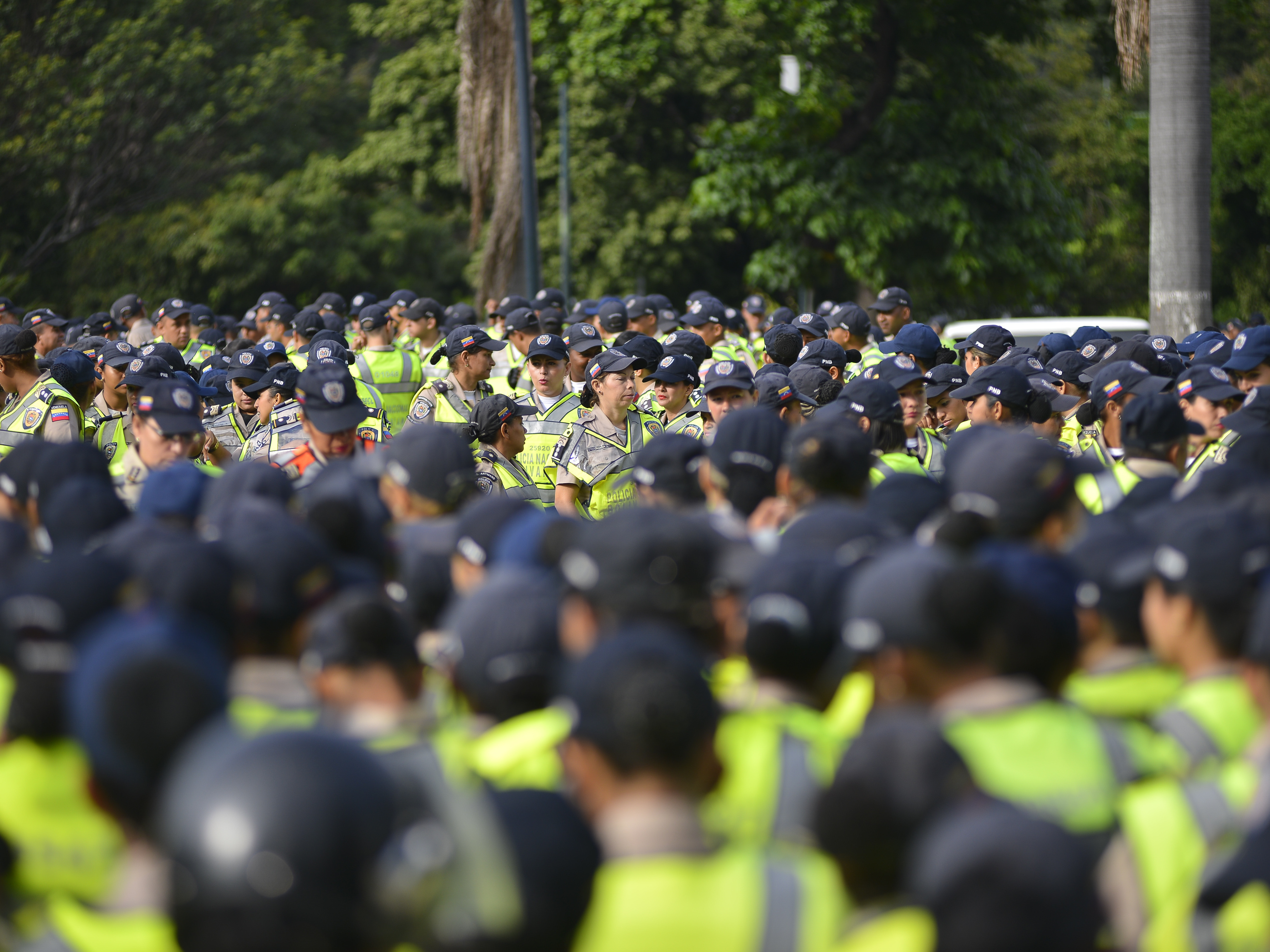 Venezuelan police gather ahead of an opposition march in Caracas on Thursday. Protesters want to pressure the government to hold a recall referendum against President Nicolas Maduro. Carlos Becerra/Bloomberg via Getty Images

His government “controls the judiciary, the military, the executive and most of the media in the country,” Lulu notes. And some public servants believe they have been fired as retribution for supporting a recall vote.

“Venezuela’s government says it is the victim of an economic war that has crippled its economy,” Lulu reports. “It alleges the opposition is in the pay of the U.S. government, which is intent on overthrowing it. The opposition and the U.S. both deny this charge.”

Military and police forces were deployed across the city ahead of Thursday’s march, as Maduro accused the march organizers of planning a coup.

Opposition leaders, who were hoping a million people would show up to the protest, say they are hoping to put enough political pressure on the government to push a recall vote to happen this year.

Maduro, speaking at a counterprotest in support of the government, mocked the turnout as being far lower than expected — he pegged it at 30,000, while organizers said it was much higher, The Associated Press reports.

“Should Maduro lose, new elections would be held — and the opposition would stand a good chance of returning to power for the first time since the late Hugo Chavez ushered in Venezuela’s socialist revolution in 1999.

“Critics claim the government is stalling for time. The country’s electoral council, which nearly always sides with the executive branch, says there may not be enough time to gather signatures and organize the voting process to hold the recall this year, and that the vote very likely will have to be held in 2017.

“Should that happen, and Maduro loses, his vice president would take over — keeping the ruling socialists in power until at least 2019.” 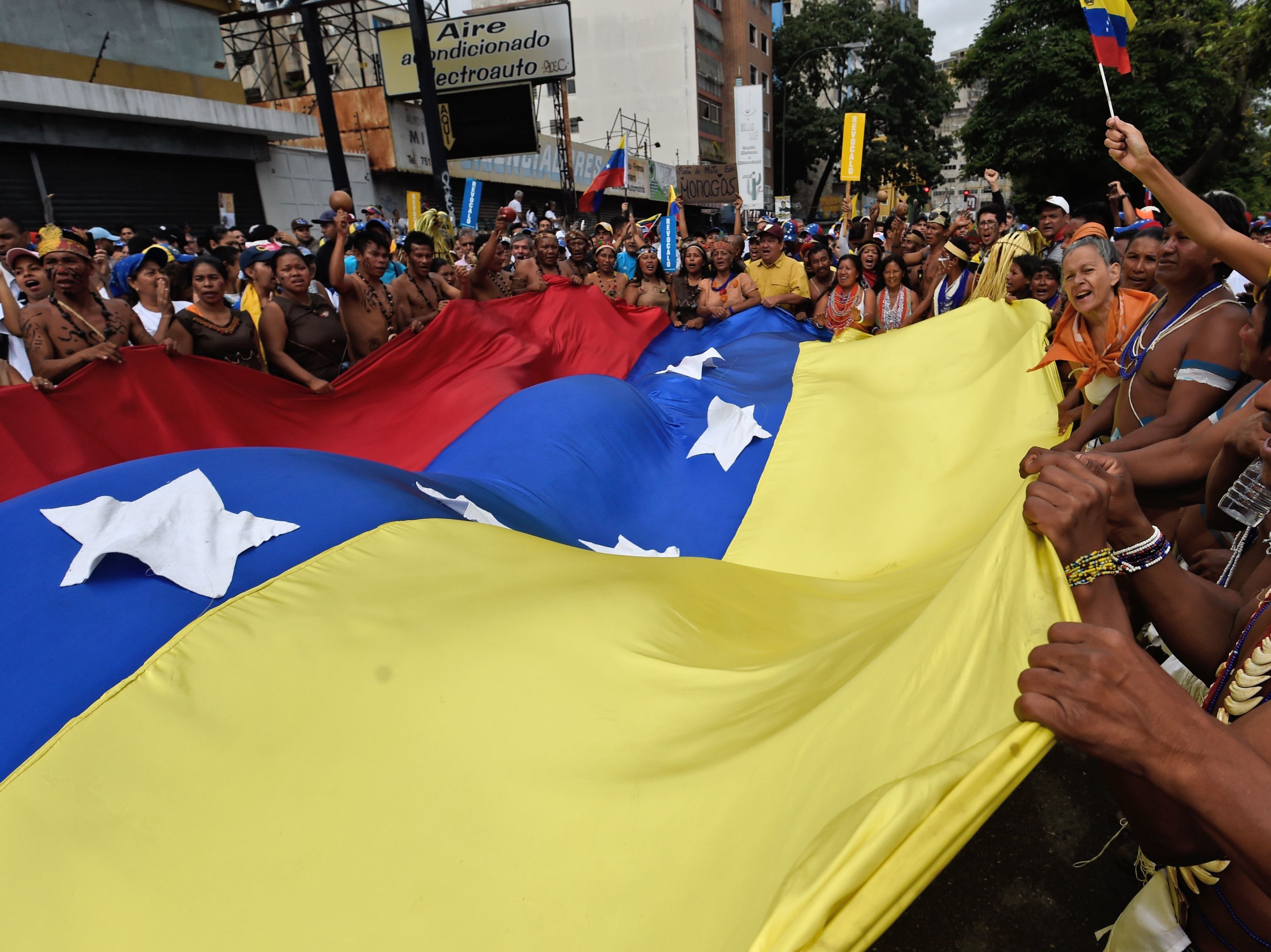 Among the marchers, The Associated Press reports, were about 100 indigenous people — from the Piaroa and Jiwi tribes — who traveled from the Amazon to protest. A member of the Piaroa tribe was accused of fraud and jailed last year during elections, “a case the government used to disqualify three indigenous leaders from taking seats in the opposition-controlled legislature,” the news service writes.

The protesters have vowed another show of force next Wednesday. 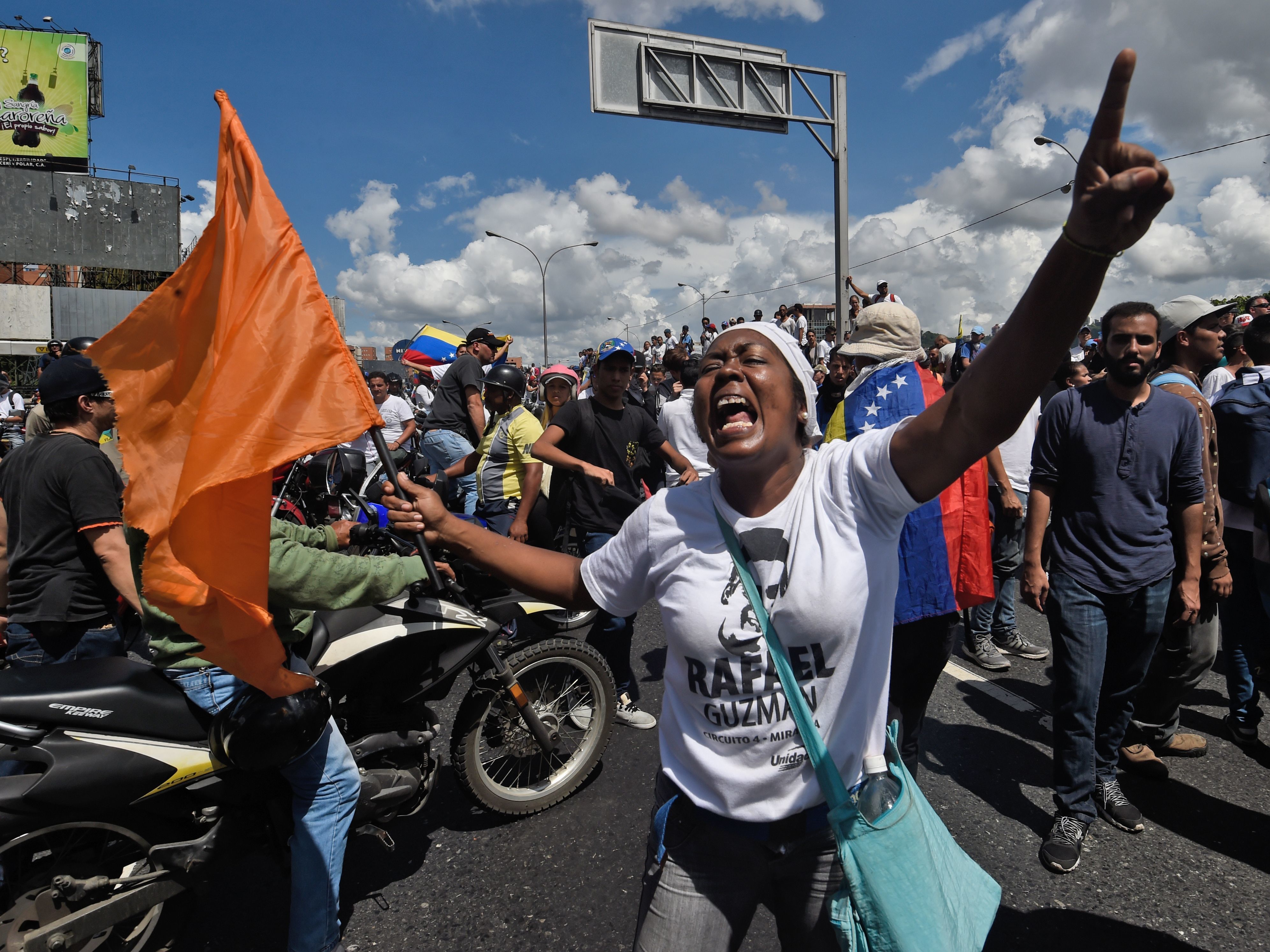 Opposition activists march in Caracas, on Thursday. Venezuela’s opposition and government head into a crucial test of strength Thursday with massive marches for and against a referendum to recall President Nicolas Maduro. Juan Barreto/AFP/Getty Images

Otis, who frequently reports from Venezuela for NPR, tried to travel to Caracas to cover the protest for us.

But he was blocked at the border — the government was turning away foreign reporters. He wrote about the experience Wednesday night:

“Apparently the government thinks it can control or tamp down news coverage of Thursday’s protest by keeping out foreign reporters. But international news organizations like CNN, AP, Reuters and Bloomberg News all have permanent correspondents here, so it’s not like proceedings will go unnoticed.

“What’s more, sending us packing only reinforces the government’s heavy-handed reputation with the press. I had to sign an official letter declaring myself an ‘inadmissible person’ and add my two thumbprints to the document.”