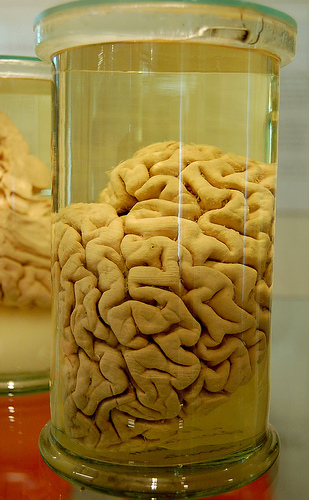 By this point, I'm loath to give Rachel Shteir's New York Times piece more play. She made her point, people responded, she was given the chance to reply (and that response was something along the lines of, "I meant what I said and I'm sorry if you little diaper babies can't take it.") Fine. Let's move on to some other civic outrage, like how horrible our baseball teams are right now.

EXCEPT. One thing I can't get over is a particular way some Chicagoans have expressed their displeasure with Shteir: by attacking her looks (just read the comments on any of the pieces online about her.) I can't quite let this go by for the following reasons:

A. It's inaccurate. Shteir may be a little cranky, but she is perfectly nice looking. I am an expert on looks and I'm declaring this as a fact so don't even argue with it.

B. More importantly, Shteir's opinion and her looks have absolutely nothing to do with each other. She doesn't even need to have a face or arms or legs to be allowed to have an opinion. She could just be a brain in a jar like The Man With Two Brains, being taken for a ride in a rowboat wearing a straw hat and wax lips. And she'd still be entitled to her opinion.

C. Is this a thing now? Only attractive people are allowed to criticize things? Because that means about 98% of all pop culture critics need to find new jobs.

D. Criticizing Shteir's looks is breathtakingly sexist. Do I even need to elaborate on this? Are only pretty women allowed to have strong opinions? Or are pretty women the stupid ones? Basically, we're all screwed. But seriously, I'm glad that the me of now has established a thick enough skin that it doesn't make me cry (too much) when people I don't know say I'm ugly because I have a feeling that isn't the same as theirs. However, it makes me sad to think that there are other women or girls out there who might be afraid to say something in a public forum because of hearing the irrelevant but still hurtful retort that they're ugly. Unfortunately, even though most of us know that it's a lazy, flabby, irrelevant insult, it can still sting. Let's get rid of it.

E. Most disappointingly, saying "she's ugly anyway" makes Shteir's point for her. It makes us, as Chicagoans, look brutish and clumsily defensive. They would never do that in New York! They would cut you down with some witty bon mot they once heard at some literary cocktail party and then make you feel bad about your real estate. Do we really want to establish the precedent that in Chicago, we're like "Grr, me angry, me hate face"? We can do better.

Look, if you want to fight Shteir's perceptions of the city, defend the city. Dare, even,  to find a way to improve it. Maybe Shteir will eventually grudgingly admit that it's not that bad once she's gotten her wish and gotten the hell out of here.