On July 28, 2012, Elawndoe Shannon put in a request for sick call at the prison where he was housed in Lawrence, Illinois. Two days later, he died. The day after his death a nurse in the health care unit finally got his request slip for medical care.

“That means somebody took it and just said, ‘Oh it don’t matter, ain’t nothing wrong with him.’ That’s crazy!” said his sister Jackie Shannon in a recent interview on the front porch of her house on Chicago’s South Side.

“Everybody’s entitled to see a doctor. I don’t care, you could live in a hole somewhere. If you come out of that hole and you’re sick, you should be able to see a doctor. How many other ones in there that need to see the doctor are not seeing a doctor?” she said.

It’s not unusual for Illinois inmates to complain that they have trouble seeing doctors.

In another story, WBEZ reported on Anthony Rencher who went to the prison health care unit in the middle of the night where he was observed in the waiting room for an hour before he returned to his cell where he died.

And then there’s the case of Daniel Nevarez. 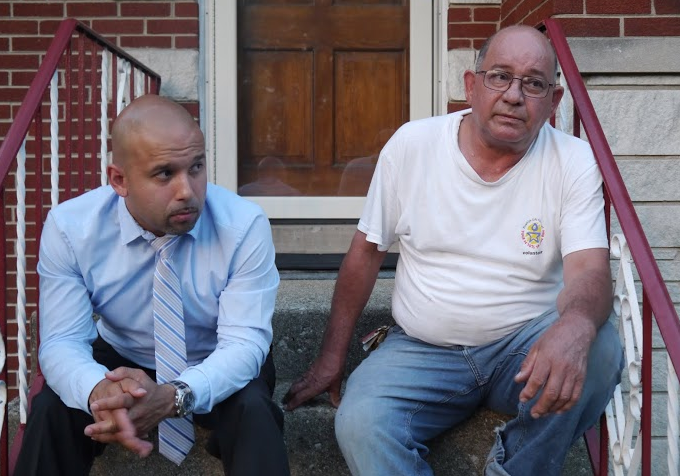 Letter from the grave

Daniel’s brother Alonzo Nevarez sits on the front stoop of his dad’s bungalow near Midway Airport and reads through a letter his brother Danny wrote from prison.

“We got the letter after Danny passed, and it was, it’s him talking from the grave actually,” said Nevarez.

It’s in Spanish and Alonzo translates while he reads. “The reason for this card, to beg you to help him, he’s sick, and the people from this facility, no me quieren, they don’t want to help me. These people are not taking me serious. I need help.”

According to medical records, in March of 2010 Nevarez complained to a prison health care worker of pain in his knee. The prison took an X-ray but found nothing. The doctor prescribed some drugs and told Nevarez to exercise as much as possible.

A year later Nevarez was still complaining about his knee. He was prescribed Motrin and referred to a doctor. The next two appointments with the prison doctor were cancelled, one because of understaffing and another one because there was no security escort.

“He called when he was in prison complaining that they were ignoring him. They wouldn’t let him see the doctor,” said Nevarez.

The medical records also show that on several occasions Nevarez refused to see health care workers. In one instance he’s quoted as refusing to see the prison doctor because he wants to be immediately taken for surgery on his knee. On another occasion he refuses to pay the $2.00 co-pay and is therefore denied care.

Daniel’s father Salvador Nevarez said his son was complaining that the prison wasn’t giving him health care,  so the family had a lawyer contact the prison.

Nevarez went to an outside hospital where the tumor was removed. He also went for 33 radiation treatments. A year after his treatments on December 13, 2012, Nevarez once again sought medical care. According to records he appears to have fainted and gotten a cut above his eye when he fell.

He told doctors his head hurt and he couldn’t remember things. A doctor at the facility seems to have decided Nevarez was lying in an attempt to get drugs. The way it’s recorded in the medical record is: “appears to be med seeking.”

Nevarez was sent back to his cell. He fell into a coma. A CT scan of his head was taken and it showed he had two large, dense brain tumors and swelling in his brain. He died that day at the age of 31.

The autopsy states, “Given the lack of follow up care and systemic chemotherapy for this patient, in combination with with the poor prognosis in general for such a tumor, it is not surprising that he developed widespread metastases a year after diagnosis.”

In the death review the department handed over to WBEZ, where it asks, ‘Was an earlier intervention possible?’ the answer is redacted. On the non-redacted version given to the family, it says the cancer diagnosis could have been made sooner, though it says it was, “probably too late for significant intervention.”

Seeing a doctor 'can take months'

“It’s a symptom of an overloaded system that it takes forever to get over to a doctor,” said Alan Mills, an attorney specializing in prison litigation. “And then once you’re there you don’t see the doctor right away, you go through two or three screening processes before you finally get to see a doctor. So that can take months.”

“There are red flags all over the place,” said Mills. “But without the details, you have to get beyond just saying, ‘well this person died too soon.’ You don’t know that unless a doctor looks at the medical records and says, ‘no this test was done or this test wasn’t done, this is what the follow should have been and it wasn’t.’”

That work is now being done by a doctor appointed by a federal judge as part of the class action suit Mills filed over health care.

The State of Illinois pays a company called Wexford Health Sources more than $100 million a year to provide health care in the prisons. Wexford did not return repeated calls for comment over the last two weeks. That’s just the most recent refusal—WBEZ has had an ongoing request for an interview with the company for almost two years. 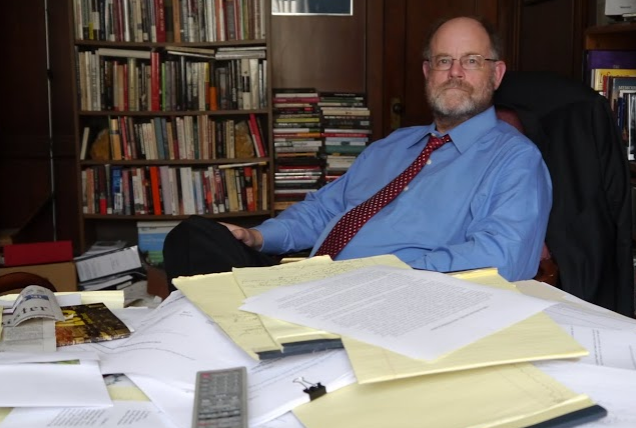 Attorney Alan Mills has studied the contract between Wexford and the state.

“Wexford gets paid the same amount whether they provide a lot of care or a little care, so therefore, every time they provide care their stockholders lose money. So that is a fine model, but you have to have some control to make sure that they’re actually providing the care that you’re contracted to giving them. Nobody in the state of Illinois regularly audits the Wexford contract, either financially, or more importantly, a health audit to see what the outcomes are that we’re getting,” said Mills.

Illinois Department of Corrections spokesman Tom Shaer won’t discuss issues raised by Mills. “I’m not going to discuss anything that Alan Mills says because Alan Mills has been proven to state things that are false, so I’m going to respectfully decline to include any information coming from Alan Mills in this interview. Anybody else you want to talk about, fine, not him,” said Shaer.

The medical director who oversees more than $100 million Illinois pays Wexford for medical care refused to speak to WBEZ.

Illinois prisons have low death rates compared to other prisons

Shaer says focussing on just a few cases does not give an accurate picture of health care in the department. He points to Bureau of Justice statistics showing Illinois’ prison system has one of the lowest death rates in the country compared to other prison systems.

“We have pretty high standards here. We do the best we can within our ability to monitor that and if we felt that our ability wasn’t adequate, we would find a way to address that,” said Shaer.

“I see enough things that tell me there are really some warning signs here. I mean there are problems,” said State Rep. Greg Harris.

“You know in the testimony, in the contacts from individual families, in the lawsuits that have been settled and paid by the state for deaths that should have been preventable, I know there are things that we should have done that we did not do and that there are probably things that we ought to be doing better now,” said Harris.

As a result of the hearings, Harris concluded that no one in Illinois is paying close attention to the $100 million the state pays Wexford every year. Harris brought in the National Commission on Correctional Health Care to audit health care, both the finances, and the health outcomes.

He says independent experts who know how to evaluate health care in a prison setting are looking at the system and should provide some answers soon. That audit is in addition to a federal court monitor who is also evaluating Illinois’ prison health care system in response to complaints.