The Pritzker Military Museum & Library in Chicago is marking the 75th anniversary of D-Day with a new exhibit that honors American soldiers who served during World War II.

The exhibit opening Thursday tells the story of the invasion on June 6, 1944, in which more than 160,000 Allied troops fought Nazi Germany on 50 miles of French coastline in Normandy. The story includes the planning, landing and aftermath.

Visitors can see original photos of soldiers on the day of the invasion, as well as artifacts, including shoulder patches of the airborne divisions that parachuted into Normandy and a steel M1 bayonet, the knife model that American soldiers carried when they landed in Normandy.

“Our hope is that visitors … will continue to remember this important event in world history, especially as D-Day veterans and World War II veterans as a whole are passing away,” James Brundage, the museum’s curator, said. 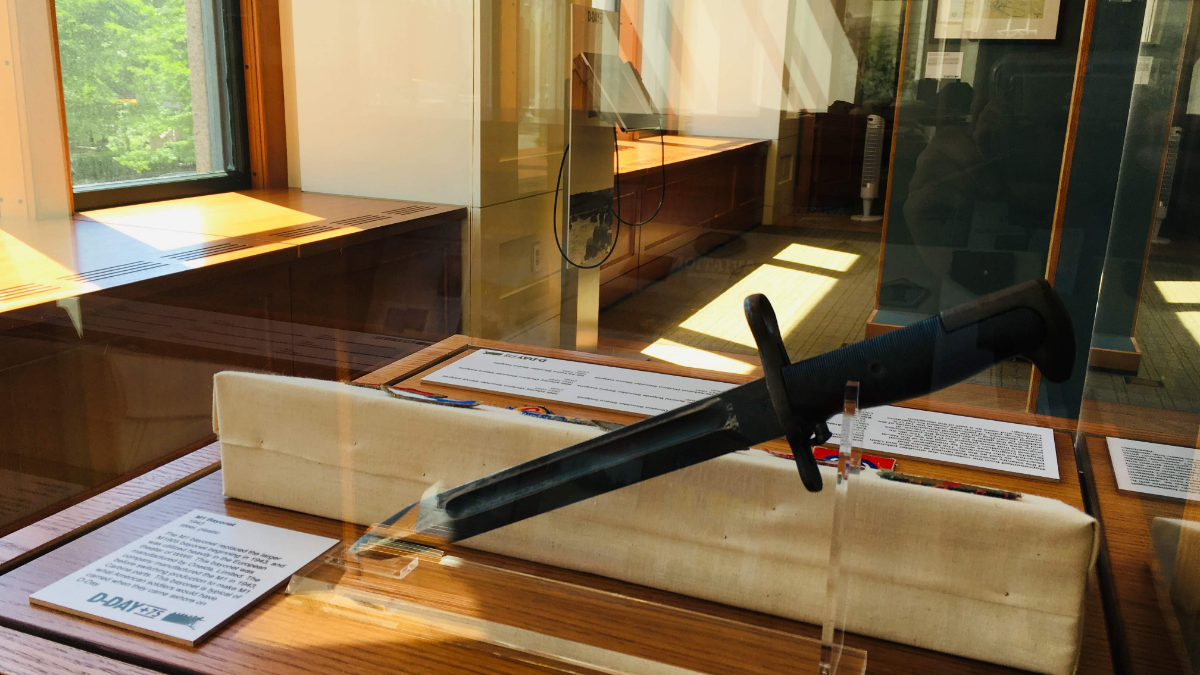 An audio tour gives visitors a deeper understanding of D-Day and the exhibition. The tour includes oral history interviews with two living D-Day veterans from Chicagoland: Ray Wagner, 95, and Richard Rung, 94. Both men were drafted in 1943 — Wagner into the Army at 19 years old and Rung into the Navy at 18.

As with the museum’s other exhibits, the D-Day collection has been digitized for people to experience online. But Brundage said that doesn’t have quite the same effect as experiencing it face-to-face.

"Seeing it in person gives a good sense of the scale of the impact,” he said.

The exhibit runs through December. The museum is located at 104 S. Michigan Ave.