Chicago is no doubt a city of stark economic differences, a fact that prompted Heather Radke to ask this question:

What's it like to live in public housing versus the fanciest apartment downtown?

But to hear more about what separates — and possibly connects — life on either side of Chicago’s social divide, we needed a game plan. We quickly settled on the first ground rule: The reporting needed to be specific. So, just as there’s no prototypical public housing experience, nor a prototypical “fancy housing” experience, we are profiling two Chicagoans who live on either side of the spectrum. 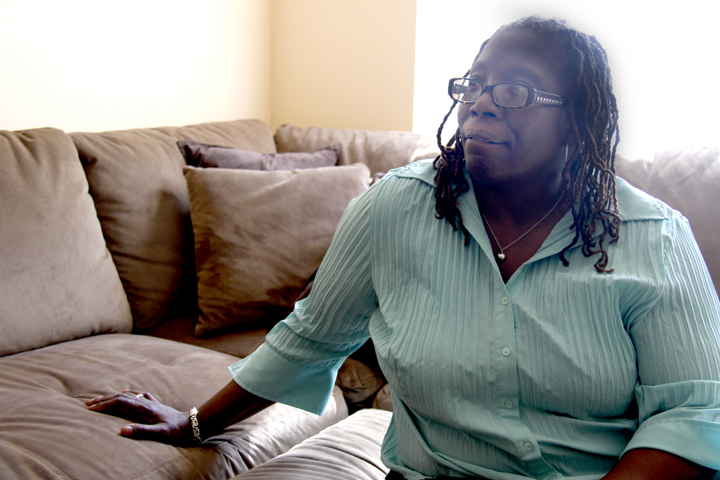 We’ll look at not only about how and why they ended up living where they live, but also how their homes define their lives. I’ll also ask them everything from how they do laundry to what they eat for dinner. And I’ll bring in relevant demographic data about their neighborhoods and the people they encounter daily. And, most importantly, I’ll ask both people to comment on each other’s insights and perspectives.

As we continue our search for someone interested in sharing their experience living in what would qualify as a “fancy apartment downtown” (see the editor’s note below), we bring you what we’ve learned from a woman who can tell the public housing side of our story.

‘I do all my good stuff in my house’

Crystal Palmer lived in the area where the United Center is now for much of her life. From 1968 to 1994, she lived in the Henry Horner Homes, a Chicago Housing Authority public housing project that was composed of high-rise buildings along with a sprinkling of low-rise buildings.

She returned to public housing in the neighborhood a few years later, as the CHA redeveloped the old Henry Horner homes. Today, Palmer lives in a $373-per-month, two-bedroom apartment in the Westhaven Annex, which sits on a plot of land seemingly carved out of the main parking lot of the United Center.

Listening to Palmer talk with her in-unit dryer spinning in the background, it became clear that she’s proud of the home she’s made for herself. 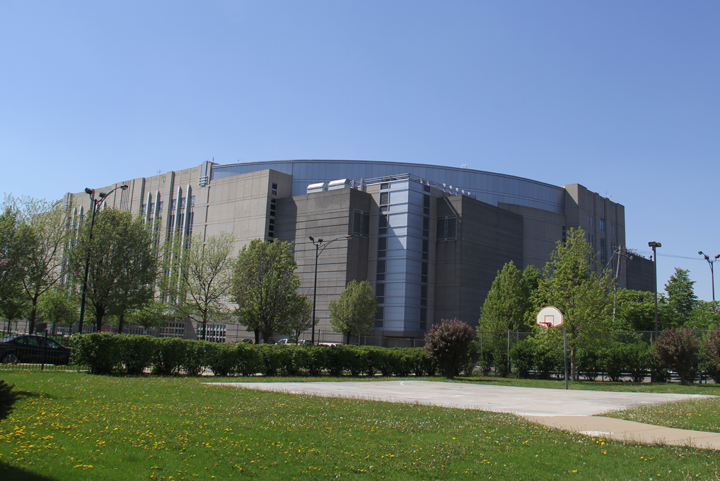 “In my house where it’s quiet and peaceful, this is where I eat and I enjoy and I sleep. I do all my good stuff in my house. I do all my business outside,” Palmer said. “Once I’ve done all that business, meeting after meeting and place after place, I want to get home, get me a good meal, get me a shower, maybe do some work and go to bed and get up and start it all over again.”

Palmer knows there are differences between her living experience and others’, whether they live next door, in other CHA housing across the city or even in the Loop’s Trump Tower.

But these differences are in the details — the view from the bedroom window, traffic during Blackhawks games or the distance she has to travel to the grocery store.

On the whole, Palmer says, she wants the same thing in her life that anyone else wants.

"I live in public housing and those who live in a condo, they live the same exact way,” Palmer said. “There's no difference in the way that they live and I live. People tend to think that we live different than others.”

The location of her home is ideal for Palmer. But Palmer has a car just like many — but not most — of her neighbors. That makes it easier for her to go to the grocery store or get downtown for work as CHA’s liaison with the Central Advisory Council, the voice for public housing residents around the city.

“I’m close to downtown,” Palmer said. “I can actually reach out and touch downtown from here.”

Palmer knows that’s not true of residents of the city’s other public housing developments, which can be isolated not only from downtown, but from fundamental services like grocery stores and public transportation. 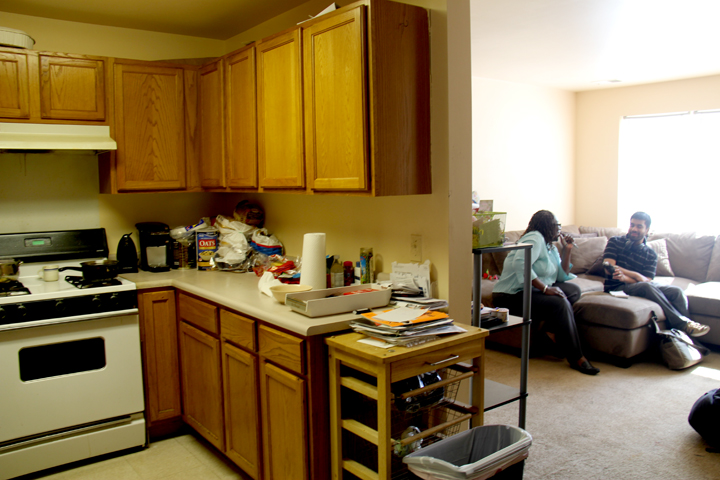 "We have a food desert here. We have grocery stores, but we need to catch a bus to get to them," Palmer said.

For Palmer’s neighbors who don’t have easy access to cars, the location to the CTA’s #20 Madison and #50 Damen bus routes helps reach grocery stores like Jewel-Osco, Mariano’s or Dominick’s. A Pete’s Fresh Market being built on Madison Street and Western Avenue will be a 20-minute walk away.

Women helm 85 percent of those households, in the Horner/Westhaven Park CHA site Palmer lives at, according to CHA data. CHA says slightly less than two-thirds of all adults less than 54 years old and non-disabled heads of household are employed.

The median yearly income of households in the area hovers slightly over $12,100, which is on par with CHA housing as a whole.

For comparison, the median household in the census tract that includes Trump Tower is about $89,350, according to the latest data from the U.S. Census Bureau.

Palmer says figures about income disparities don’t tell the whole story about her, or her community of public housing residents.

There is crime in the surrounding area, Palmer acknowledges, but outside of noticing a few drugs deals outside her bedroom window, it hasn’t affected her life much since she moved into her current place. 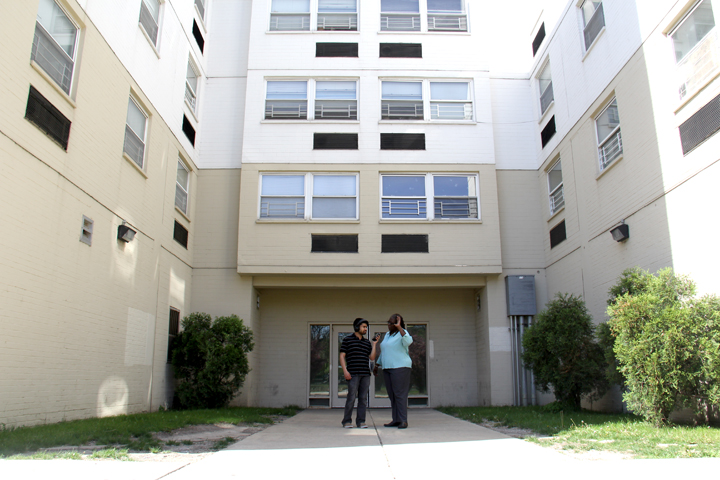 “I wasn’t used to that and they would be making noise out there all night and they even also would be selling drugs out there,” Palmer said. “I was like ‘Whoa, you guys need to move away from there.’ … It’s all about a relationship.”

But that stays outside of the apartment complex, a set of three-story rowhouses and a seven-story apartment building that surrounds a well-manicured courtyard.

The only way in is by passing the security desk, helmed by guards handpicked and well-known to the residents.

But Palmer’s days in CHA housing are hopefully numbered. Her apartment has been lined with packed boxes for the past several months as she awaits closing on a house nearby that she got for a “very good deal.”

That move, she said, will hopefully come at the end of the month.

“For you to go from subsidies to your own, it’s a big thing. It’s a real big thing,” Palmer said.

Tanveer Ali is a freelance producer who has worked for organizations that include WBEZ, the Chicago News Cooperative and DNAinfo.com. Follow him @tanveerali.

To best answer Heather Radke’s question about life on either side of Chicago’s social divide, we need to hear from people of means who live in downtown Chicago. If you would like to know more or have leads for us to consider, please contact Shawn Allee, Curious City’s editor, at 312-948-4723 or write him at sallee@wbez.org.