CHICAGO (AP) — Illinois Gov. Bruce Rauner is launching the first official campaign tour of his re-election bid on Tuesday, as Democrats line up to unseat him in 2018 and the Republican tries to turn around his sagging approval ratings.

Rauner will kick off a two-day, multi-stop swing with a morning event in the Chicago suburb of Bloomingdale, followed by events in northern and western Illinois and an evening rally in Springfield, his campaign said. On Wednesday he'll appear at five restaurants and businesses in southern Illinois, Quincy and Champaign.

The tour comes as Rauner's Democratic rivals have been blasting him as a "failure," noting Illinois' nearly two-year state budget stalemate has led to serious cuts to higher education, social services and other programs.

Billionaire Democrat J.B. Pritzker was the latest to jump in last week, joining a field that already includes businessman Chris Kennedy, state Sen. Daniel Biss and Chicago Alderman Ameya Pawar. Each of those candidates already has been stumping across Illinois.

Rauner's campaign says he wants to take a message directly to voters that he's working hard and is still determined to "deliver real change" for Illinois, such as term limits for lawmakers and a property tax freeze.

He also will criticize Democrats for trying to "duct tape over" Illinois' problems — a central theme of television commercials that an arm of the Republican Governors Association began airing last month. In the ads, a plaid shirt-wearing Rauner stands in what appears to be a workroom stocked with tools and says he's the one trying to fix Illinois.

Democrats have criticized Rauner throughout his first term for focusing more on campaigning than governing, saying it has prevented lawmakers from approving a state budget. He says the roadblock has been House Speaker Michael Madigan and other Democrats. 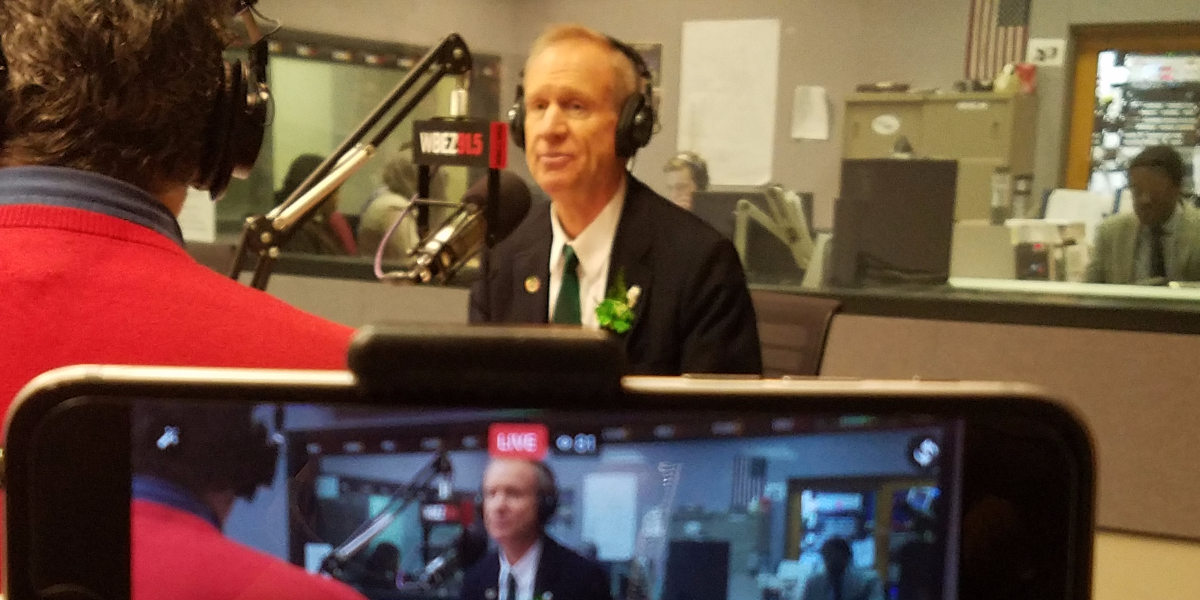 A poll released last month showed the majority of residents disapprove of the job both Rauner and Madigan are doing.

Rauner's disapproval rating almost doubled since just after he took office, according to the poll by the Paul Simon Public Policy Institute at Southern Illinois University. The poll, conducted March 4 to March 11, showed 36 percent somewhat or strongly approved of Rauner's performance, while 58 percent strongly or somewhat disapproved.

The poll had a margin of error of plus or minus 3.1 percentage points.