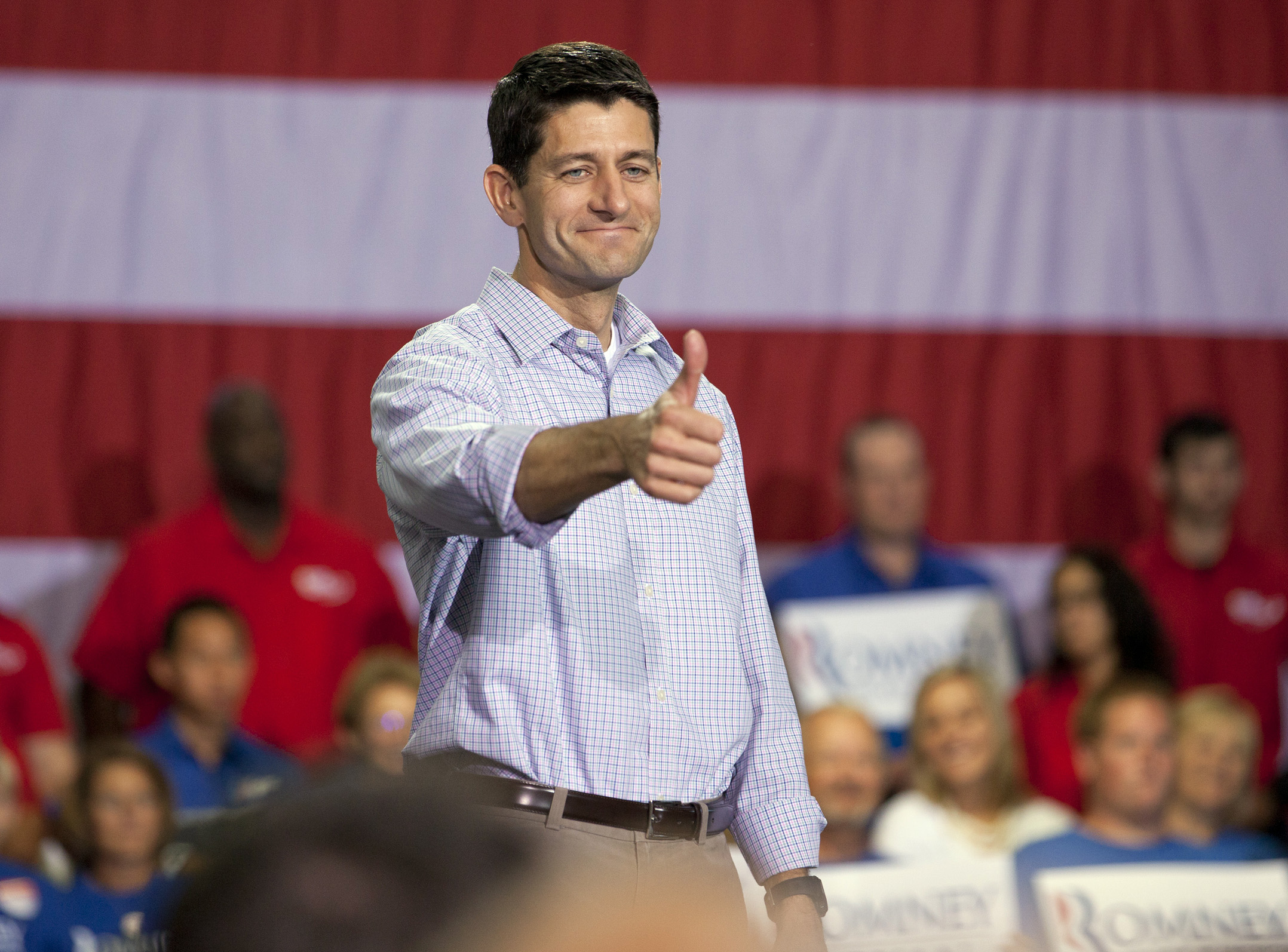 Lead story: The big weekend story was Mitt Romney’s announcement of Wisconsin congressman Paul Ryan as his running mate. According to some pundits, the Ryan VP pick is a smart one, because it will help Romney appeal to younger voters — and because Ryan actually has opinions and stances on stuff. I, for one, am thrilled by the selection. It’s like the GOP trotted out a ticket of Francis and his father from Pee Wee’s Big Adventure, except instead of Pee Wee’s bike they’re trying to steal birth control.

Ryan is also a noteworthy pick because he’s the first candidate from either major party born after January 1, 1970 (January 29, 1970 to be exact), making him the first Gen X candidate for the nation's second highest office. To be fair, he seems like the kind of guy who’d rock out to Toad The Wet Sprocket as opposed to Pearl Jam. Get ready for a lot of "All I Want," press corp.

Also: The new school year kicks off Monday for a third of Chicago Public Schools. The school day is longer now and kids actually have recess. But don’t let the fact that there’s actual school fool you — this whole ordeal is still a mess. Teachers still don’t have a contract with the city and the Chicago Teachers Union is still warning of a strike before the rest of the city schools open after Labor Day. This Saturday August 18 was the earliest date the teachers could strike, but the CTU promised to give CPS a ten-day heads up on any work stoppage. So, for now, the tenuous interim agreement holds.

And then: This morning's rain doesn't change much: The state of Illinois is still facing a severe drought and its lingering impact. Southern Illinois has been hit particularly hard. The drought isn’t limited to just our state, though. Congress is now facing the wrath of farmers across the Midwest over the absence of a farm bill. Those in Congress who have discussed it have used it as a political tool, bickering with opponents rather than work out a compromise (because that is the what our founding fathers intended them to do, Charlie Brown). One other note: The weather is showing signs of an El Nino pattern, which Chicago Weather Wizard Tom Skilling said means another dry and warmer-than-normal winter.

Farewell: The 2012 Summer Olympics. London acquitted itself nicely as a host and there were no shortage of memorable moments: Gabby Douglas’ smile, Oscar Pistorius’ wondrous runs and the Spice Girls. But may we never forget these games’ greatest gift: the “McKayla Maroney is not impressed” face.

Elsewhere: The Miami Dolphins released wide receiver Chad Johnson after he was charged with domestic battery over the weekend … The pope’s butler is on trial for theft … The Apple vs. Samsung lawsuit is getting heated … A random guy whose jet ski broke down was able to swim to JFK Airport in New York City and showed how easily the airport's $100 million security system is to exploit. Wonderful … A lot was made of NBC’s Olympic coverage (mostly bad), which hit a comical low Sunday morning. During the men’s gold medal basketball final the announcers mistook actor Jessie Eisenberg for Facebook creator Mark Zuckerberg, whom Eisenberg played in The Social Network … North America's largest Harry Potter fan convention took place in Chicago this weekend and no one told me? I’m so furious right now ... Illinois's crazy uncle, Tea Party candidate Joe Walsh, launched a television ad campaign Sunday night during the Olympics' closing ceremonies because nothing represents the Olympic spirit quite like racism.

Looking ahead: The story of an off-duty Chicago police officer who shot and killed a man and the circumstances surrounding the altercation continue to unfold … Gov. Quinn’s refusal to allow reporters into prisons is a troubling story that’s not going away … The trial of Illinois resident Christopher Vaughn, charged with the 2007 murders of his wife and three children, begins today … Chicago’s 34 new food truck hopefuls have a lot of bureaucratic hoops to jump through, surprising absolutely no one … It’s Navy Week! The U.S. Navy marks the War of 1812 bicentennial by patrolling the Great Lakes for the first time in 13 years. It all culminates in the annual Air & Water Show this weekend … The Powerball is over $300 million for Wednesday’s drawing.

Sports: Former Northwestern wrestle Jake Herbert, who we profiled last week, performed admirably in the Olympics this weekend, making it all the way to the quarterfinals for his weight class (84kg) before he was knocked out by eventual gold medal-winner Sharif Sharifov of Azerbaijan … Derrick Rose joined Twitter over the weekend, just as Chicago Bulls owner Jerry Reinsdorf indicated he’d be willing to sit Rose for the entire 2012-13 season if needed … While Rose missed out on men’s hoops gold this weekend, the USA women’s hoops team won their fifth straight gold medal with help from Naperville native Candice Parker and Chicago Sky players Sylvia Fowles and Swin Cash … Brian Urlacher said he’s fine, Paul Konerko probably will be eventually … The Cubs are going to test out an obscure roster rule because why the hell not?

Finally: Some guy who I’d really like to be friends with made a boat replica of the Back to the Future DeLorean and took it for a swim in McCovey Bay during a Giants game this weekend. Your move, Chicago Yacht Club. [via Engadget]