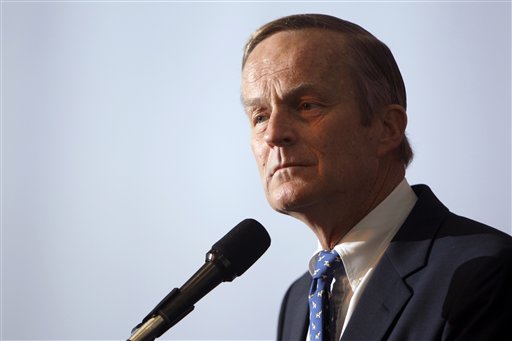 Lead story: In case you didn’t hear, or if you did and needed to have a rage stroke again, Rep. Todd Akin, the GOP candidate for Senate in Missouri, implied that most women who are victims of “legitimate rape” don’t get pregnant.

Setting aside for the moment Akin’s use of the phrase “legitimate rape,” let’s look at what he said and why he’s wrong. In an interview KTVI-TV, Akin, who is a 60-plus-year-old white man and reportedly has never been raped, pregnant, or even has a uterus, said, “First of all, from what I understand from doctors [pregnancy from rape] is really rare. If it’s a legitimate rape, the female body has ways to try to shut that whole thing down.” Just like his colleague Arizona Senator Jon Kyl, Akin fudged with numbers to misrepresent science and facts to further his agenda.

As Talking Points Memo points out, a 1996 study revealed about five percent of rapes resulted in pregnancy. That is a small percent, but that doesn’t take into account other scientific things like rapist’s completion of the sexual act, the victim’s use of birth control, the victim’s fertility or ability to get pregnant, and a myriad of other factors. At least when Kyl lied he used numbers, no matter how made up they were; Akin just pulled this assertion out of thin air and doesn’t even pretend to back it up with “sources.”

The point is, it does happen and, more importantly, women don’t really have a choice in the matter.

Which brings us back to Akin’s notion of “legitimate rape.” Him being a Republican, Akin was using this moment of diarrhea of the mouth as a means to say no one should have abortions ever. And he did it the old-fashioned way by undermining rape victims with his use of “legitimate rape” and implying if a woman gets pregnant because of rape, well, it’s not really rape and it’s her fault anyway.

Apparently, Akin thinks women possess a magical ability to point a wand at their womb and go, “Expelliarmus!” (Not surprisingly, Akin was a co-sponsor of the GOP House bill that wanted to redefine rape as a means to limit abortion funding.) It’s one thing to fudge numbers to support your cause but it’s another thing altogether to be an old white guy trying to tell women what they can and can’t do with their bodies and in the process make Insane Clown Posse look like Nobel laureates. And the kicker? He’s leading in the polls. Good night, America, it’s been swell.

Also: It was another violent weekend in Chicago as at least 36 people were shot across the city over the weekend, killing at least six people. The violent weekend followed a public debate in which Gawker shed a national light on the city’s shootings. Not that everyone agreed with their perspective. Chicago Magazine’s Whet Moser, one of the sharpest journalists in the city, picked the Gawker story apart and then revisited the oft-cited notion that Chicago is more violent than Kabul. (For what it’s worth, Mother Jones also tackled this “fact.”) And Moser closed the week with this look at the way the CPD is now trying to tackle violence by refusing I-bonds for gang members.

And then: Sad news from Lombard where Bill Mueller, village president since 1993, died over the weekend from complications stemming from the West Nile virus. Mueller was also suffering from blood cancer that weakened his immune system and made him susceptible to such diseases. He’s the second mayor in DuPage county to die this year following the April death of West Chicago’s Mike Kwasman.

RIP: Singer and songwriter Scott McKenzie who sung the popular 60’s hippie anthem, “San Francisco (Be Sure To Wear Flowers In Your Hair)” and, over 20 years later, co-wrote the Beach Boys hit “Kokomo.”

Elsewhere: Romney advisers confirmed the presumed GOP presidential candidate’s campaign is adopting a “Just Trust Me” tagline because they couldn’t think of anything else that’s both so perfectly ridiculous and condescending

The Tampa Police are ensuring no one is going to have any fun at the RNC because if the GOP parties when it's overseas, goodness knows what Florida will do to them.

I am originally from Alabama and the story of a man fighting authorities over the right to bury his dead wife in his front yard in no way surprises me.

A good reason to not leave the keys in your fire truck.

Members of Russian punk band Pussy Riot recorded a new single in response to the two-year sentence handed down to three of its members last week.

Sports: There were some hiccups on Saturday but holy moly did the Bears’ offense look sharp on the first few drives in their victory over the Redskins … Chris Volstad, now 24 games without a win but at least the Cubs have re-upped Starlin Castro … Kobe Bryant went to China … The hottest sports team in Chicago is the Fire who have won three straight matches … The White Sox were swept by the Royals over the weekend but thanks to two straight Tigers losses, they remain 1.5 games up on Detroit.

Finally: Olympic withdrawal still got you down? Enjoy the below video full of 8-bit fun (and check out more here). [via Have You Seen This?]