On this June 1st in 1960, the City of Chicago decided that the Garrick Theater Building could be torn down. Another obsolete remnant of the past was being replaced with something more modern and more functional, in this case a parking garage.

Not quite. The Garrick was an official city landmark. 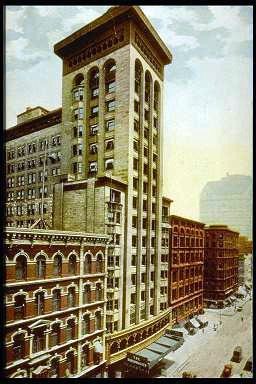 Located at 64 West Randolph Street, the Garrick was a 17-story office tower with a 1,300-seat theater. Built in 1892, it had originally been known as the Schiller Building. Architecture scholars considered the complex one of the finest works of Adler & Sullivan.

By 1960 the Garrick was owned by the Balaban & Katz movie theater chain. That February the city's new commission on architectural landmarks designated the Garrick as one of 38 structures of "architectural importance." To much of the general public, who knew the Garrick as only a run-down Loop movie house, the announcement came as a revelation. So did the events that followed.

Two months after the landmark designation, Balaban & Katz cleared the office tower of tenants. In May came the news that the building would be demolished. Now, in June, the city’s commission on architectural landmarks declared that the Garrick might be a dandy building, but wasn't worth saving.

“The office building has proved to be uneconomical for the owners to operate for some years,” the commission said. “The design of the theater is such that it is virtually impossible to adapt it to the present wide-screen requirements of a motion picture house.” The wreckers could get on with their work.

Preservationists were outraged. What good was landmark status if a building could be torn down so easily? Mayor Richard J. Daley came out in favor of saving the Garrick. He appointed a commission to study the matter. Meanwhile, the city refused to issue a wrecking permit. 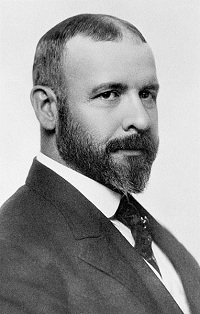 The owners went to court. Demonstrators marched with “Save the Garrick” signs. Aldermen toured the shuttered building, and discussed whether the city could use it. A few people declared that the Garrick was a “useless relic,” and that the property owners should be free to dispose of it.

In November the appellate court ruled that the city had acted illegally in denying a wrecking permit. The issue was decided. Demolition began on January 16, 1961.

Part of the Garrick facade was saved. Featuring portraits of German writers, it was incorporated into the Second City Theatre Building. And as a result of the Garrick battle, Chicago’s landmark preservation ordinance has been strengthened.