At the stroke of 3 p.m. on March 30, thousands of Chicago eighth graders learned whether they had landed a seat at one of the city’s elite test-in public high schools. More than 70 percent of the 16,500 applicants walked away disappointed.

But they could get a second chance. A controversial process that gives broad leeway to principals to admit a small number of extra students began this week.

And if past is prologue, this “principal discretion” process primarily will benefit students from Chicago’s most affluent areas, according to data obtained by WBEZ.

Last year, two-thirds of all principal discretion seats at the city’s selective enrollment schools went to students from the city’s wealthiest neighborhoods while less than four percent went to students from the poorest areas, Chicago Public Schools data shows. Principals at the 11 test-in schools can admit 5 percent of their coveted freshmen seats through this process. That was 164 seats last year.

The disparity was most pronounced in four of the five most sought-after schools. At Lane, Northside, Payton, and Jones high schools last year, between 87 and 100 percent of the students admitted through principal discretion lived in the highest income areas. None came from the lowest income areas.

Principals and counselors said the principal discretion process skews in favor of children from higher-income families. Their parents are more aware of — and have the resources to take advantage of — the process.

Meanwhile, staff at elementary schools serving low-income students said few students even apply. Sometimes they don’t know much about the process, or are too overwhelmed with other tasks to take on an application that includes a personal statement and suggested recommendation letters.

The majority of students win seats by convincing principals they could bring a “unique skill” to the school, CPS data shows. Wealthier students are more likely to be able to point to accomplishments that display their special skills, such as participating on an expensive travel sports team.

“You wonder if this part of the system really [is] fair for everyone” said Matt Katz, principal at Acero Charter-Tamayo, a Southwest Side school where most students come from low-income families.

And the extra seats secured by upper-income students through principal discretion exacerbates an existing disparity at these schools, especially at the elite top five schools.

Already, wealthier students land a disproportionate number of seats through the regular selective enrollment admissions process. At the five most competitive schools last year, students from the richest areas got 40 percent of the 2,475 freshmen spots compared with 18 percent from the lowest income areas, despite a process in place designed to try to ensure diversity at the test-in schools.

In that regular admissions process, the socioeconomics of a student’s neighborhood is factored in. Roughly the top 30 percent of seats are awarded based on performance only, and wealthier students who tend to score better on standardized tests are more likely to get those seats. Two-thirds of a student’s score is based on standardized test results, which studies show are highly correlated with income. About 70 percent of the remaining  seats are evenly distributed between four socioeconomic tiers based on the neighborhood where a student lives.

Principals at selective enrollment high schools and the head of the school system defend the principal discretion process, even when confronted with the socioeconomic disparity. They highlighted that just 5 percent of the seats are awarded this way. Ten of the 11 selective enrollment schools participated last year, with only South Shore International High School opting out.

“I think that the process works,” said CPS Chief Executive Officer Janice Jackson. “Principals have been following the rules and we have plenty of systems and protocols in place to make sure that principals are using their discretion in an appropriate manner.”

Principals don’t get the socioeconomic background of student applicants now, and Jackson said asking principals to consider it would make “an already complex process more complex.” She also noteed that the regular selective enrollment admission process reserves 17.5 percent of seats for students from the lowest income areas. 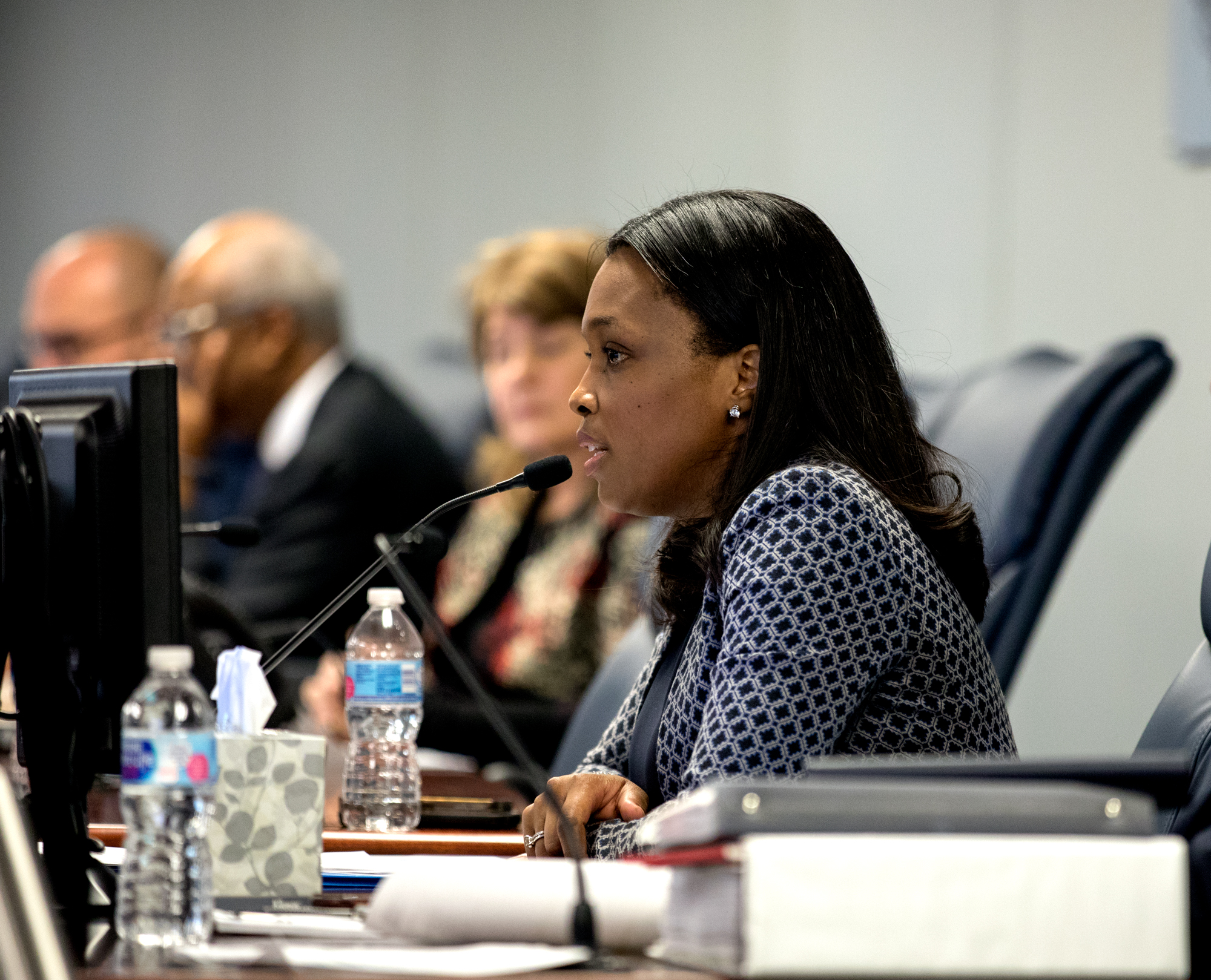 Principal discretion first came under fire about a decade ago after the revelation that some spots were given to kids on a clout list generated by the mayor’s office.

The process is now more standardized. As part of the application process, students must argue they meet one of four criteria: a demonstrated ability to overcome hardship, extenuating circumstances that explain a student’s performance, activities demonstrating social responsibility, or evidence of a unique skill.

But principals still have a lot of flexibility to decide which students to admit.

And many consider the outcome disturbing. These seats are highly sought after, so each and every every one is golden, said Alden Loury, policy analyst for the Metropolitan Planning Council.

“For those Tier 4 students (students from the wealthiest area), the tumble is not going to be as far,” he said.

But selective enrollment principals defend the small program, saying it allows them to bring in students that add value to their schools.

Joyce Kenner, the long-serving principal of Whitney Young High School, said getting students with special talents helps her create a well-rounded school. Last year, some 52 percent of her principal discretion seats went to students from the wealthiest areas.

Kenner also said she uses principal discretion to bring in black male students. Black male students are currently 8 percent of Young’s student body, down from 12 percent a decade ago. The number of black students at the top five test-in schools, including Whitney Young, has been dropping ever since a federal judge ruled in 2009 that race could no longer be used as a factor in admission.

Though principals don’t get socioeconomic information about students applying through principal discretion, they do know their race. In fact, this is the only place where race can be used as a factor in admissions.

Kenner has long defended principal discretion, even as it thrust her into a scandal. In 2011, CPS’ inspector general suggested that she be stripped of the privilege because she let two basketball players in even though they hadn’t gone through the official principal discretion process.

Jones College Prep principal P. Joseph Powers said he uses principal discretion for students that just missed getting in and have worked hard building a skill. He said they deserve a second chance.

“It is more what we can do for the kids rather than what the kids can do for us,” he said.

Nate Pietrini, who spent five years as principal of Hawthorne Scholastic Academy, said he and his staff would be asked every year to write recommendations for as many as 20 students. Hawthorne is a magnet school in the affluent Lakeview neighborhood. 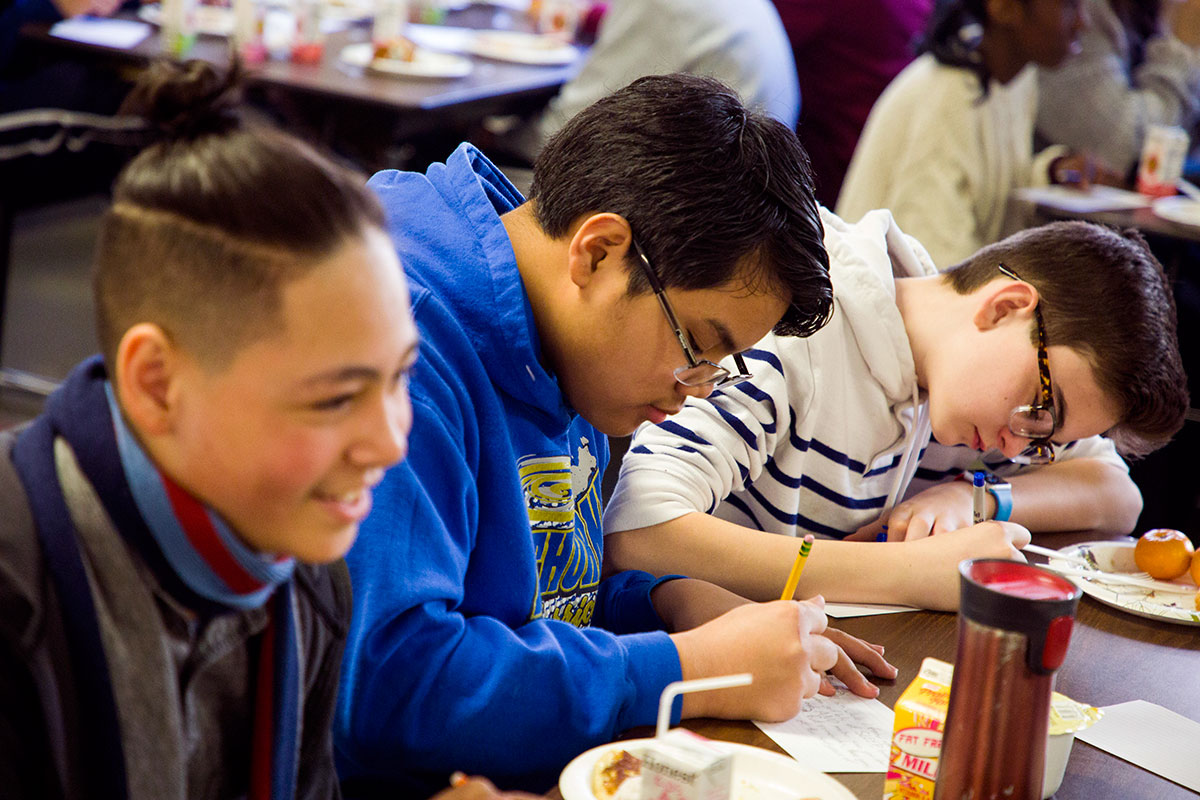 “One of the most heartbreaking things for me as principal was when I believed deeply in what a child was capable of and wanted them to feel special and rewarded for everything that they have done and they didn’t get in,” he said.

Pietrini is now the executive director of High Jump, a group that offers enrichment for bright low-income students and helps them navigate the high school admissions process. Like many other kids from low-income families, he said few High Jump students even apply for principal discretion.