Farryn Giles and her 6-year-old son Isaiah have been living in a crumbling apartment building with her ex-husband, who’s letting her stay for a couple months. Pigeons have infested the walls of the courtyard. Before she lived here, she was sleeping on and off in her car.

But Giles, 26, says she recently felt like she hit the jackpot. She was awarded a Section 8 Housing Choice Voucher, which will pay the difference between her rent and what she can afford.

But there’s a catch: She has to find a landlord willing to take it before it expires in 90 days. Nationally, most voucher holders are able to use them, but in hot rental markets like Dallas, it’s not always easy.

“It took me six years to get my voucher but I got it,” she says. “You can best believe I’m going to utilize it.”

Why The CHA Failed To Meet Its Mixed-Income Ambitions

This story is part of an investigation produced in partnership with the PBS series Frontline
WATCH: Poverty, Politics and Profit
From NPR: Affordable Housing Program Costs More, Shelters Fewer
From Frontline: A Housing Affordability Crisis That’s Worse for the Lowest Income Americans

More than 2 million families now use vouchers to keep from becoming homeless. It’s the government’s largest program to help low-income families pay their rent. Usually, the tenant pays up to 30 percent of their income in rent and a local public housing agency makes up the difference.

But Congress had bigger plans when it created the nearly $20 billion program in the 1970s. The voucher was designed to be a ticket out of poverty– allowing families to use it wherever they want. With a portable voucher, families can move to places with jobs, good schools and low crime.

So far, however, the program has not always lived up to that promise, especially when it comes to women with children. Among voucher holders, a 2016 government study found fewer than 13 percent of female-headed households with children were able to move to areas with higher opportunity. 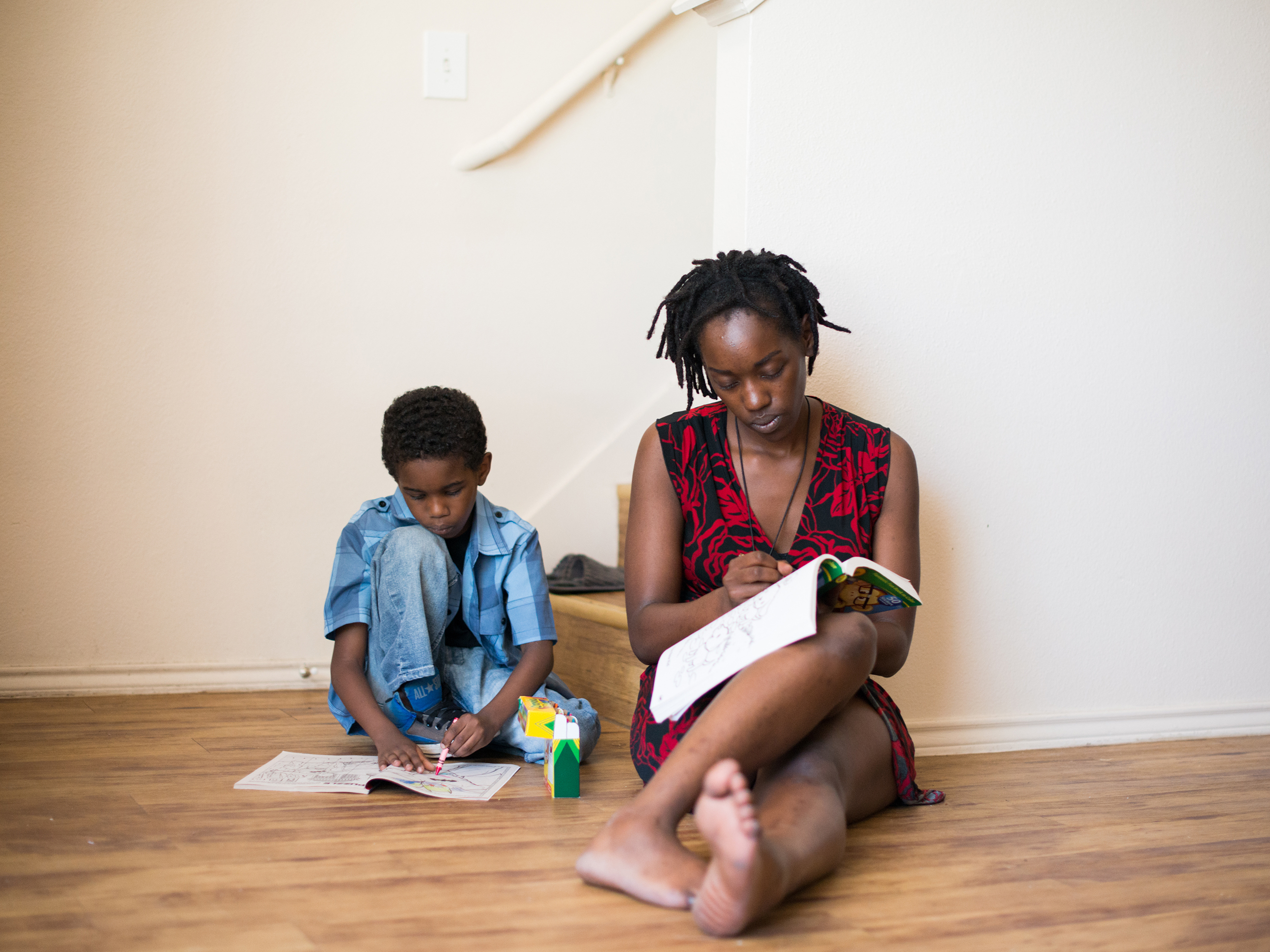 Giles is trying to beat those odds. She found a new online customer service job paying $11.50 an hour. It’s a big break for her. But it’s an hour and a half bus ride away. She says she hoped the voucher would help her and her son find a place near the job in one of Dallas’ northern and wealthier suburbs.

“Hello, goals, ambition,” she says, excited about the idea of finding a quiet place to raise her son.

C’Artis Harris, 34, another voucher holder searching for a place in Dallas, also sees her voucher as a chance to make a new life. 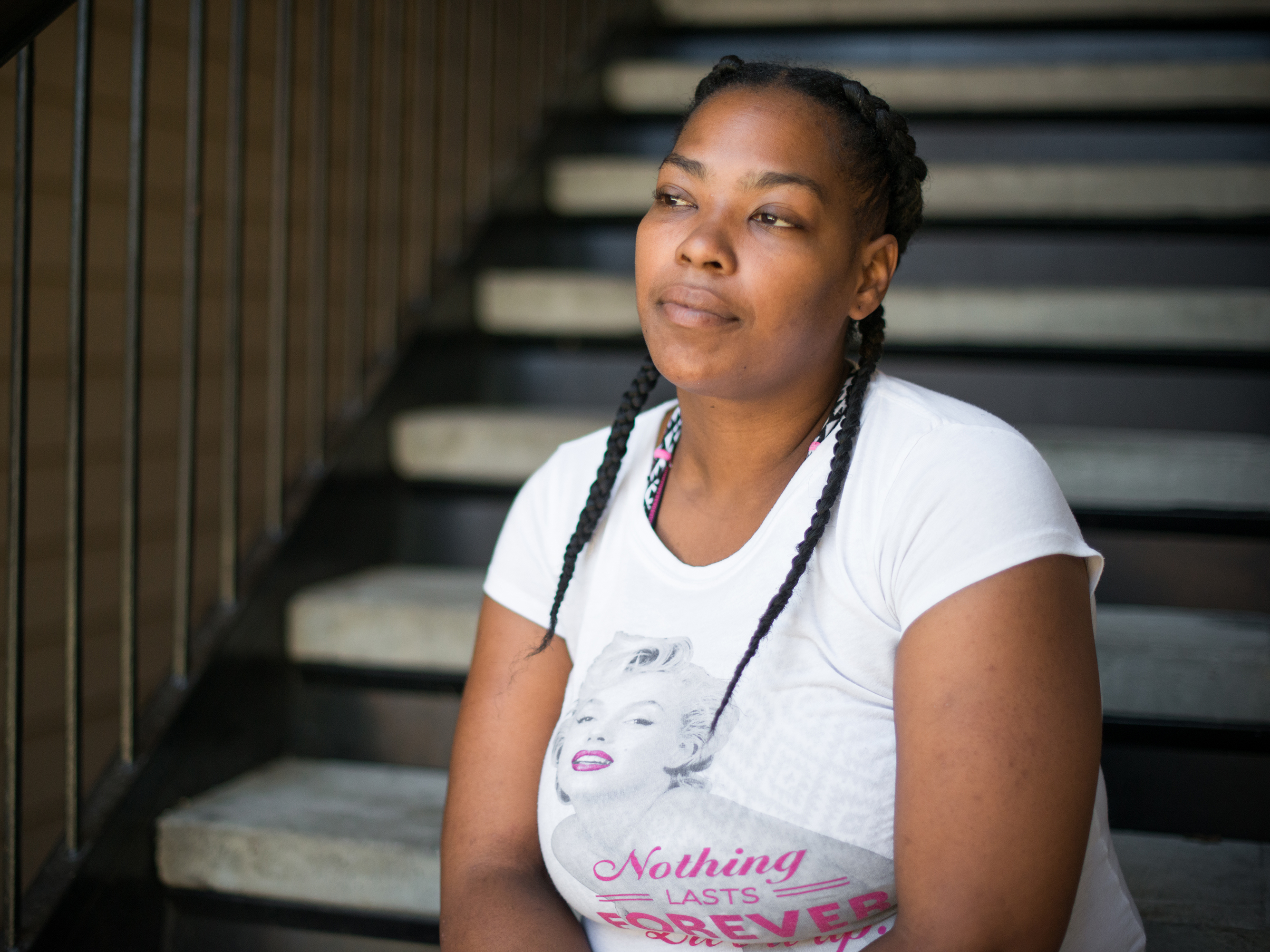 A few months into her search, Giles had called hundreds of apartment complexes, many of them near her new job in the northern suburbs.

Giles and Harris are not alone in their struggle. In Dallas, about 60 percent of people who get vouchers are unable to use them, according to MaryAnn Russ, the former CEO of the Dallas Housing Authority. While Dallas’ rate is worse than most, the challenge is similar in other cities where rents are high and the market is tight: Sometimes vouchers don’t cover the rent or landlords prefer tenants without them. 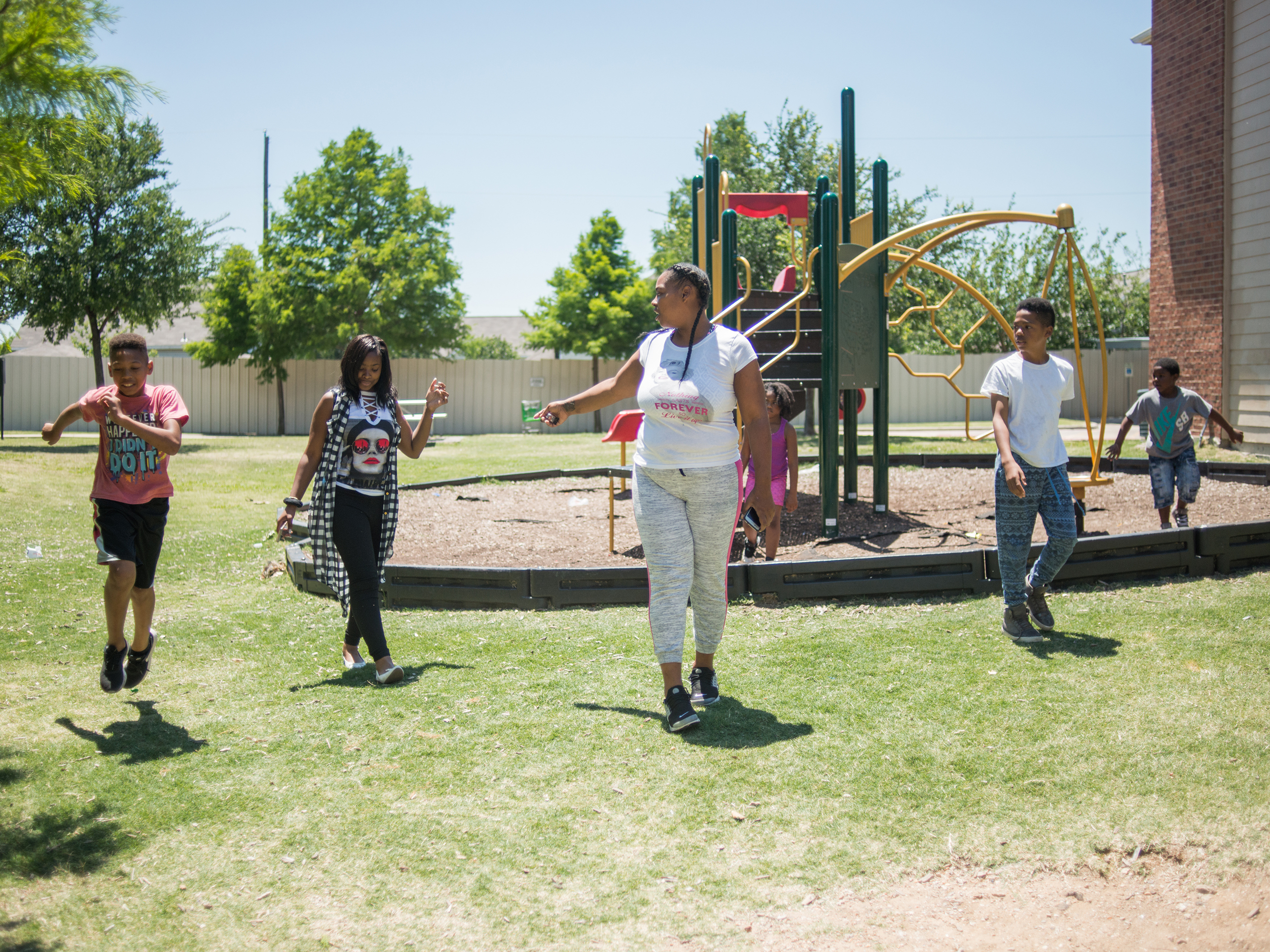 “The city actually called a public hearing for our property and about 250 angry residents showed up,” she says. “Our superintendent has been threatened, issued a criminal trespass warning. Police officers blocked our entrance.”

Anderson says she believes she knows why: “It’s a concerted effort to shut down development of a property they do not want in their neighborhood.”

Frisco city officials say they support affordable housing and her project. They also say Anderson has not followed the city’s building requirements. The U.S. Department of Housing and Urban Development is now investigating whether McKinney and Frisco violated the federal fair housing law.

Nicole Humphrey, who lives a couple miles away from Anderson’s development, says she’s opposed to the project. 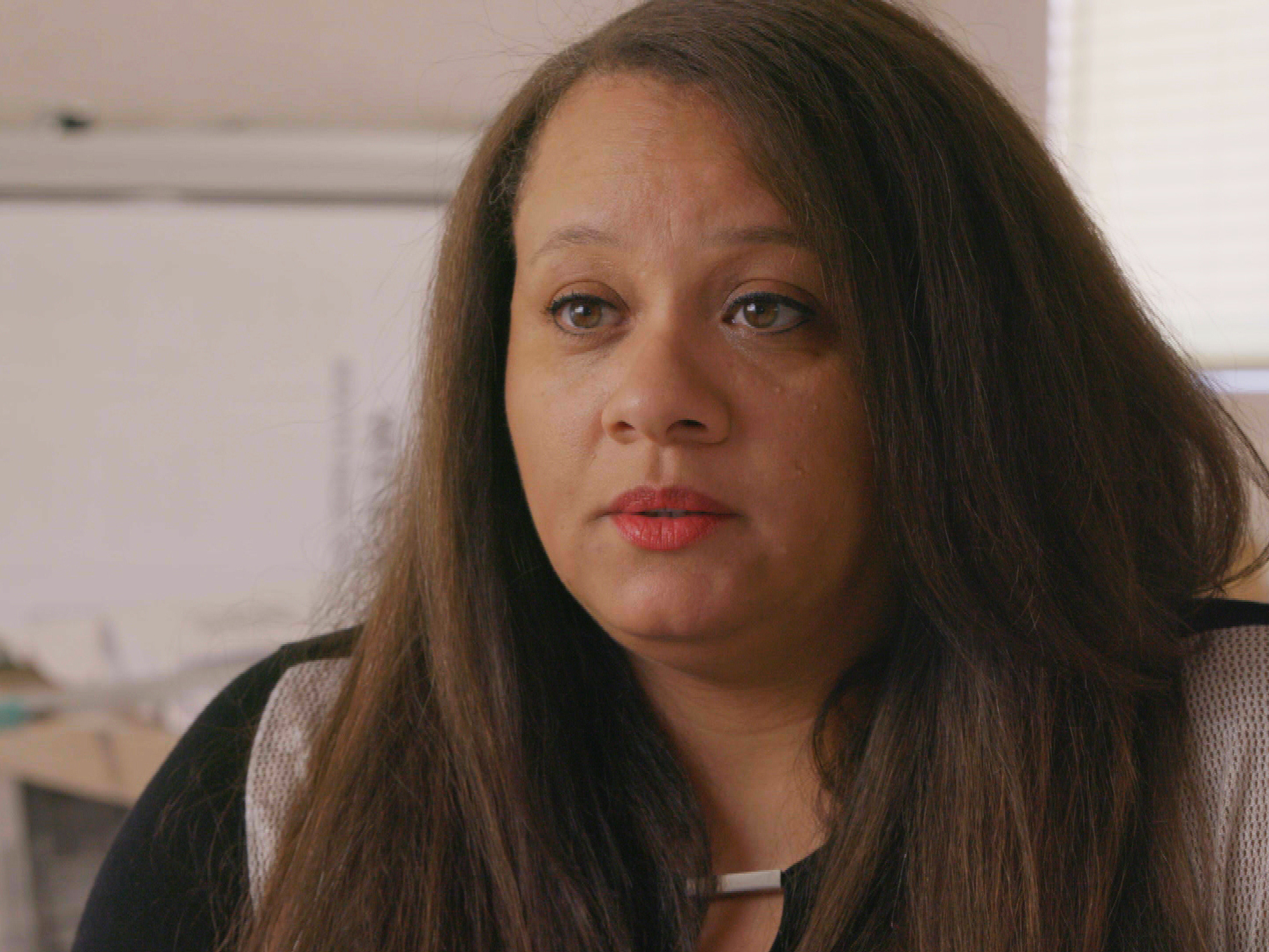 She and other neighbors have said they worry about traffic and school overcrowding. But Humphrey says she has other concerns.

“In this neighborhood, most of us are stay-at-home moms with young kids,” she says. “The lifestyle that goes with Section 8 is usually working, single moms or people who are struggling to keep their heads above water.”

“I feel so bad saying that,” she adds. “It’s just not people who are the same class as us.”

When asked if others who did not have the same opportunities as her could live in her neighborhood, she says: “The problem with that is I hear a lot of the unfair of: ‘Oh we haven’t been given this or that, or we haven’t been afforded things you have been afforded.’ I don’t look at multi-millionaires and think, ‘Why don’t I have a yacht?‘”

Humphrey says the issue for her is not about race. She says her neighborhood – with rows of tidy new houses and with well-cut lawns — is diverse. The real concern, she says, is that the voucher holders won’t fit in or they won’t understand her life. 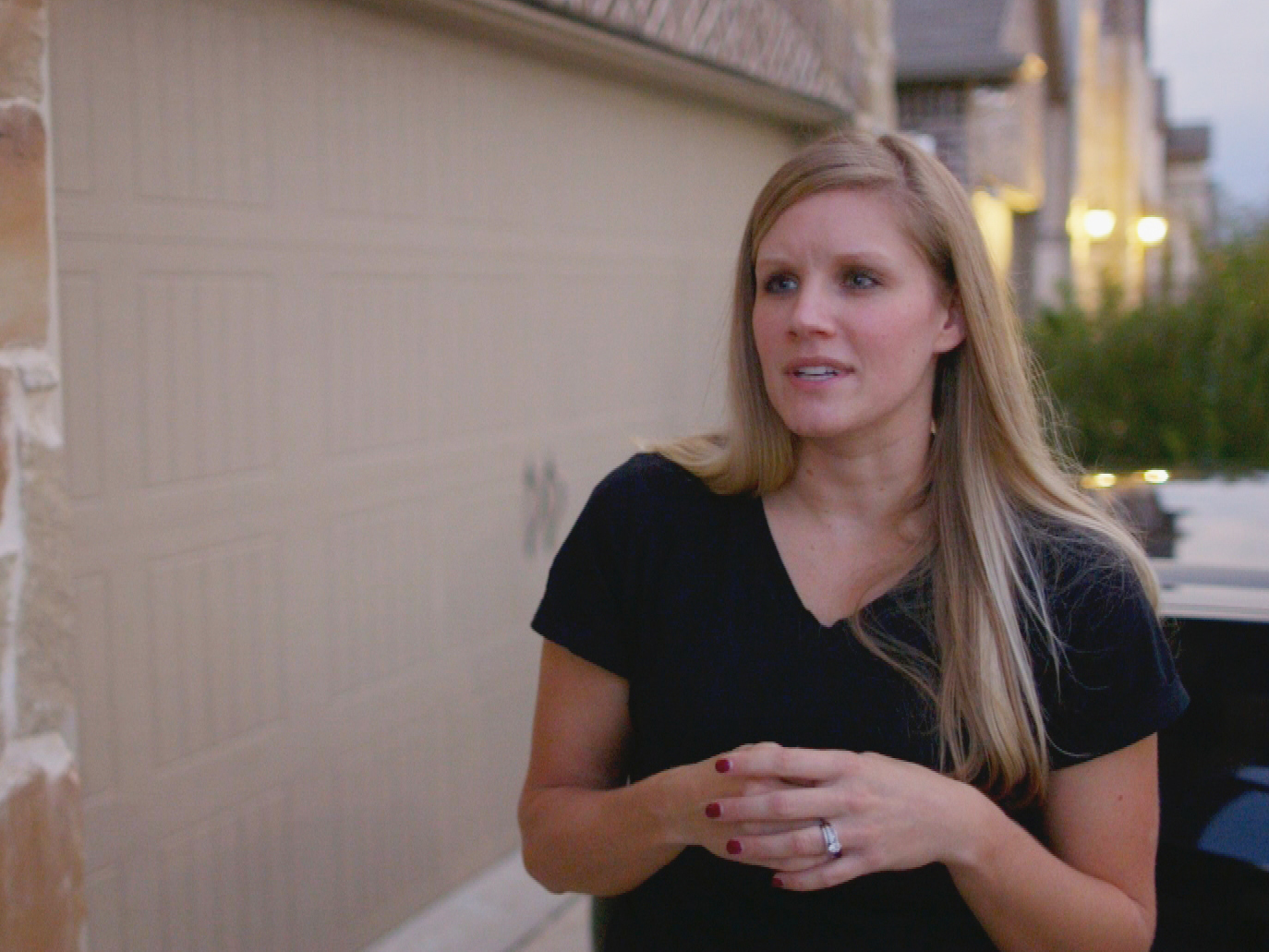 “People see that I’m upper middle class, that I’m a woman who stays at home, who is kept by her husband, and instantly there’s no clout. My opinion doesn’t matter,” she says. “They look at me and think, ‘She has never experienced a problem we’re having.‘”

Humphrey acknowledges that as much as she fears voucher holders will stereotype her, she says she knows she is also stereotyping them.

“I don’t know that we will ever come to a solution as a culture in America in general,” she says. “There’s always going to be someone with less, because the fair world doesn’t exist and where does that line lie?”

Giles knows exactly where the line lies. It’s between north and south Dallas.

Sitting on a bench on a 15-minute break from her customer service job, Giles says she thinks she knows how some people up north see her. 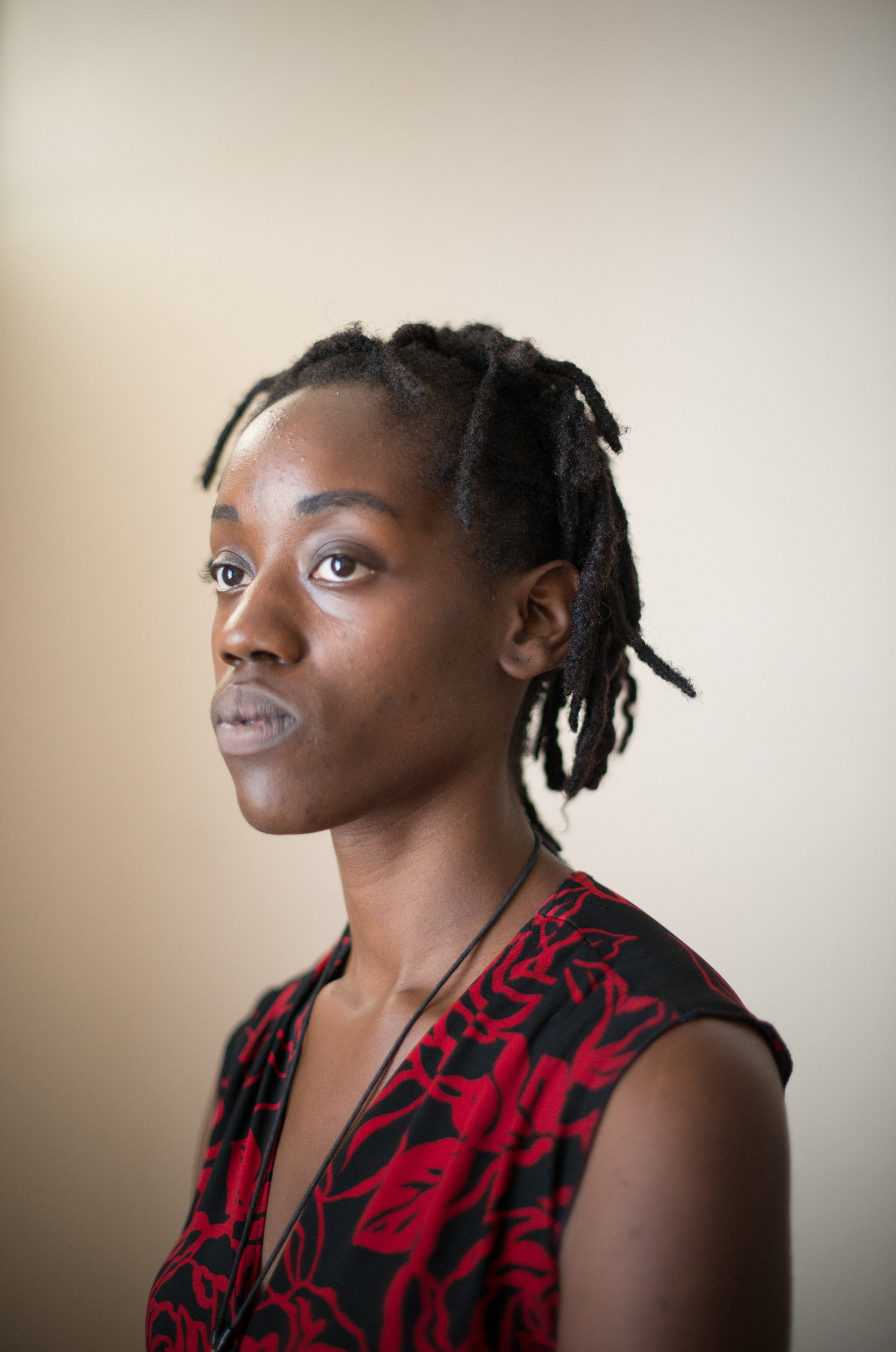 “I think that they think we are lazy, and worthless and getting over,” she says. “Even though we’re financially less capable, we still love our children the same. We still work just as hard, if not harder.”

Giles says after three months of trying, she was unable to get anyone to take her voucher. She turned it back in and recently moved with her son out of the apartment where she was staying with her ex-husband and into a public housing complex in Dallas. She has since left her job in the northern suburb.

“Section 8 is not any type of simplification for our lives,” she says, crying. “It’s not easier. Society hasn’t really grown the way people think that it has. And that’s how I feel about that. It can’t all have a happy ending I suppose.” 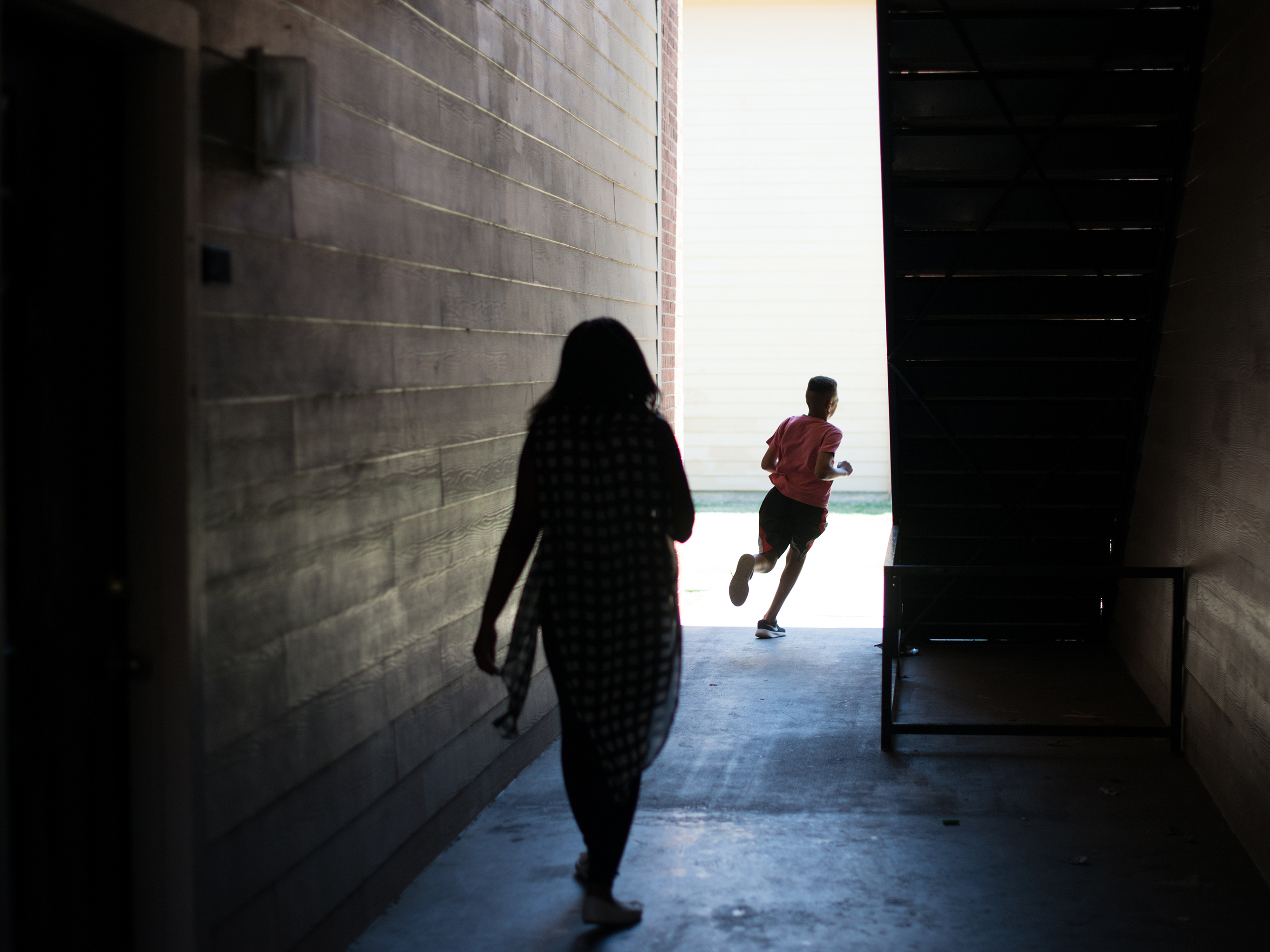 Harris, who is still looking for a place to use her voucher, has been staying with a friend.