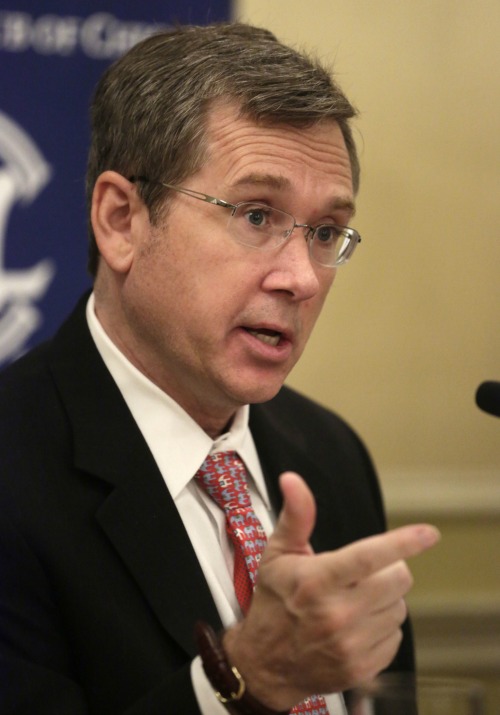 Illinois Republican U.S. Sen. Mark Kirk is taking heat for refusing a Capitol Hill meeting space to a socially conservative group his office suggests has a “hateful agenda” against homosexuals.

Kirk, who has been an outspoken supporter of gay marriage, abruptly cancelled the group’s reservation just a day before its Friday event. The Rockford-based Howard Center for Family, Religion and Society contacted Kirk’s office last month to set up the symposium on what it calls international “natural family” issues, said the group’s vice president, Larry Jacobs.

That includes a controversial Russian law, criticized as being anti-gay, that makes it a crime to distribute “propaganda of nontraditional sexual relations” to children.

“We specifically are there to invite debate,” Jacobs said, adding that asking a lawmaker to reserve a congressional meeting space is routine and doesn’t imply an endorsement of the group using it. “It’s really, I think, a sad day for freedom of speech, as well as just the process of government when you can’t discuss important issues.”

The group was able to host its event after finally booking a meeting room Thursday night through the office of Republican House Speaker John Boehner, Jacobs said.

“Senator Kirk will not host groups that advance a hateful agenda,” Trover said in an emailed statement.

The Howard Center believes that marriage between a man and a woman “forms the sole moral context for natural sexual union,” according to its website. It also says homosexuality will “lead to obsession, remorse, alienation, and disease.”

The group does not support violence against gays and lesbians, Jacobs said.