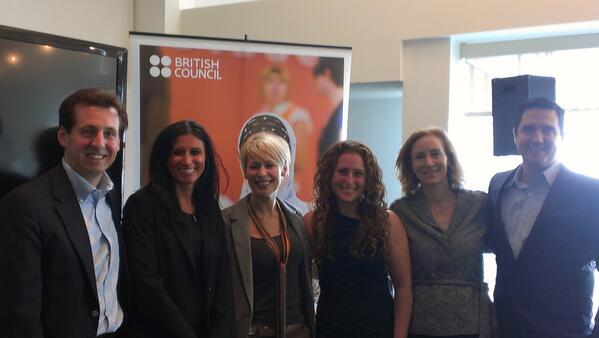 The Chicago Shakespeare Theater's upcoming production of Roadkill promises to be an experience unlike any other. The website warns that the play will take place “off-site.” Theatregoers will board a bus with the actors to a run-down apartment, where the rest of the story takes place.

Director Cora Bissett wanted Roadkill to be immersive, as a way into the world of sex trafficking. Roadkill follows Mary, a girl from a poor family in Nigeria; as she searches for education in Chicago and the dream that America offers.

“She has no idea what she’s about to encounter," Bassett said. "In her case, desperation overruns knowledge. If people have no options and the chance that it might work out, they take an enormous gamble.”

Promised wealth by her caretaker, Mary becomes a victim of human trafficking, where women are used as captive prostitutes. She is told by her trafficker that if she runs away, no money will be sent back to her family. He tells Mary that she can’t go to the police. They will only abuse her and rape her.

“She can’t open a door to run because of the psychological bondage she’s under," Bassett said.

In bringing Roadkill to the Shakespeare Theater, Bassett highlights an international issue affecting women, but there’s another reason she set the play in Chicago. According to Rachel Durchslag, co-founder of the Chicago Alliance Against Sexual Exploitation, our city continues to be a “top destination for traffickers to bring their victims.”

Although the numbers vary, statistics from UIC’s Jane Addams Center estimate that “hundreds” of women and girls “are trafficked and held captive as sex slaves in Chicago.” The FBI rates Chicago as one of 15 domestic cities that are at risk for “High Intensity Child Prostitution.” Local Defense Attorney Sara Dill said that these numbers remind us “the problem is right in our backyard.”

Last Thursday, Dill hosted a panel with Durchslag at the Chicago Shakespeare Theater on ending sex trafficking. Also sitting in were CNN’s Leif Coorlim, Veronica Zeitlin of USAID and Ruth Lewa of Solidarity with Women in Distress in Kenya.

Teleconferencing in, Lewa told the audience that as a child growing up in Nairobi, she wasn’t allowed to go to the beach even though she could see the sand from her window. Only as an adult would she understand the high risk for child kidnapping in Kenya, where children can be sold for sex for as little as $1.50.

“That’s less than the price of a latte,” Dill stressed.

Often parents sell their children into sex trafficking. For as little as $100, Gill said you can buy a girl in Cambodia. According to Gill, the life expectancy after being sold into slavery is less than eight years. After they are no longer of use, the organs of sex captives are harvested and sold on the black market.

For Lewa, this highlights the underlying economic issue of human trafficking, where sex workers are particularly at risk.

According to Coorlim, human rights workers aren’t out to “find bad guys.” Coorlim brought up chocolate factories where children are sold as forced labor to the cocoa farmers who produce chocolate for multinational corporations.

“Many of these farmers are barely above subsistence level themselves,” Coorlim said. “They’re on the bottom of the supply chain. They get so little money that they have to find ways to cut corners.”

To make change on the issue of human trafficking, we have to change the supply chain.

Coorlim discussed social media campaigns working to raise awareness on the issue and hold companies responsible for their production practices. A new phone app allows consumers to map their Slavery Footprint and see how many slaves work for them, based on what they buy.

“If customers boycotted Coke or Nestle, they would switch like that,” Coorlim said. “Nothing talks like money. It’s a matter of people standing up."

Durchslag agreed that the same is true for sex trafficking.

“It’s a demand-driven issue,” Durchslag said, “and it’s essential that we do demand reduction work.”

Durchslag told the audience that when she was a grad student, she could find studies on prostitution but almost nothing on people who buy sex.

Durchslag said discourse on prostitution emblematic of a culture that is “not focused on prevention. We teach women not to get raped, not boys not to rape. We don’t teach about consent.”

She stressed that it’s important we look at both sides of the issue.

Zeitlin argued that we need a “global, coordinated movement to end sex trafficking,” one that recognizes that many women “get into sex work by choice.”

Dill asked, “Why are we only arresting the prostitutes?” and highlighted that in Sweden, sex trafficking plummeted after the country decriminalized prostitution.

Lewa said that she and other organizers are working with countries across the globe to enact policies and making sex trafficking an issue with tourism officials who often turn a blind eye. Coorlim said that a public “fishbowl brothel” operates in the Paris Hotel from 9 p.m. to 2 a.m. When you go, colored buttons identify the women by country: Red for Vietnam and Blue for Cambodia.

Despite the high risk for trafficking, the Hotel operates without much investigation or regulation. You can even find the hotel’s brothel on Trip Advisor. Why is this allowed? Sex trafficking is a $9.5 billion industry worldwide. There’s money to be made.

Coorlim said that many of the Philippines’ high end restaurants act as hotspots for sex trafficking, although guards keep it on the down low.

“They don’t care about prostitution," Coorlim said. "They just don’t want people to see it.”

Coorlim says this issue doesn’t get the attention it needs because of the economic incentive for allowance and the common lack of empathy toward sex workers, even youth.

“People look at these kids as throwaway children,” Coorlim argued. “The pimps are the only ones who show them any attention.”

As the Editorial Director for CNN’s Freedom Project, Coorlim believes its the role of media to challenge this thinking and make sex trafficking an issue. “If you haven’t heard about this, it’s a failure on the part of the media,” Coorlim said.

Bissett hopes that the play can be a tool of empathy, move past intellectualizing the problem and help start a real discussion.

“What theatre can do is personalize the story," Bissett said. "We connect with a story because we see ourselves in that situation. We can engage on an emotional level.”

By falling in love with Mary, Bissett hopes that Roadkill audience members will see their own story. She wants them to ask, “What if that was someone I knew? What if that was me?”

In working on this play, Bissett said she was called to action by the women she spent time with, who shared their haunting experiences with her. “When a young girl is in your flat, it becomes a different thing,” Bissett said. She wants to give the audience the same opportunity: “When something gets under your skin, you care. You can't ignore it."

Nico Lang writes about LGBTQ issues in Chicago. You can find Nico on Facebook, Tumblr or Twitter.