At Bret Harte Elementary School in Hyde Park on the South Side, a group of sixth and seventh grade girls are fixated on their computer screens. They are trying to make a tiny robot, which looks like a mouse on wheels, move and change colors by entering the right computer code.

“Okay who wants to go — me!” one exuberant middle schooler shouts.

Standing over them are another group of young women — all University of Chicago students excited to share their passion for computer science. They have big plans for these girls.

“There simply isn’t enough representation of women in kind of the most advanced computer science classes and ... we really want to make a difference,” said Devshi Mehrotra, a UChicago senior studying computer science. “Of course, we can build a computer science female community on campus, but why not start much earlier?”

To make that happen, Mehrotra and other UChicago students are bringing computer science to middle-school-age girls in Chicago public schools. Through a campus group called CompileHer, they created after-school computer science workshops to teach at schools like Bret Harte. They also organize “hackathons” and field trips for girls to Google, Microsoft and other companies. 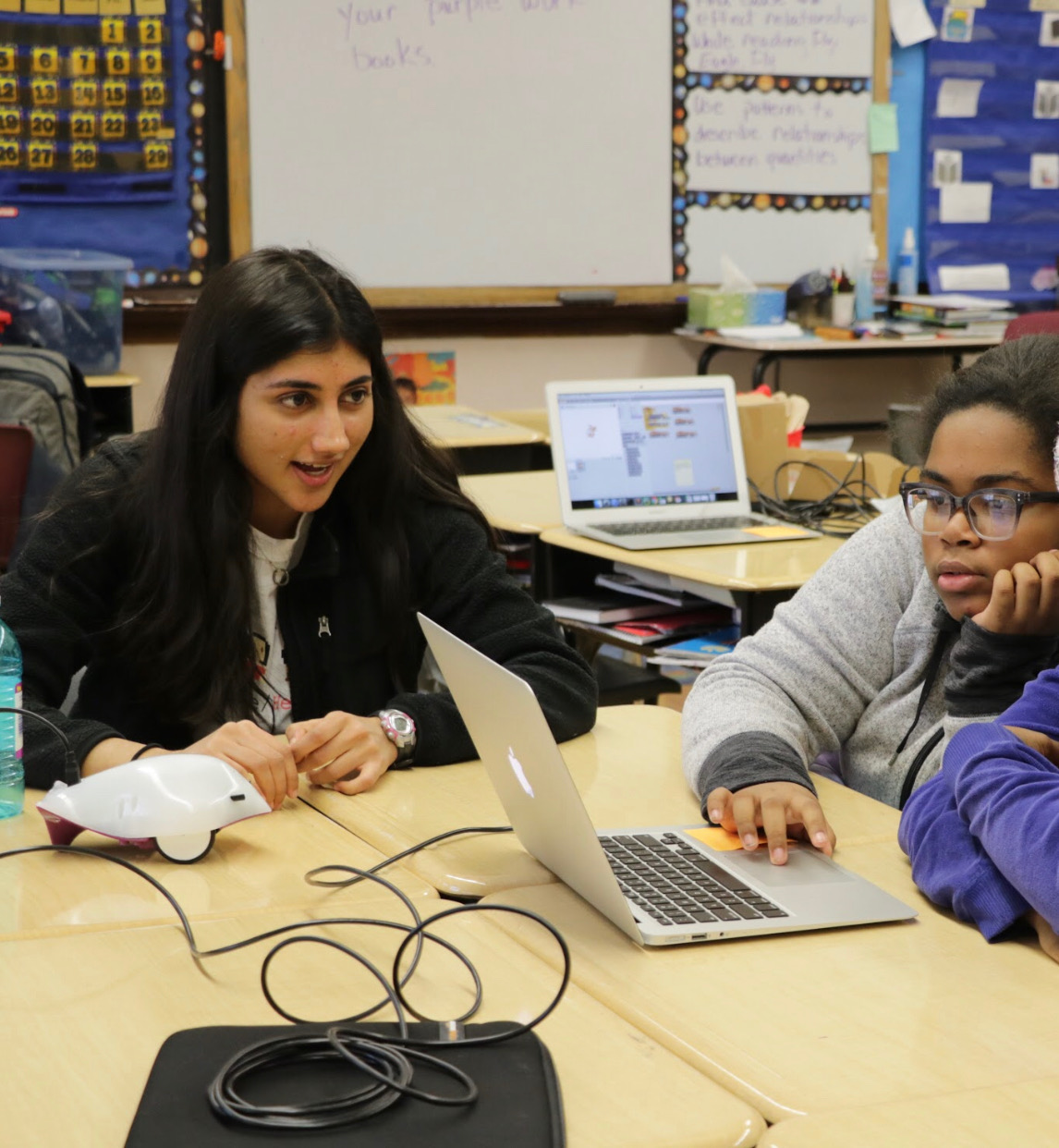 Mehrotra and her fellow UChicago students can see what happens when you don’t reach girls early. Just 29% of their fellow computer science majors at the University of Chicago are women.

And once they are in, it’s hard to stay with it.

“Taking courses at the University of Chicago within the computer science department can be extremely demoralizing at times,” Mehrotra said. “There are so many other individuals who have been pursuing this field for a much longer time.”

In some classes, Mehrotra said she can count the number of female students on one hand. That’s where the Bret Harte workshops come in. Once a week after school, the UChicago students worked with 15 girls, geeking out over computer science concepts like virtual and augmented reality, web development and audio production.

“Our main goal is to make sure that a lot of these young women who lose their confidence in being able to pursue STEM subjects feel like they can do it,” said Mehrotra.

Mehrotra said she had a lot opportunities and support from her family growing up, allowing her to succeed in a field that’s mostly dominated by men. But she knows that’s not true for everyone. That’s why this student-led group targets schools that don’t have strong computer science programs and serve mostly black or Latino students, who are underrepresented in STEM fields.

Khadijah James, a seventh grader at Bret Harte, said she added computer science to the list of fields she’s interested in after participating in the workshops. “It’s kind of good doing coding ... knowing what to do with computers, [things] that you’ve never done before.”

Mehrotra devotes as many as 25 hours a week to developing curriculum, teaching and organizing events. Other students, including a few guys, can spend up to seven hours weekly.

They know the odds are against them.

Despite a concerted efforts in recent years to expose more girls to STEM, the percentage of women in STEM careers remains relatively low.

And a recent survey of teen girls doesn’t show much progress. Junior Achievement USA asked 1,000 teens ages 13 to 17 across the country about their career ambitions and educational priorities. The percentage of girls interested in STEM declined this year to 9%, down from 11% in recent years.

“What was surprising about the survey is that given the amount of emphasis that has been placed on getting young girls interested in STEM fields we actually saw no movement at all,” said Ed Grocholski, a senior vice president with Junior Achievement, a youth development organization that focuses on work readiness, entrepreneurship and financial literacy.

Back at Bret Harte, the UChicago students are well aware of the low numbers of women in STEM. That’s exactly why they are trying to be role models, Mehrotra says. 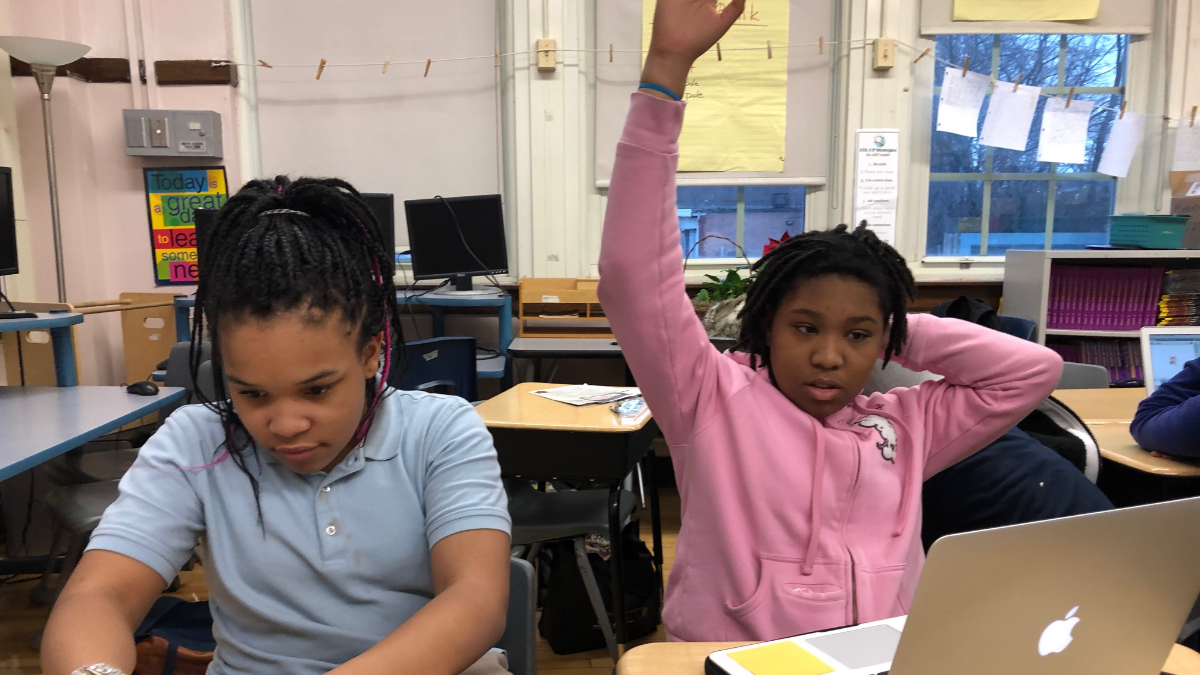 One day, long after their workshop has ended, Mehrotra­ would love to see the Bret Harte girls get excited to take computer science in high school and later choose a career in the field.