Chicago police Commander Paul Bauer will be memorialized Wednesday on the one-year anniversary of his death, at the spot where he was killed in downtown Chicago.

Father Dan Brandt, the department chaplain, will be officiating a planned ceremony featuring bagpipes and the Mounted Unit once led by Bauer at noon Wednesday, outside the state of Illinois building where Bauer had joined in the chase of a man who had fled from police.

Bauer chased that man, who police said was 45-year-old Shomari Legghette, down a stairwell and was shot multiple times.

Bauer was the first of four Chicago police officers killed in the line of duty in 2018, the deadliest year for on-duty cops since 2010, according to the Chicago Police Memorial Foundation, which tracks officer deaths.

“What a great loss his death was for all of those who knew him and loved him, and even those who didn’t know him, and that was evident from the funeral,” Father Brandt said Tuesday. “(He was) just a marvelous man, and again one that exudes faith and love of God, love of others, one who embodies integrity and humility.” 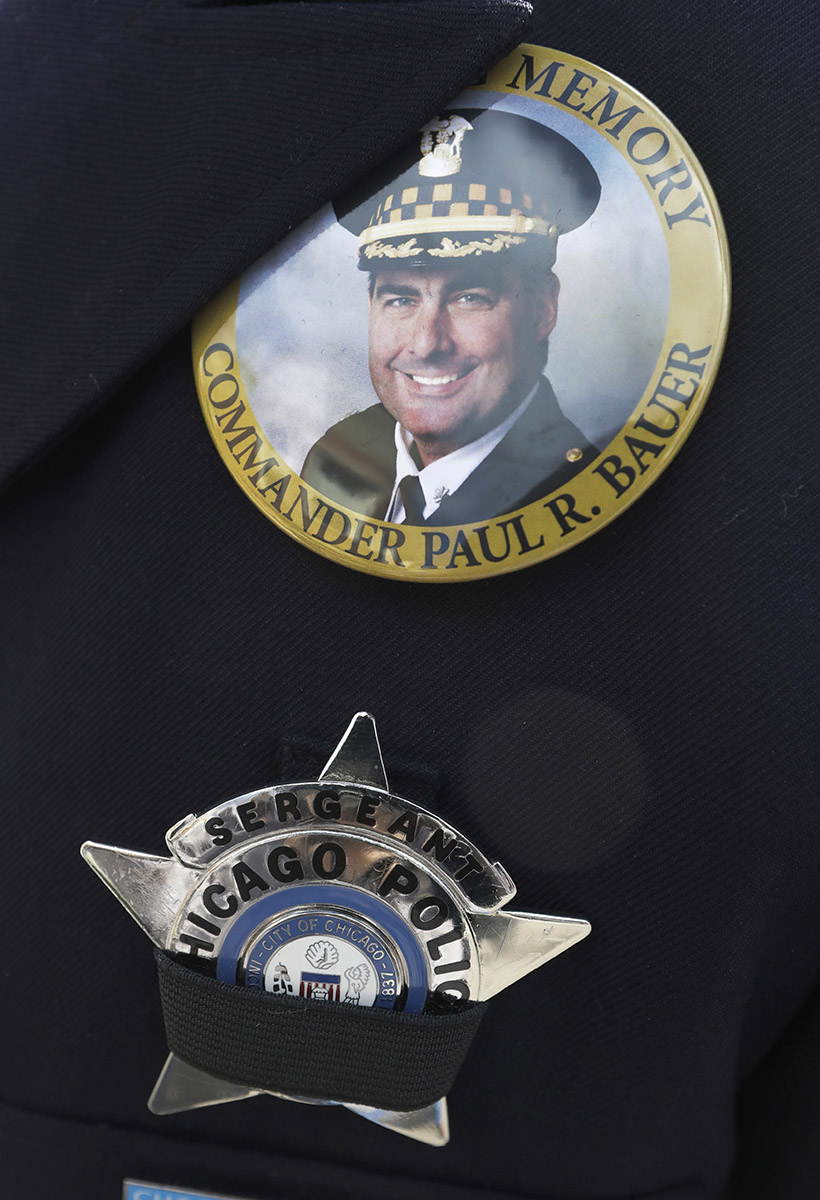 Bauer was mourned at a funeral in Bridgeport, attended by thousands of people who remembered him as a dedicated cop, a loving family man, and a devoted Catholic.

Brandt eulogized Bauer at the funeral, which was held at Bauer’s church, the Nativity of Our Lord Catholic Church, where Brandt used to be the pastor.

Brandt called the crowds and outpouring of support that day “incredible” and guessed it was the best attended funeral in Chicago since the funeral of Mayor Richard J. Daley, which was held in the same church.

Brandt said Wednesday’s memorial service will be brief, because they are holding a private ceremony after at the 18th District police station on the city’s near North Side where Bauer was the commander when he died. That ceremony will be for family, friends, and people who worked closely with the commander.

The Chicago Police Memorial Foundation Director of Operations Frank Gross said he isn’t sure if he’ll be able to go to Wednesday’s public memorial.

Gross is a former police commander himself and said he and Bauer came up together in the Chicago Police Department.

“It’s a very, very sad day and it’s going to be hard being in the area,” Gross said. “I don’t even like to think about it; I can only imagine what (his daughter and wife) Grace and Erin are going through.” 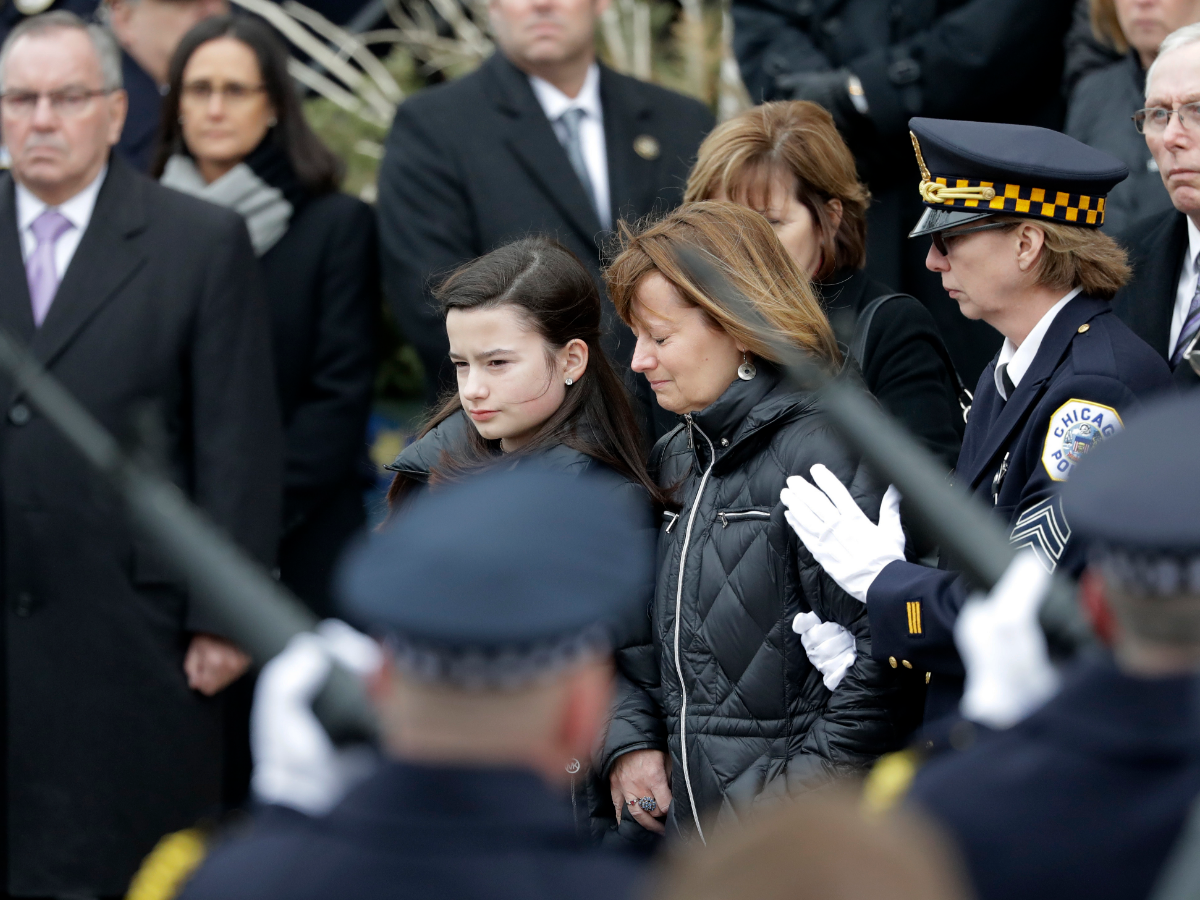 Gross said Bauer was a loving father, a great husband, a “really, really good man” and a “good cop.”

Gross told a story, related to him by a young officer, about the hours before Bauer’s death. Bauer was leaving the 18th District station to go downtown for a meeting with aldermen. On his way out, he stopped and talked to a probationary officer, who are the youngest and lowest-ranking officers in the department.

“Paul took the time to say hello to him and welcome him to the district even though Paul didn’t know him personally, but that’s the kind of guy he was,” Gross said.

While Bauer was downtown for that meeting at City Hall, he heard the call over the radio of an officer chasing someone. Bauer joined the chase and was gunned down near the Thompson Center.

“He never turned down a call, he was there jumping into the fray, and unfortunately, he was doing police work to the very end. And that’s why we don’t have Paul anymore: because he answered the call,” Gross said.

Legghette, 45, is charged with Bauer’s murder. He pleaded not guilty and is being held in jail without bond while he awaits trial.

When asked by Chicago magazine why he pleaded not guilty to the charges, Legghette reportedly said, “Because I’m not guilty. Would Trayvon Martin have been guilty with George Zimmerman if it had went the other way?”

He declined to go into further specifics about the incident.

Officer Michael Carroll, a department spokesman, said he could not give an update on the case because of a gag order imposed by the judge overseeing the case.