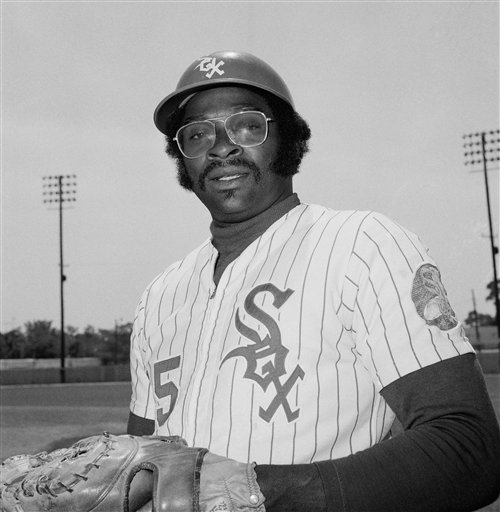 In 1972, bell bottom jeans were in vogue, gas cost 55 cents a gallon, Nixon was re-elected and American Pie was a radio hit. It was also a special year for Chicago’s South Side baseball team. No, the White Sox didn’t win a championship that year, nor did they make the playoffs. But 1972 was one of the best – and some say most important – years in Sox history, especially for one player: Dick Allen.

To sit in the stands at Comiskey Park and watch Allen hit a home run in 1972 was truly special: No one hit the ball harder or farther. It was like a cannon shot that exploded out into the deepest park of the park.

The first baseman started off with the Phillies, then moved to the  L.A. Dodgers, where White Sox General Manager Roland Hemond acquired him in exchange for Tommy John. To say that was a smart move is something of an understatement: Allen’s batting average was .308 that year; he led the American League with 37 home runs, 113 RBI, an on-base percentage of .420, a slugging percentage .603, walks and extra base hits. At the end of the season, he was named American League MVP. It was Hemond’s third year at the helm, and the trade for Allen – along with the acquisition of Bill Melton, a 19-year-old Goose Gossage, Carlos May and Wilber Wood (he was 24-17 and pitched a whopping 376 innings) – kept the Sox in playoff contention in the AL West for most of ’72 and kept them viable for the next two seasons. “We were a young club and needed credibility,” Melton recalled. “When we got Dick Allen we got credibility.” 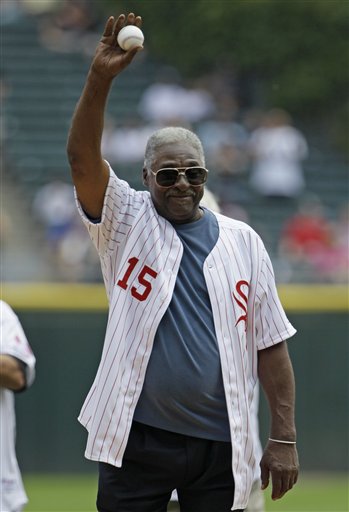 “It was the best year of my career,” Allen recalled Sunday. The 1972 White Sox were honored this past weekend – part of a season-long celebration coordinated by the Chicago Baseball Museum that includes this year’s team wearing the 1972 red and white pinstriped uniforms at Sunday home games. Players, management and even bat boys from that club were in attendance this week, and Allen seemed to enjoy every minute of it – signing autographs, throwing out the ceremonial first pitch and hearing the crowd roar one more time.

Allen was known to have some issues with management, the media and fans before he played in Chicago. “Having a reputation before coming here and Chicago accepting me the way that they did,” said Allen, “Bringing me back [for the ceremony] was humbling.”

Hemond, who was named Executive of the Year in 1972, said the team's success and popularity that year and the next two seasons were important to retaining the White Sox in Chicago. “There was talk of the club moving to Seattle, Milwaukee or Toronto,” Hemond said. Attendance picked up significantly with the ’72 Sox and the team wasn’t forced into a move so many fans feared. (In later years, the specter of a White Sox move did return).

Former organist Nancy Faust fondly remembered that year, her third with the White Sox. Faust was noted for selecting a song to match each player, a tradition she helped launch that year. When I asked about her choice for Allen, she said “Jesus Christ Superstar – and it got written about in the papers.”

It was an odd selection, perhaps. But Allen’s role in making the Sox popular again didn’t just make him a fan favorite – it made him a team savior.