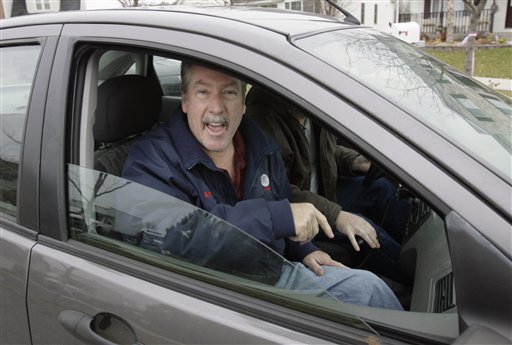 Lead story: For the time being, Drew Peterson is guilty of first-degree murder in the death of his third wife, Kathleen Savio. I say “for the time being” because I have a hard time believing that the defense won't appeal based on how incompetent the prosecution’s presentation of its case was. Almost every day, it seemed, the judge considered a mistrial motion, and the lone hold-out juror admitted he voted to convict based solely on the controversial hearsay evidence. Thankfully, of course, I'm not an attorney, so I could be totally wrong. But an hour or so before the verdict was delivered, the jury, whose fashion shenanigans have gotten plenty of notice, sent the judge a note asking him what the definition of “unanimous” was. I’d understand if they needed to be reminded of the rules involving a hung jury. But deciding a man’s fate at a murder trial and not understanding what delivering a “unanimous” vote means obliterates all hope I had of ever getting a fair trial. . . at least in Will County.

Also: The saga and backlash surrounding Chicago rapper Chief Keef continues to unfold. Thursday, the Sun-Times reported that slain rapper Lil JoJo tweeted his location shortly before he was killed; the paper also quoted the victim's mother, who blamed her son's death on his rap rivalry with Keef. Then Pitchfork, an outlet that had previously heralded Keef, officially retracted an episode of its “Selector” series that featured the young rapper at a gun range. The piece was a horrible idea; part of Keef's lore is his arrest for pointing a gun at a police officer. I had previously wondered how outlets who promoted Keef would reconcile that hype with his violent image. I guess now we know.

And then: Yes, Barack Obama accepted his party’s nomination for president. Yes, his speech was heavy on policy and light on the typical oratory magic he’s typically known for. Still, it was a solid speech. It’ll be at least a week before polls reflect any change in perception based on the conventions, but having watched an inordinate amount of both, it feels like the Dems may have more momentum coming out of theirs. But there's still a long way to go and the debates will play a bigger role in pushing undecided voters than either convention.

RIP: John C. Camden, former helicopter traffic reporter for WGN radio at the age of 71. Besides being a traffic reporter, Camden was an Air Force veteran and served as a Cook County sheriff for many years.

No matter your political alignment, one of the most inspiring moments of the entire year came at last night’s DNC proceedings when former Arizona congresswoman Gabby Giffords, who survived an assassination attempt, led the crowd in the pledge of allegiance.