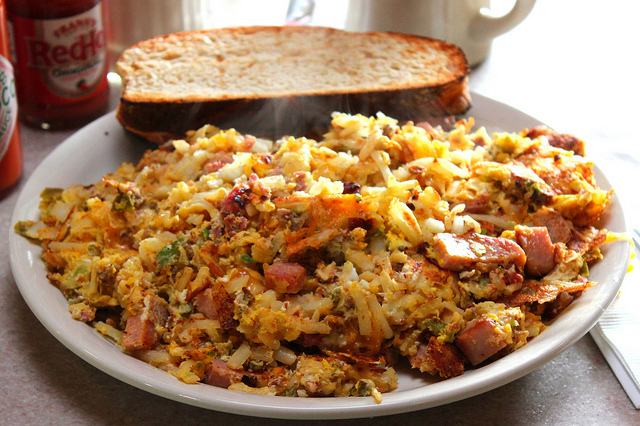 Our recent Curious City diner tour focused on their stories and with arguably 151 years of history behind them, we didn't have nearly enough time to talk about the food, as least as far as I'm concerned.
And I'm only talking about the specials here. It might take another century and a half to detail full menus. Take the Garbage Plate at Franks Diner in Kenosha, Wisconsin. With five eggs, hash browns, green peppers, onions, optional jalapeños, and a choice of up to five meats (ham, bacon, sausage, SPAM, "scratch-made" corned beef hash, or chorizo), five cheeses (American, Cheddar, Swiss, pepper jack, or mozzarella), plus toast (house baked wheat, white, rye, or cinnamon swirl), any mathmeticians want to calculate the possibilities?
While the origin of Franks Garbage Plate is lost to history, not so for the Jumpball at Moon's Sandwich Shop on the Near West Side of Chicago. Owner Jim Radek said he created the dish based on a somewhat similar Italian specialty, in preparation and name, but no one could pronounce it so they just called it Jumpball instead. The cooks griddle an Italian sausage patty then chop it on the flat top, before folding into three eggs, potatoes, cheese, and onions. All served with toast. 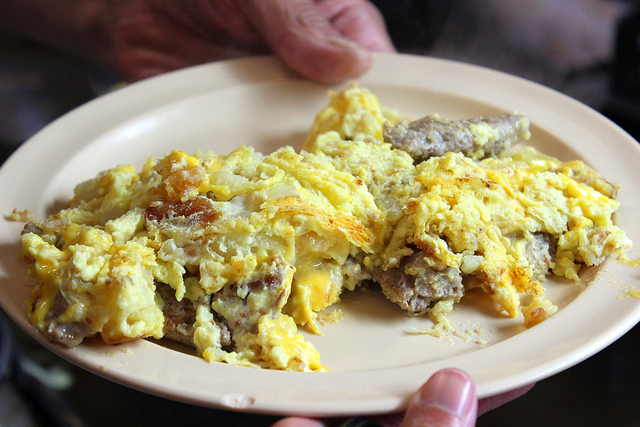 One of the most misunderstood notorious breakfast dishes in Chicago has got to be the Slinger at Diner Grill on Irving Park Road. Built on a bed of hash browns, made with real potatoes, grilled onions, two cheeseburger patties and two eggs fried to order, the chili is actually housemade. Culinary historians say the dish was invented sometime in the 1970s in St. Louis, where it's found on menus with so many variations that one blog has so far covered 56 Slingers. 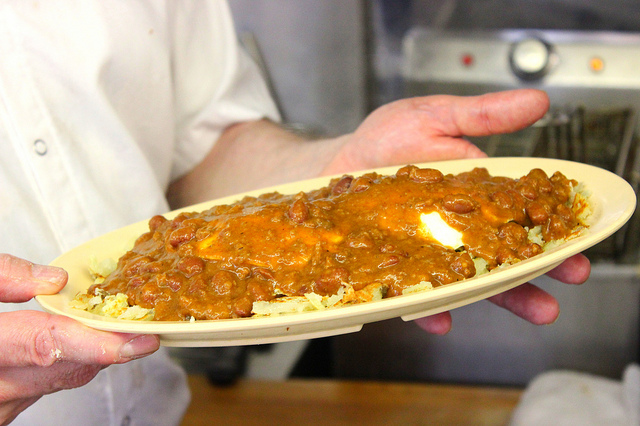 Ironically the Deuces Wild at the late Ohio House Coffee Shop may have been the most restrained yet precisely prepared of all our diner breakfast specials. Two eggs, two pancakes, two bacon, two sausage — that's it and that's all she wrote. 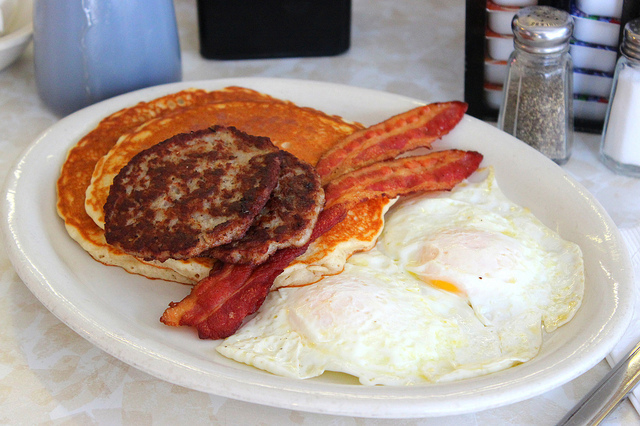 As I wrote previously, Executive Chef Daniel Traynor researched historic recipes including Pullman bread, plus a relish tray with pickled watermelon rind and Illinois Central salad dressing. For breakfast he serves a signature stuffed French toast, using Pullman bread. The restored Pullman cars first served local test dinners. I for one hope they do them again. 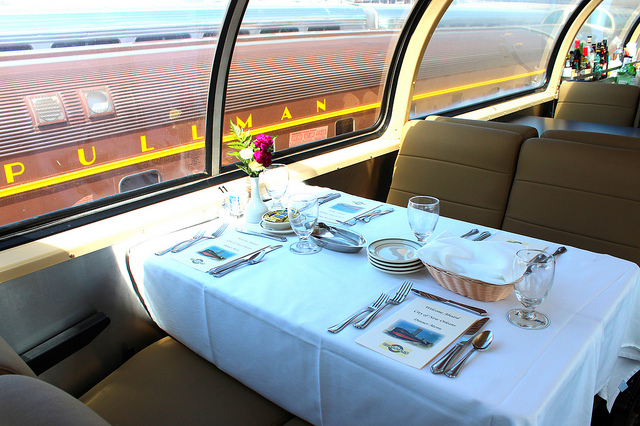 Or test breakfast in bed cars, served all day and all night of course.
Follow Louisa Chu on @louisachu. 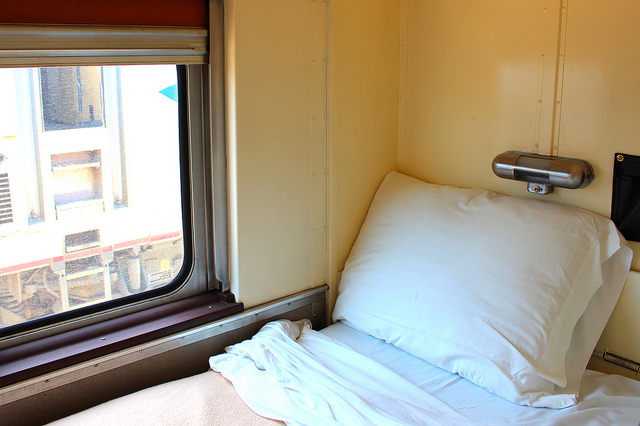