Performer Sifiso Kamela bounded into the circus ring instructing the audience to clap to the beat of his whistle blows.

While gauging the crowd’s energy, he realized one side of the room under the big top wasn’t responding.

He left the circus ring with a spotlight in tow and instructed a woman and her child to participate.

After he returned to the center blowing his whistle full force, the tent was filled with loud claps from the audience in the 2,200-seat space. 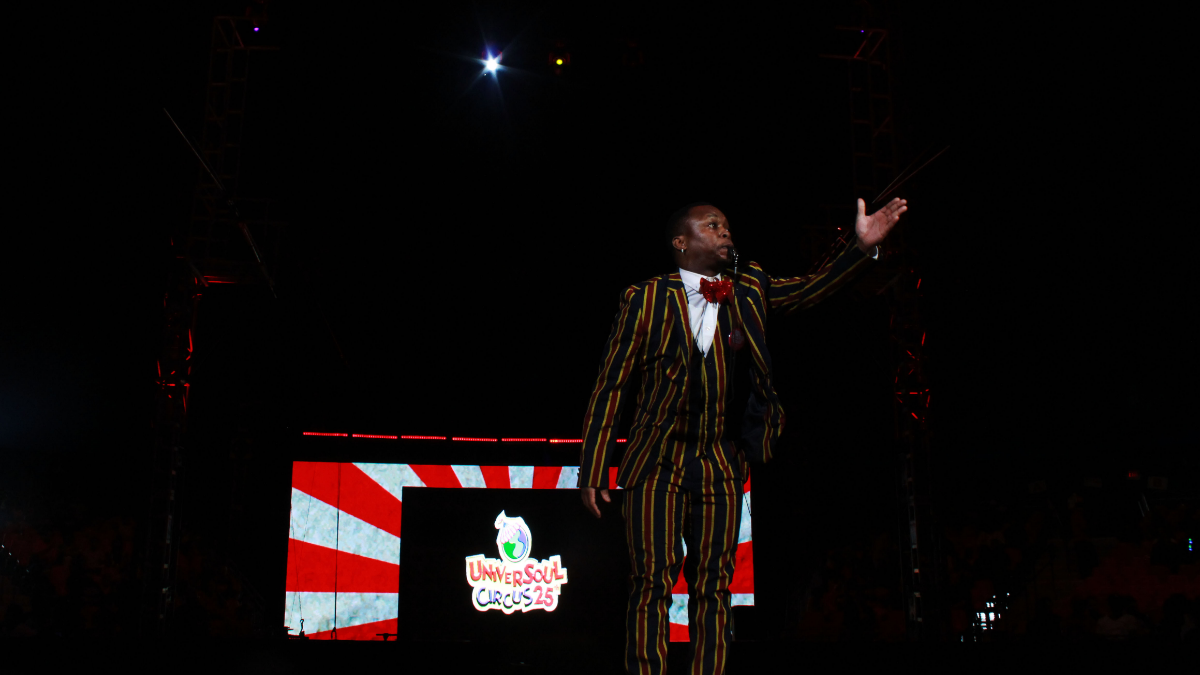 It was a lively start to a performance this week by UniverSoul Circus, the world’s only African-American-owned circus, currently celebrating its 25th anniversary with a one-month stay in Chicago’s Washington Park.

Cedrick Walker founded Atlanta-based UniverSoul in 1993 to create entertainment in inner cities that catered to the entire family.

UniverSoul has classic circus acts like magic tricks, tumbling, and clowns. But UniverSoul is unique with its hip-hop, Caribbean, and African influences in the music, costumes, and dances throughout the show.

“Yo, Zeke!” is how Ringmaster Lucky Malatsi introduced the audience to the longest-working member of the circus.

Zeke is the Ringmaster’s assistant, and he proclaims himself the “energizer bunny” of the show.

Dressed in a multi-colored bomber jacket with a purple bow tie and hat, Zeke appeared in the center of the ring. His personality and energy are larger than his small physical stature.

Within seconds of being in the ring, he broke into a quick dance routine. Every show he works to get circus-goers out of their seats as he dances with ease to popular R&B and hip-hop songs like Beyonce’s “Single Ladies” and Lil Baby’s “My Dawg.”

“Seeing the kids in the aisle dancing and the grandmamas popping her fingers with a big smile and everyone letting you know you’re doing a good job, it just rekindles the energy every time,” said Zeke, who goes by his show name. 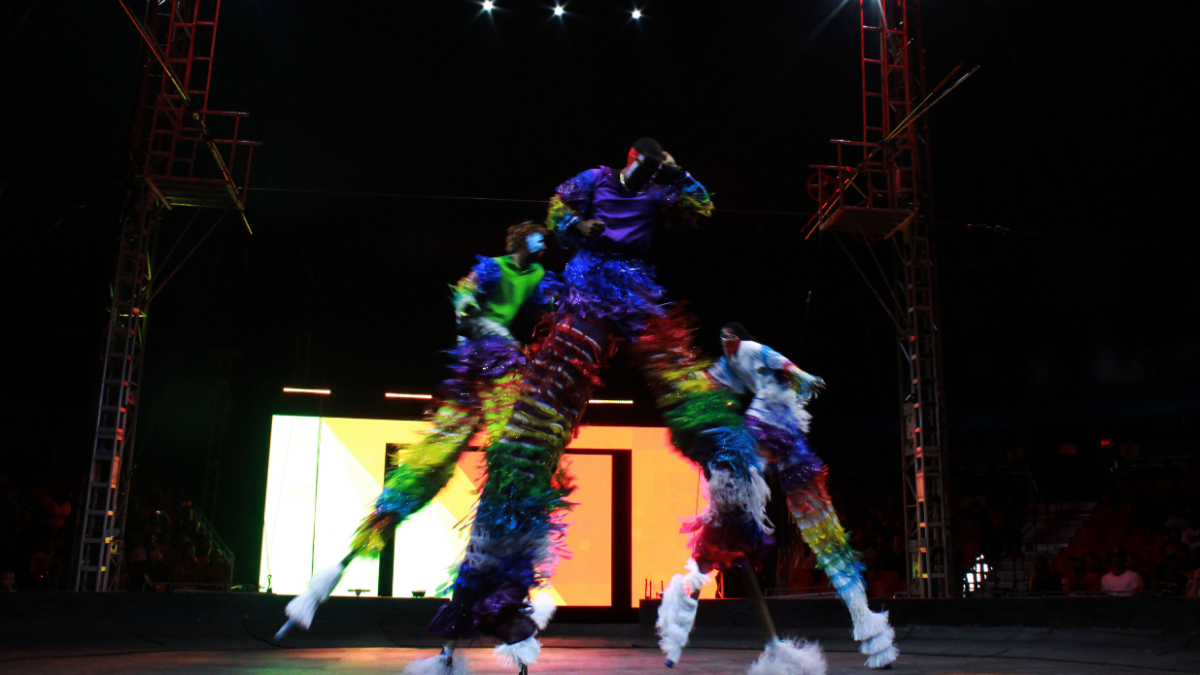 Walker and UniverSoul producer Denise Howard find talents from around the world and mix their performances with different music like new and old school hip-hop.

Chicago is one of the four cities the circus visited on its first national tour in the 1990s.

“Now I've seen three and four generations come in here. So to see somebody back when they were a little kid, now they're bringing their kids out, that lets you know how we have evolved and we still got the families connected and coming together,” Zeke said.

The circus has performers from across the world including South Africa and the dual-island nation of Trinidad and Tobago. 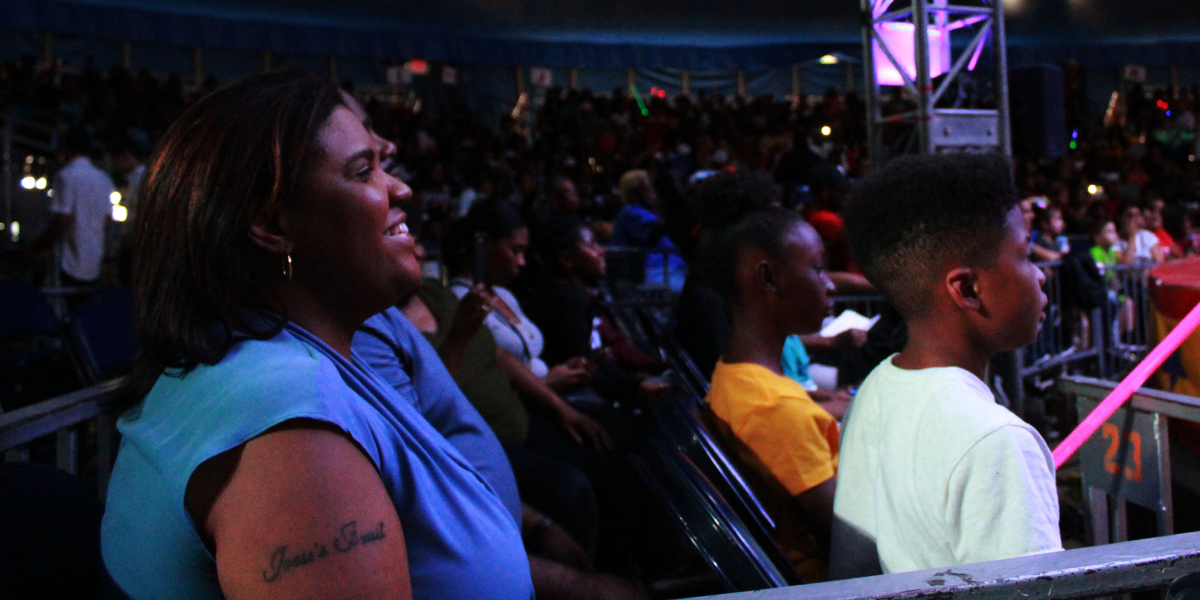 “Diversity is very important to us,” UniverSoul spokesman Hank Ernest said. “Showing different cultures from around the world, performing together in a single ring is a positive thing for society. It shows we can all get along as brothers and sisters.”

Alvin Jefferson came to a UniverSoul performance two years ago with his wife and son.

Jefferson said the intimate feel of the circus left such an impression on him that he decided to bring 16 members of his family to the show this week.

“Honestly, if it was a repeat of what we experienced two years ago that would be fine with me because it was amazing,” said Jefferson, of Joliet. 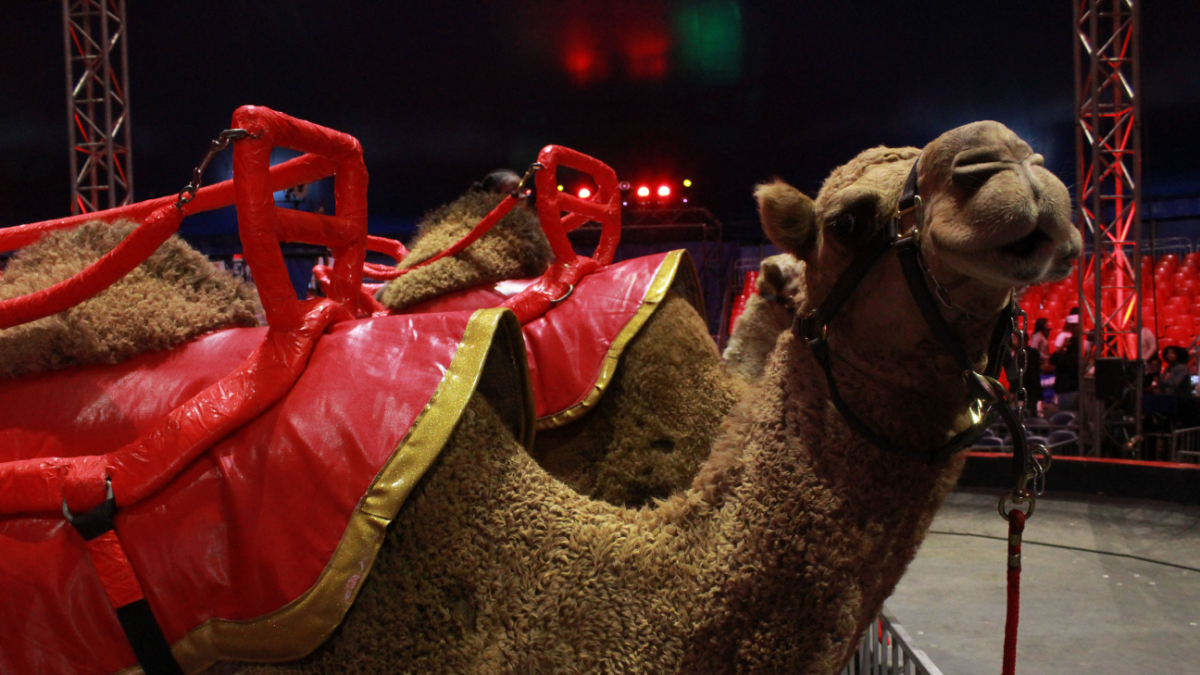 Like other circuses that use performing animals, UniverSoul has been criticized by People for the Ethical Treatment of Animals (PETA).

Camels give children rides at the beginning of the show, and dogs perform backflips and ride  scooters.

UniverSoul has defended its use of animals and said state and local agencies check on their treatment in every city where the circus performs.

The circus will have shows in Chicago through Nov. 4 and then heads to Philadelphia.