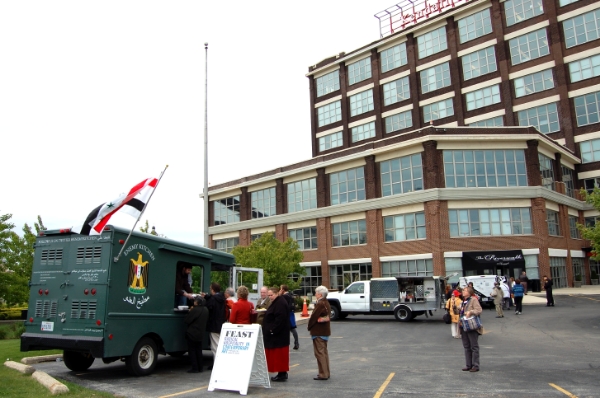 WBEZ's Matt Connolly reported Monday that proposed ordinances would allow food trucks to cook on site. Currently all mobile food in Chicago must be pre-cooked and pre-packaged. When I shared the story on Facebook and Twitter, the responses boiled down to "Hooray!" and "Finally!"

But not so fast.

Cooking on board comes will come with a price, and we're not just talking about new, higher license fees, but also designated food truck stands — like taxi stands — and controversial new GPS tracking devices that food truck owners would install at their own expense.

"They're monitoring and tracking us as if we’re going commit a crime," said Amy Le, DucknRoll food truck co-owner and executive chef.

"We don’t have any other business that's tracked," said Le, "The city also had a really difficult time answering how they are going to enforce that tracking — and GPS are not always accurate."

What's also not yet clear are the requirements for cooking on board.

"I think what people aren’t realizing is that it needs to be outfitted like a restaurant," said Joseph Giannini, Two Italians Deli & Pizzeria food truck owner. "No one’s going to go out there and spend $40,000 to retrofit," he said. "That’s the scary part."

I'll be at the City Council meeting Wednesday morning—stay tuned for updates.