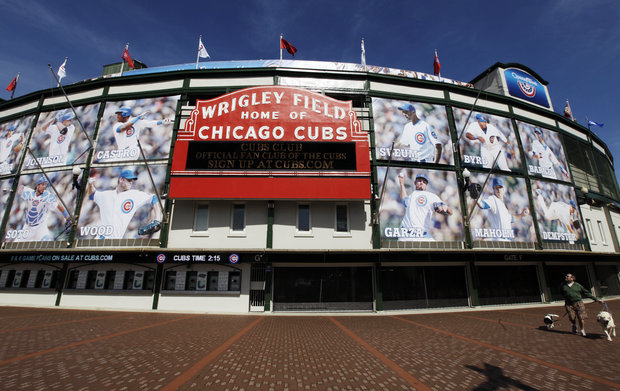 Nothing like a firing/hiring, a sports league getting back to work, an MVP preparing to return, off the field news for baseball and a countdown to the pitchers and catchers report. In other words: the cold Chicago winter has plenty of warm sports news.

The sounds of the United Center organ, the loud blaring horn, "Chelsea Dagger" and the always exciting rendition of the National Anthem by Jim Cornelison are back-- with the Blackhawks.

The Hawks have to be relieved and glad to see their fans pumped up about their team. The club made sure they came out of the gate fast to begin this abbreviated NHL season. With only 48 games on the schedule, they have won their first four games, including a 3-2 overtime win over Dallas last night. A huge crowd was present for opener; the next home game is Sunday evening. Hate to say it, but the lockout was kind to Mariam Hossa. The ability to recuperate from his concussion was a plus to the Hawks. He has exploded with five  goals, including last night's game winner. It seems the coaching staff is making a concerted effort to manage the minutes of the older players and the ones that have carried the load in recent years like Duncan Keith.  You can't get too giddy about this team; the cramming of the games into a few months will take its toll. That is when the pressure will be on Coach Joel Quenneville and General Manager Stan Bowman to deal with personnel decisions.  The marketing department is pulling out the stops to ingratiate themselves with the fans. In a short season the team will know if it worked. No doubt, winning will be the determining factor of retaining the enthusiasm.

Bears are not in hibernation. There is a lot of intrigue with a new man on the sidelines and a revamped coaching staff.

It seems every few days the Bears have a new name to add to Marc Trestman’s team-and it’s not players. The new head coach did a quick job of filling his staff and retaining a few. With Trestman’s resume built on offense, the defense has been put into the hands of former Jacksonville defensive coordinator Mel Tucker. He will have a major role with the Bears veteran defensive unit.

This week the new staff and the Bears front office have been in Mobile, Alabama for the Senior Bowl. You can bet all eyes are on the offense linemen that were on display for the NFL. The player that caught most people’s attention was left tackle Eric Fisher from Central Michigan University. The Bears have a big need there and pick twentieth in the April draft.

The team is still watching and waiting for their franchise player Derrick Rose to suit up for games. In January, the team is 9-3 and continues to make strides. The team got great news last night, Joakim Noah and Luol Deng were named reserves for the Eastern Conference All-Star team. It is the first for Noah and the second for Deng. Carlos Boozer is having an All-Star caliber year, but he was shut out. Forbes released the worth of the NBA teams. It lists the Bulls value at $800 million, behind the New York Knicks and the LA Lakers. In 1985, Jerry Reinsdorf and his investment group bought the Bulls for $16 million.

A note on a former player/coach, 7' 1" Bill Cartwright. He has taken over the coaching job of the Osaka Evessa team in Japan. The average height of the team...6'4".

Baseball’s spring training is around the corner; both teams kick off the year with their fan conventions.

Last weekend the Cubs had their annual event and the big news that started there has been building steam: Wrigley Field renovations. Cub owner Tom Ricketts unveiled a five year plan costing $300 million. In the past, the club had hoped the city of Chicago would ease some of the burden of the costs for this endeavor. Now, the Cubs are willing to foot the bill with some easing of landmark status and neighborhood issues. They would like to add more signage to the nearly 100-year-old park, close Sheffield Ave. during certain series for entertainment and add more night/late afternoon games. With Mayor Rahm Emmanuel giving a positive response to the proposal, the question is whether the roof-top owners get on board?

While the future of Wrigley is getting hammered out, this summer Pearl Jam will be playing there in July. At least we know there will be something to look forward to mid-summer if the Cubs struggle again.

Today is the start of the White Sox Fan Fest. Manager Robin Ventura will probably take plenty of questions about one player—AJ Pierzynski. This will be the first Fan Fest without the colorful catcher since 2005. The club will be celebrating the 1983 Division Championship this weekend and throughout the upcoming season. It will be more important if the Sox finish the year celebrating a real divisional championship rather than a past one.

A final footnote on people that should stop talking

Manti Te’o: he will never get a consensus of people to believe him. Lance Armstrong: too little, too late.  Former NFL players Tim Brown and Jerry Rice: you waited ten years to say your coach threw the Super Bowl. Nice.