Segregation is a hallmark of Chicago.

The city boasts its diversity — blacks, whites, and Latinos each make up roughly a third of Chicago’s population — but residents tend to live in separate neighborhoods. The result is racial inequities in housing, employment, resources, economic development, health, poverty, violence, and education.

For too long, politicians have treated segregation as a quirky characteristic of Chicago, in the same breath as describing the beautiful Lake Michigan skyline or why we’ll always call our tallest building the Sears Tower no matter which corporation holds the naming rights. Segregation is not a natural condition, but one that has a long legacy in public policy and racism. It’s a force that’s determined where housing is built or development is constructed. Segregation is as pernicious as it is normalized. And so is the racial inequality that comes with it. 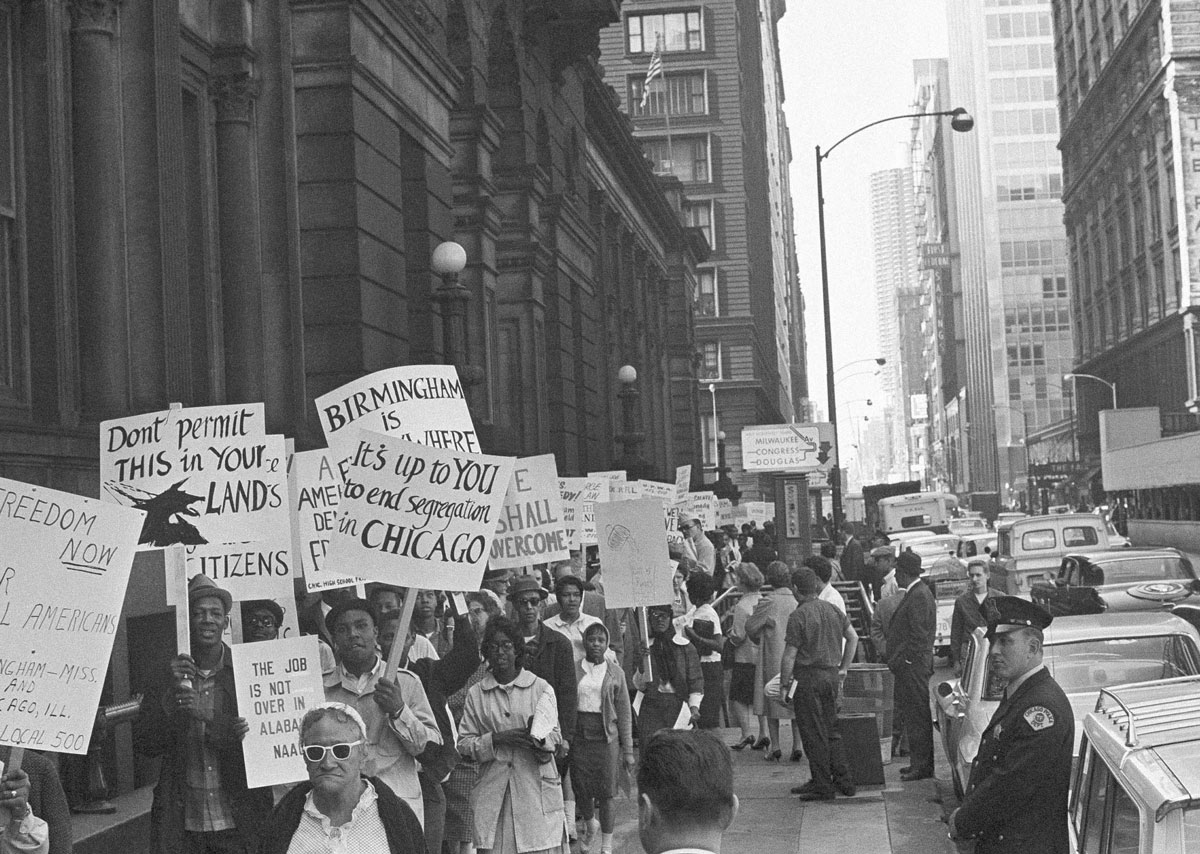 In “A Tale of Three Cities: The State of Racial Justice in Chicago,” scholars at the University of Illinois at Chicago dive deep to show what current segregation challenges look like in terms of racial inequality. Among the findings:

How can Chicago reverse the inequitable effects of segregation?

One way to try and undo the harm is to consider whether city government should adopt what’s known as a “racial equity lens.” In short, it requires those in charge to put race at the center of decisions on how government works. Politicians and policymakers ask what is the racial impact when it comes to budgeting, opening a school, or any host of issues in which public dollars are spent.

Practically speaking, there are small examples of how racial assessments work outside of government. Chicago United for Equity, or CUE, is a two-year old community organization that completed a racial equity assessment of a plan by Chicago Public Schools to close the National Teachers Academy school. Its analysis said the closure would hurt poor black children. Last month, CPS abandoned the plan as opposition spread.

But some organizers want the city of Chicago to formally weave racial equity throughout all its work.

“Chicago has the capacity, talent, people who care deeply about racial justice and knowledge. What it takes for Chicago to do this well is for those silos and sectors to speak to each other. Our next generation has to be willing to say something’s wrong here, and we need to address it and put our jobs on the line,” said Niketa Brar, executive director of CUE.

Engaging community is the right approach, according to Julie Nelson, and co-director for Government Alliance on Race and Equity. GARE is a national network that provides resources for municipalities and governments around the country.

Nelson said Chicagoans have to put race on the table.

“Ask the questions that need to be asked,” Nelson said. “How is race impacting policy decisions or budgets? Come up with those questions and put them on the table so government can’t shy away from it.”

Pushback comes from people who think racial equity means there will be winners and losers because “most frequently the conversation is from a scarcity approach,” Nelson said. “Working on racial equity is positive for all groups involved.”

To be sure, racial equity work is a nascent field, but it’s spreading around the country. GARE has doubled in size every year for the past five years, Nelson said.

Here are three cities implementing a racial equity lens that can provide lessons for Chicago.

Seattle is the first in the nation to adopt racial equity as a government priority.

It started in 2004, an offshoot of the mayoral election in which community groups demanded a racial equity platform. Once implemented, the first step meant all city employees received training on race, power, and implicit bias. That training still happens, but through the years the Seattle Office of Civil Rights expanded to include the Racial and Social Justice Initiative.

The main component is making sure every city department has a team in place to complete a race equity work plan, which allows the city to take a careful look at the impact of policies and if they are perpetuating racially disparate outcomes. A racial equity toolkit is used. Here are examples of completed ones.

“We have the ability to adapt, alter, or change those policies before they’re implemented,” said Mariko Lockhart, interim director of Seattle’s Office of Civil Rights. “We target our policies and initiatives to support communities of color and not perpetuate historic inequities.”

The office offers support and training to employees and departments. And now this work is embedded in the foreground, not as an afterthought. The angle isn’t about focusing on individuals, but systems and infrastructure.

Some of Seattle’s accomplishments include:

“It’s not a magic set of 10 policies and you’ll have racial equity,” she said. “It’s about the fundamental transformation of what government is doing and for whom it’s doing it.”

Another example has to do with the building of a police facility — an issue familiar to Chicago. Seattle’s mayor wanted to build a new $149 million police facility. A racial analysis was done amid criticism about whether that was the best use of public funds. The mayor shelved the project and a new more comprehensive analysis is underway.

Lockhart said more work needs to be done. Seattle’s population growth has boomed in the past 10 years, creating an expensive real estate market that has negatively hurt people of color.

Brion Oaks has been chief equity officer for the city of Austin since the office was created in 2016. Clamoring from community organizers pushed the city to adopt a racial equity lens.

Austin had to reconcile its public image as being hailed as the best place to live in the U.S. and also the most economically segregated.

“It posed this question of juxtaposition of what it means to be an Austinite,” Oaks said. “Children of color, especially black and Latino, are more likely to live in poverty. At the time our community and (city) council realized these extremes and different experiences of what it means to live in the city. Our most reliable predictor is along racial lines.”

By 2020, Austin wants all city departments to do a racial equity assessment with a specially designed racial equity toolkit. One early assessment shows low participation in swim and aquatics activities among youth of color in the parks and recreation department. Now, the department is putting materials in Spanish and changing the application for scholarships, which had created some barriers. In general, the department is rethinking its community engagement model. Staff is going out on weekends to collect information or host meetings.

In addition, human resources is developing an unconscious bias training class for all city employees.

“Equity work, in general, is not easy. The first thing is that people are very uncomfortable leading with equity discussions and race. Race and racism doesn’t make people feel comfortable. We’ve been told or conditioned to pretend to be colorblind. To do this work effectively, we have to take that away,” Oaks said. “People will say let’s just look at low-income fams, or socioeconomic status. But let’s look at who’s poor in your city and oftentimes it will take you to communities of color.”

“I grew up poor and black in Baltimore. So I knew, my entire life, I had lived what we talked about,” said Brandon Scott, the city council member who sponsored the legislation. “Because of the ZIP code I grew up in and color of skin and amount of money my parents made, I knew that my life and access was different than young people one ZIP code or neighborhood over.” 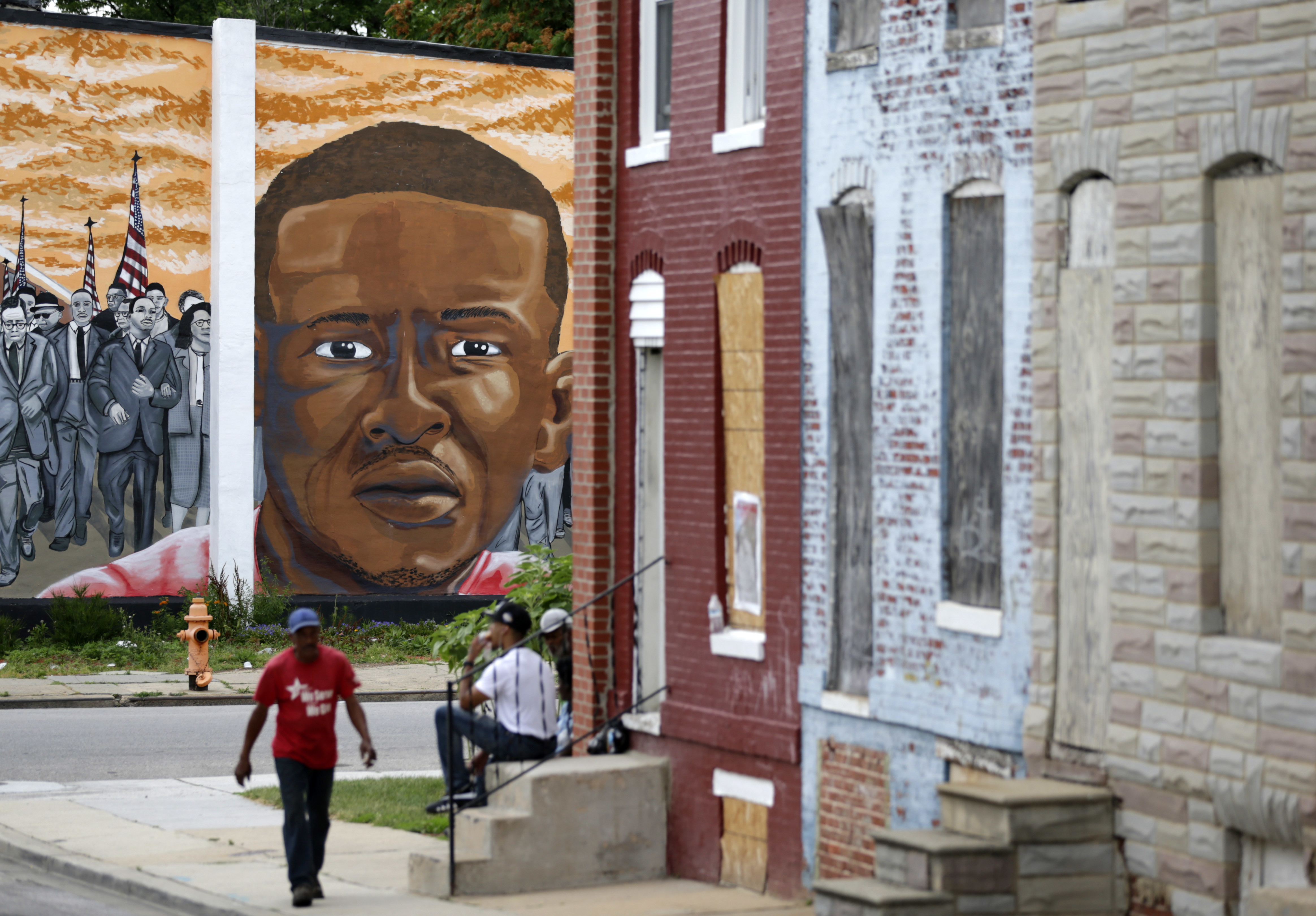 Baltimore had a hand in creating segregation, and the city needs to have a hand in erasing it, Scott said. Baltimore is 64 percent black, 30 percent white, 4 percent Latino, and 2 percent Asian.

Every city agency now has to staff an equity coordinator and put forth a plan in the coming year. Five years from now Scott said he would like money and resources allocated in a way that benefits neighborhoods that have been overlooked.

“The next step is crafting a process to give the legislation and the process for implementing the legislation an increased chance of success,” Ayira said. “It is very early but one thing that's been discussed is convening a table of individuals who really understand these issues, looking at these issues in a way that gets to the root causes as opposed to being performative.”

Natalie Moore is a reporter on WBEZ’s Race, Class and Communities desk.