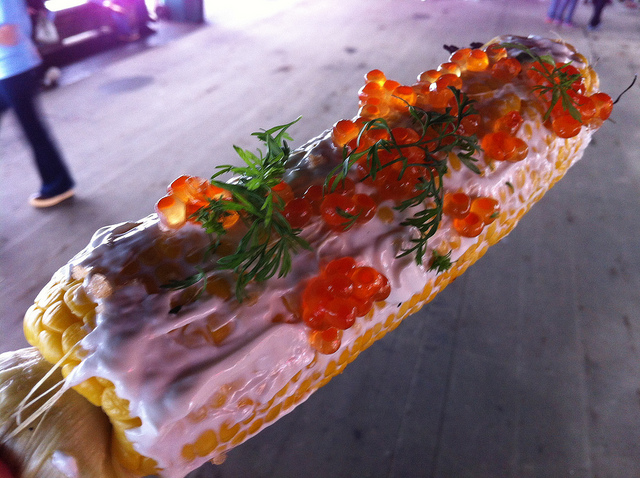 It's not really a vacation per se, and a lot of locals here in Sitka, Alaska would say that it's hardly been summer, what with some of the coldest and wettest weather in a decade, even for the notoriously soggy Southeast. But I've been here for the Sitka Seafood Festival, a growing event now in its third year, cooking and eating local food (and visiting local public radio station KCAW with festival organizer Alicia Olson).
This is a critical time for Sitka, having just nixed plans to build a cruise ship dock. Cruise ship passengers currently come ashore via small shuttle boats called tenders. Some say building a dock would have boosted the local economy, while others seek to establish the town as a culinary destination.
See above what I call the Fully Loaded Sitka Seafood Festival Elote. It's a roasted ear of corn on the cob (not local, though I heard about a hopeful soul who once grew tiny ears of corn in one of the community gardens), slathered with mayo (made with a yolk, lime juice, local Alaska Pure alder smoked salt and canola oil) mixed with sour cream, garnished with local salmon roe, locally grown cilantro, and sold-locally-only Alaska Pure spicy hot pepper salt). The good people of Sitka had never heard of an elote (curiously common in two places: Mexico and Chicago) but I was relieved that when I finished the festival demo, I wasn't pelted with fish heads from the bobbing for fish heads contest.
I also made the passed apps for a VIP cocktail hour, kicking off with oysters, Caddy Ganty style: roasted oysters finished with brown butter toasted Pilot Bread crumbs and locally grown nasturtium petals. Halibut Caddy Ganty is a dish made with white wine marinated halibut; covered with mayo, sour cream, onions, bread crumbs, and paprika; then baked until golden and bubbly. What's become a homey dish was named after the woman who's credited with inventing it: Clarabelle "Caddie" Ganty, whose granddaughter's blog post reveals a sophisticated woman in rural Alaska. Halibut Caddy Ganty is best known at the James Beard Classic Gustavus Inn; their recipe is in Kim Severson's The New Alaska Cookbook. I thought it would be a new take on a southeast Alaskan dish, but no one here in Sitka knew what I was talking about. 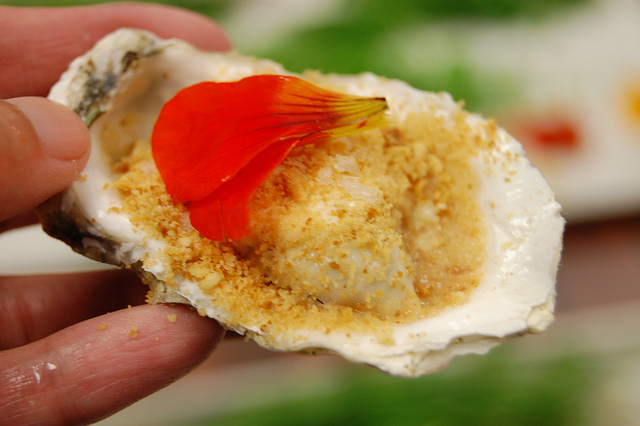 What everyone does know is salmon, the King of Fish, so declared by keynote speaker and MacArthur Fellow Dave Montgomery. Chef Seth Caswell, owner of Seattle's Emmer & Rye and past president of Chefs Collaborative, created the dinner menu — assisted by yours truly, a team of local chefs and chef Rob Kinneen of Anchorage. Chicagoans can thank Kinneen for mentoring Scofflaw chef Mickey Neeley, voted Best Up-and-Coming Chef by the Reader. 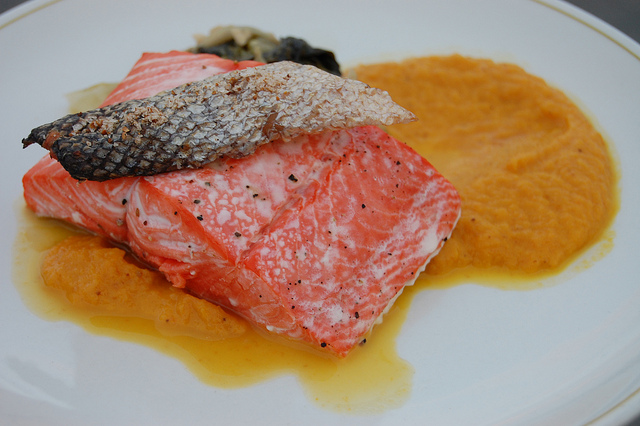 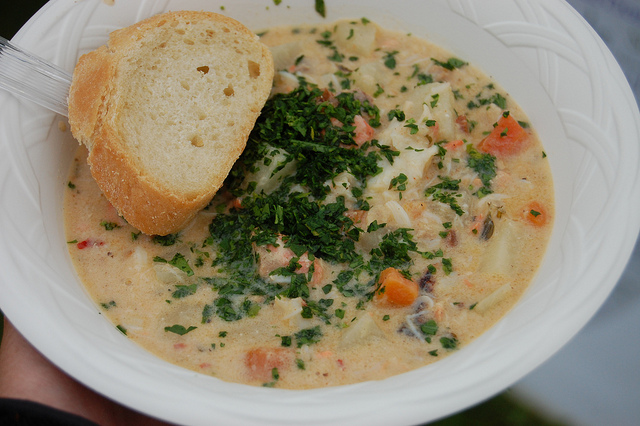 Widely considered the best gastropub in Sitka, The Bayview Pub, is actually now owned by former Chicagoan and LTHer Dave Jenks and his brothers. They served a crab boil at their booth. 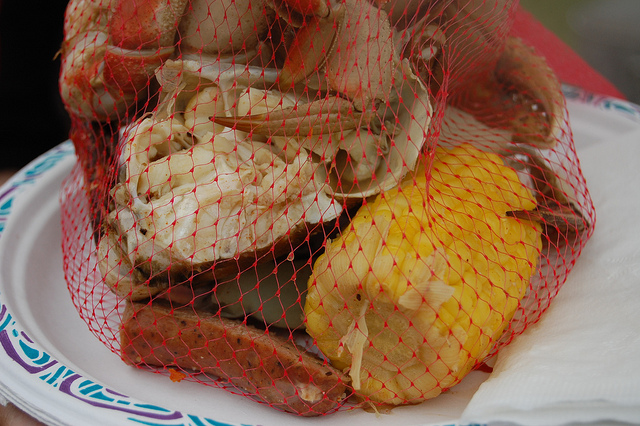 Sitka is now home to a microbrewery, too: The Baranof Island Brewing Company, owned by Rick and Suzan Armstrong, makes lovely and unique brews like their local spruce tip beer. 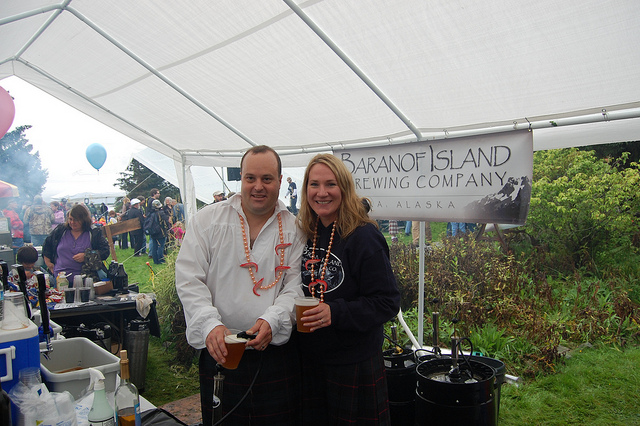 For more photos, see the Sitka Seafood Festival Facebook page. You'll find the winners of the signature dish and cake contests, including a detail of the latter's People's Choice winner. Entitled The Changing Tides, it is indeed for Sitka and its young seafood festival. 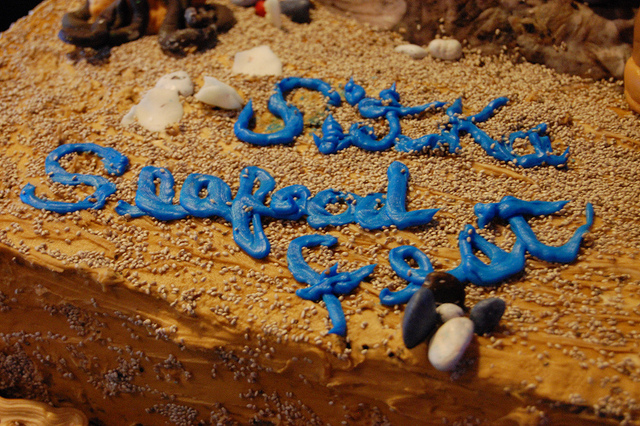