﻿About two years ago, when Tania Tellez was paying for her groceries with a debit card at a Food 4 Less grocery store on Chicago’s South Side, the clerk asked her a question: “Who is Alejandro?”

Tellez is a transgender woman. But her debit card carried the name her parents gave her at birth: Alejandro Tellez. She was forced to explain that to the clerk and the line of people behind her — a moment she described as deeply embarrassing.

Tellez said that is why she almost always makes purchases in cash.

Tellez’s situation is not uncommon for transgender people. Tellez and other transgender people said a legal name change is often a vital step to avoid discrimination and harassment. But many transgender people are banned from doing so because Illinois law prevents anybody convicted of a felony from changing their name for at least 10 years after their sentence and parole is completed.

In 2015, Tellez applied to legally change her name, but a Cook County judge denied her request because Tellez had been convicted of a felony drug charge — and was two years short of the decade-long prohibition.

“(I was) frustrated because first of all, it's personal,” Tellez said. “And on the other hand, it's something that you have to deal with legally every time you have to provide your I.D.”

Transgender advocates say that making people wait a decade is needlessly cruel. The Illinois Attorney General’s office said in a recent filing the wait violates the state’s human rights act. Now, a bill moving through the state legislature might change that. 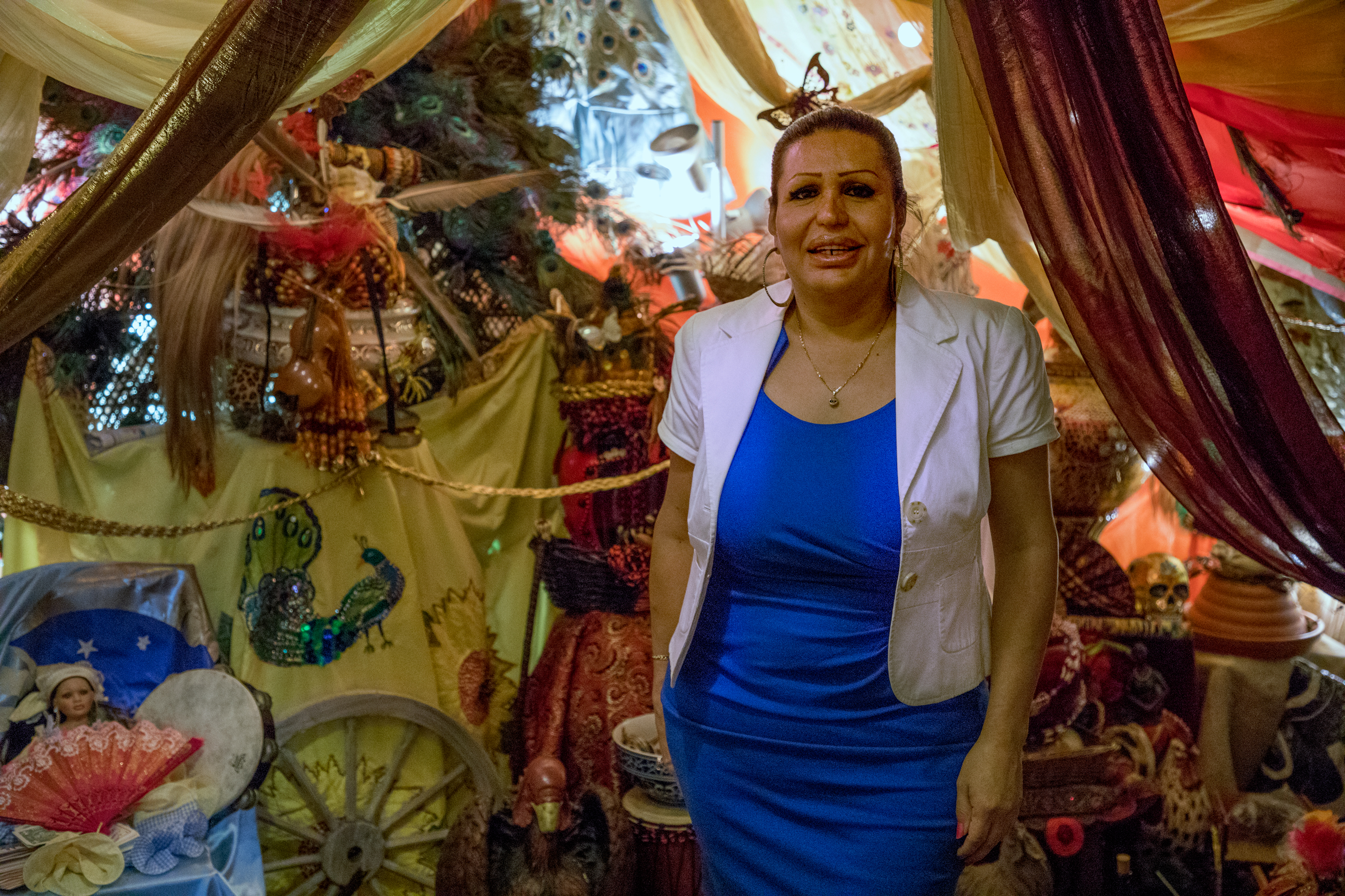 On the last Friday of every month, transgender people trickle into a room on the 12th floor of the Richard J. Daley Center, where they meet with lawyers and volunteers from the Transformative Justice Law Project, a group that helps transgender people change their names.

The process is complicated. It costs about $550 in Cook County, requires the person changing their name to post the change in a newspaper for “three consecutive weeks,” and appear before a judge to explain their decision. Most transgender people don’t go through the process. In 2015, the National Center for Transgender Equality found that 65 percent of transgender people in Illinois had no form of I.D. with their preferred name.

State lawmakers approved the restrictions on name changes during the mid-1990s when “the public perception that ‘dangerous criminals,’ like ‘sexual predators,’ were on the rise,” wrote attorney Lark Mulligan in the DePaul Law Review. Now, Mulligan said, Illinois has one of the most restrictive name-change statutes for criminals in the country.

Tanvi Sheth, a lawyer with the Transformative Justice Law Project, said there is no good way to track how many transgender people in Illinois are blocked from changing their name because of their felony record. Sheth estimates 10 to 20 percent of the people who come to their monthly clinic are turned away because of a felony record. Mulligan estimates the total number of people affected in the state at 6,000.

But advocates say the damage caused by the law is clear. Of the 65 percent of transgender people in Illinois who do not have their preferred name on their I.D., more than half (34 percent) have been “verbally harassed, denied benefits or service, asked to leave, or assaulted,” according to the National Center for Transgender Equality’s 2015 study.

Tellez said she believed she lost out on job opportunities when she had to display an I.D. with a male name to a potential employer. She also described a traffic stop when a police officer — confused by her identification — brought her to the police station, where she was forced to get naked so the officer could “check her genitals.”

Transgender advocates are pushing to alter Illinois’ name change laws — and they have support from the state’s top prosecutor.

After Tellez’s petition to change her name was denied, she challenged the law’s constitutionality in court with the Transformative Justice Law Project, the LGBTQ  social service group Chicago House, and the John Marshall Law School’s Pro Bono Clinic.

In a series of filings, Madigan’s office argued that the state’s’ restrictions on felons violated the Illinois Human Rights Act, which designates “gender related identity” as a protected class.

In a June 2017 filing, Assistant Attorney General Cynthia Flores said: “The [Illinois Human Rights Act] and the Illinois Name Change Statute must be read harmoniously to allow the granting of name changes for transgender individuals, regardless of their felony status.”

But Judge Alfred J. Paul did not immediately make a ruling, and Tellez’s waiting period ended, rendering the case moot.

‘Get people out of that world’

Transgender advocates say their best hope for change might be in the Illinois legislature.

House Bill 2723 would remove the restrictions on felons seeking a name change. Instead, the local state’s attorney would be allowed to object to name-change applications from those convicted of  some serious crimes.

State Sen. Toi Hutchinson, a Democrat who represents parts of Chicago’s south suburbs, is a sponsor of the bill. She said the bill was designed for victims of human trafficking and domestic violence who are seeking a new name but are blocked by a felony conviction. Hutchinson said she is happy that the bill could also benefit transgender people.

“It’s very difficult, especially when you are transgender and poor, to hold employment, and what that means is there are many people who end up participating in sex worker environments,” Hutchinson said. “When you are in that situation, there are entanglements with law enforcement that can lead to a number of different issues that are really difficult to overcome.”

But the bill's prospects are uncertain. It’s opposed by the Illinois Coalition Against Sexual Assault. The group’s executive director, Polly Poskin, said she supports legislative changes that would make it easier for transgender people to change their names. But she said the bill doesn’t have enough safeguards against convicted sex offenders changing their names to avoid detection.

Spokespeople with the Chicago Police Department and Illinois State Police said that they don’t rely on names alone to track sex offenders. They said they use identification numbers and fingerprints, as well as names, to keep tabs on offenders.

When asked whether Republican Gov. Bruce Rauner would sign the bill, spokeswoman Patty Schuh for his office said the bill was “under review.”

“We have to find a way to get people out of that world, so they can live full and productive lives, in their authentic selves, exactly the way they are supposed to be,” she said.