The long-awaited report by the school system’s inspector general called for Claypool to be fired. Inspector General Nicholas Schuler said Claypool “repeatedly lied,” and cited a “pattern of attorney shopping, record changing and lies to investigators.”

“At every turn in this matter, Claypool kept making matters worse,” Schuler wrote as he made his case for the Chicago Public Schools board to terminate Claypool.

“Why would CPS employees tell the truth in other investigations — as required under board rules — if repeated lies by the head of the administration are not decisively punished?” he said.

In a statement Thursday afternoon, Claypool apologized for “mistakes in judgement” and acknowledged “errors along the way.” But Claypool said he is “proud of the work I’ve done for CPS and throughout my career in service to the City of Chicago.”

Here’s a look at what’s in the report, what it means for Claypool, and who could be next in line to lead the nation’s third-largest public school system.

The findings and the case against Claypool

At the core of Schuler’s investigation was a simple ethics question: Could General Counsel Ron Marmer supervise the work of Jenner & Block, his former firm, at the same time Marmer was receiving substantial severance from the firm?

CPS had hired the firm to prepare a school funding lawsuit against the state.

Claypool and Marmer did not see this a violation because Marmer’s severance was not contingent on the CPS work, according to the report. But Schuler concluded this arrangement violated CPS’ code of ethics.

This violation, though, is not what prompted Schuler to recommend Claypool be fired. In fact, if Claypool had simply acknowledged the ethics violation early on and changed course, Schuler said, Claypool probably would have gotten off with just a “slap on the wrist.”

Instead, Claypool aggressively hampered the investigation, the inspector general charged.

After four CPS lawyers, including members of CPS’ Ethics Committee, and two outside attorneys concluded this arrangement constituted an ethics violation, Claypool sought out a seventh lawyer who sided Claypool with him. Schuler called that lawyer’s opinion “materially deficient,” according to the report.

Then, Claypool told one of the outside attorneys to change an invoice so that no one would know he was consulted on the ethics issue, the report said. Claypool wanted the bill to say the attorney was paid to look at a personnel issue.

Claypool twice lied to the inspector general about requesting this change, Schuler said. At one point, the report said, Claypool was incredulous and noted that CPS has a $5.6 billion budget. Claypool said, “I am not looking at freaking bills.”

Schuler also said Claypool didn’t “adequately inform” the school board about the six attorney opinions and “apparently misled” the board president about the extent of Marmer’s role with Jenner & Block’s legal work. Schuler also recommended that Marmer be disciplined.

In making the case to fire Claypool, Schuler used damning language, calling this a “full-blown cover-up,” and described Claypool’s actions as “manifestly deceptive and disingenuous.”

He said if Claypool isn’t fired it would send a terrible message to CPS employees, parents and children.

“If he stayed, it would basically say to everyone that lies and manipulation can be tolerated during the course of an investigation,” Schuler said.

All of this could have been avoided, he said.

“If Claypool and Marmer had simply come forth and told the board and the public that they disagreed with the Ethics Committee … this matter probably would not have involved discipline,” Schuler said.

Will Claypool keep his job? 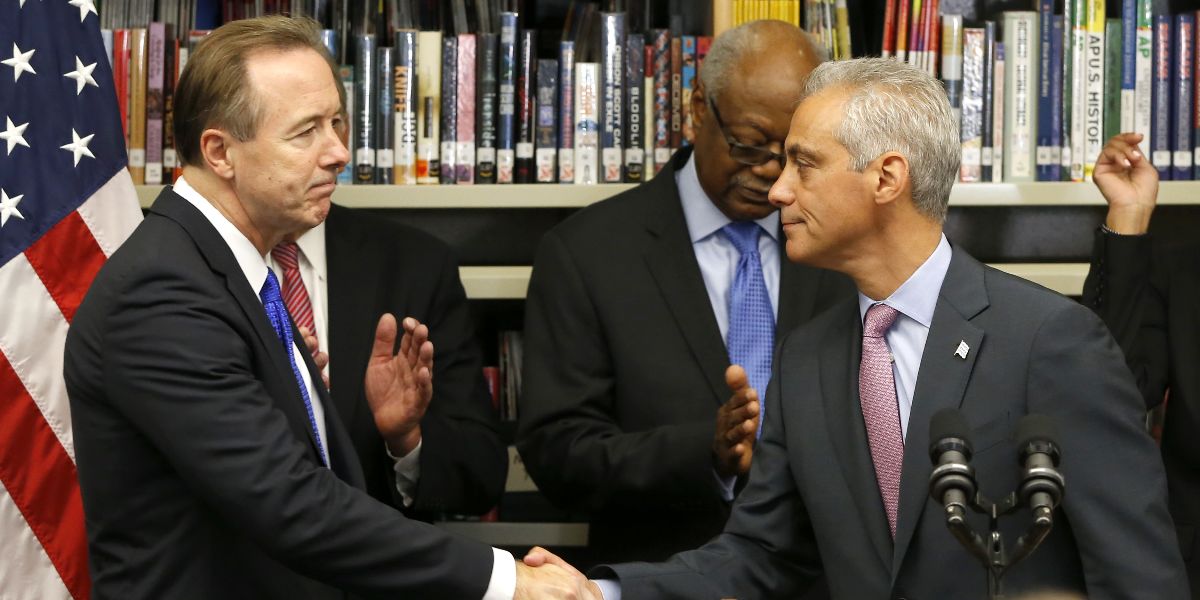 Claypool has yet to resign, Emanuel has yet to pull public support, and the Chicago Board of Education has yet to terminate him. But some say it is only a matter of time before he leaves.

In a statement released Thursday afternoon, Claypool said he was embarrassed by his mistakes, but he also tried to excuse the behavior. He said he was in a “high pressure place” and was “fighting to keep schools funded and open.”

He stressed that neither he, nor Marmer, profited off the school system.

“This is not a case of anyone taking anything from children,” Claypool said. “This is a case of fighting to get more resources for children.”

Emanuel is standing by Claypool. He said Claypool admitted making mistakes, but said there “two sides” to the story. The CPS board is officially responsible for deciding if Claypool will be terminated, but Emanuel appointed the board and picks the CEO for the board to approve.

Emanuel pointed out that Jenner & Block was hired to file an education funding lawsuit against the state.

“His actions were on behalf of getting fair funding from a state that, for decades, had not provided fair funding for the children of the city of Chicago,” Emanuel said Thursday.

Claypool and Emanuel have made the argument before: that the means justifies the end. But the lawsuit brought by Jenner & Block on behalf of CPS was thrown out by a federal court. CPS did end up getting more money from the state and it can be argued that Claypool’s fierce advocacy on this topic helped.

CPS Chief Education Officer Janice Jackson is likely to step into the top spot should Claypool leave. When Claypool took over in 2015, and she was named second in command, it was assumed she was being groomed for the top job. She currently handles many of the big questions and press events about the school district.

Jackson is a former principal and is well respected in CPS. 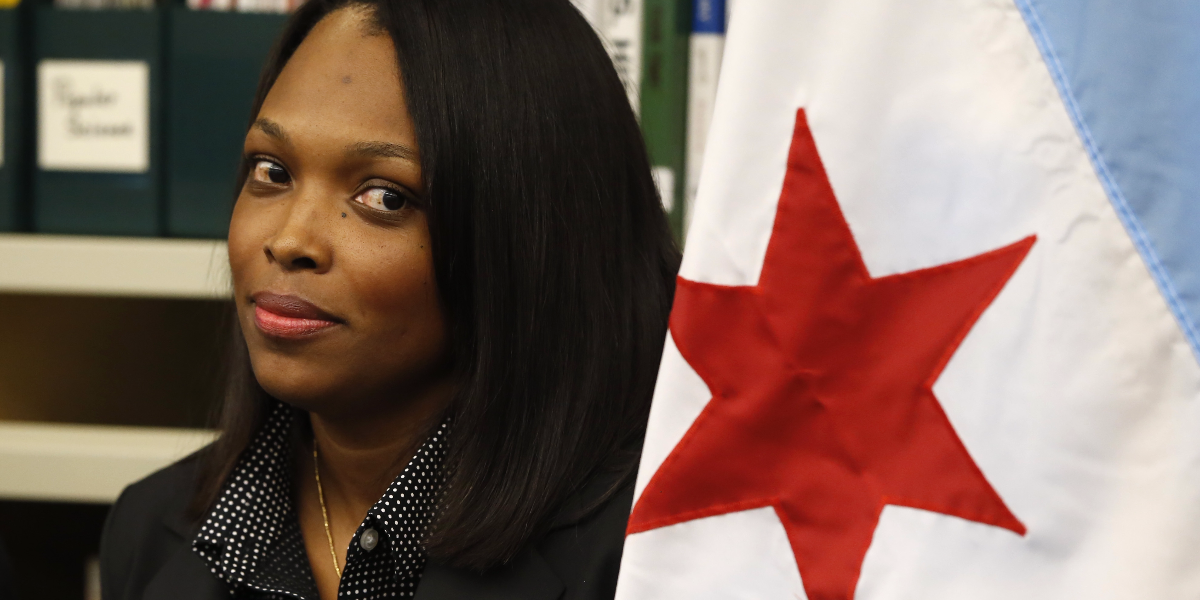 But that’s not to say a transition to new leadership won’t be disruptive.

In the 16 years that CPS was under the control of former mayor Richard M. Daley, there were just three CEOs (not including a temporary chief who a few months at the end of Daley’s tenure).

In the six years since Emanuel was elected mayor, there already have been three CEOs. Jackson may keep the current education team, but she might want to replace some of Claypool’s associates who now are in charge of the district’s finances, administrative, operations, internal audit and law departments.

The reach of CPS’ inspector general

The Chicago school district’s first inspector general was hired in 1994, just before CPS came under control of the city’s mayor. No prior inspector general has ever called for the termination of the chief executive, CPS insiders said.

Sarah Karp covers education for WBEZ. You can follow her on Twitter at @WBEZeducation. City Hall Reporter Becky Vevea contributed reporting to this story. Follow her at @beckyvevea.