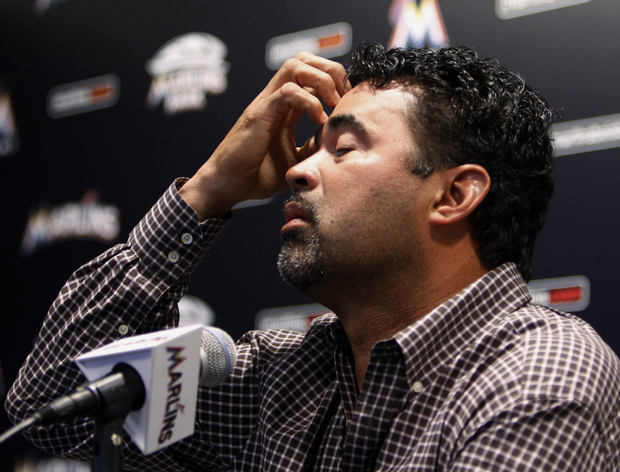 For the record, I always liked Ozzie Guillen. The former Sox manager would say ridiculous, even crazy things, but I took that as a sign of his insecurities rather than a sign of malice. But I know that for others, mentioning the name Ozzie Guillen in conversation is like throwing a hand grenade.

It's a real factor for the recently-fired Miami Marlins manager, who is out of work and is now looking for a new job. Or maybe he won't look for a new gig: Even though he's been let go, by the terms of his contract Ozzie will still collect over $7 million for the next three years.

But if Ozzie did want to work in Major League Baseball again, would he have any chance of finding employment within the sport he loves second only to his family? Does this colorful, always controversial Venezuelan have any lifelines left with the league that sometimes loves him and sometimes hates him?

Let's look at the pros and cons of bringing Ozzie back to an MLB dugout:

There is no way, at this point, that a team would make Ozzie a position coach. Guillen was a coach for the Expos and Marlins before he became manager for the White Sox, so that train has left the station. Now that he's been the "top dog" his personality would not mesh well in a subordinate at this point — unless he was severely humbled by his dismissal. That is unlikely the case right now.

If managing isn't in the cards for Ozzie but he still wants to be in baseball, there seems to be one logical and (maybe crazy) alternative: the broadcast booth. Ozzie is high energy and would attract viewers or listeners wondering what he would say — and how he would say it. If your team broadcasts need sprucing up, Ozzie could be an interesting, “out of the box” choice (or out of your mind). Maybe he could even land at ESPN Deportes, the network's Spanish language arm. You'd have to keep a finger over the seven-second delay button, though. . . .

It's too bad the Cubs wouldn’t take a chance on Ozzie. That may be too insane — but can you imagine how crazy it would be, in a good way? If Ozzie does remain unemployed during the 2013 season, don’t be surprised if you see him at Wrigley; he makes his home in Chicago and he loves the park. He was supposed to return to U.S. Cellular when the Sox host the Marlins next season. It's hard to believe Guillen would spend any time there, but you never know. Stranger things have happened — and that would be strange indeed.

It will be interesting to see what happens. At the end of the day, it seems that Ozzie needs baseball. And in some ways, baseball needs Guillen.