Editor's note: The audio version of this story is contained in the podcast episode above. It begins just before minute seven.

Peter Normand’s question for Curious City begins with an unusual email he received on July 13. The email was from his alderman, the 49th Ward’s Joe Moore.

The message referenced William Lewis, a 28-year-old photographer who had just moved to Chicago. Just one day earlier, Lewis had been killed by stray gang gunfire on the 1300 block of W. Devon Ave.

“I happened to be on Devon only a block from the shooting and heard the gunfire,” read Ald. Moore’s email to constituents. “I looked up to see the assailant, who appeared to be a teenager, continue to fire his weapon at a group of fleeing youths. It is something I will never forget.”

What Moore wrote next saddened our question-asker and piqued a morbid curiosity:

“Later that evening on our way to a neighborhood block party, my wife and I drove past the scene of the shooting and noticed that bloodstains remained on the sidewalk. We went to a nearby store to purchase some water, bleach and a brush to clean the sidewalk. By the time we returned, Milton, a resident of the building adjacent to the sidewalk, had already undertaken the grim task. We helped him finish the job.”

Peter Normand, a 36-year-old architect and resident of the 1900 block of W. Morse, was moved enough to ask Curious City:

Who cleans up the blood on sidewalks and playgrounds after shootings?

We pressed Ald. Moore’s 49th Ward office to explain the events he described in that email, which he also posted to the neighborhood web forum EveryBlock. The office declined repeated attempts for any more information than what Moore provided in his online account.

Regardless, the story raises some interesting questions. For one, whose responsibility is it to clean up blood in the public way? And, if it’s not done quickly (or, if it’s left behind), what kind of risk does that pose for legal liability and for public health?

Through conversations with city agencies and private contractors, we parsed out the city’s process for cleaning up after homicides and other traumatic events. And we found not everyone agrees the city is doing it the right way.

After the police department’s detectives, forensic investigators and evidence technicians have finished investigating the scene of a homicide, they’re directed to call for a “washdown,” according to Special Order S04-02 from the Chicago Police Department's procedure for crime scene protection or processing. The Illinois State Police follow the same procedure, a spokeswoman said.

A washdown is when the Chicago Fire Department sends an engine crew to blast the area with “copious amounts of water [until] there is no longer any residue left behind,” according to Chicago Fire Department spokesman Larry Langford. While a very old crime scene might require the addition of disinfecting chemicals, he said, almost all crime scenes on public property are cleaned with plain water — albeit water blasted from a high-pressure firehose.

“Even dried blood is a hard match for an engine putting out water at that pressure,” Langford said. Police and other city agencies also call CFD for a washdown to clean other messes. “It could be an accident scene, a drop of material on the street,” Langford said. “A truck could have spilled honey, and that would be a washdown too.”

If the call for a washdown is considered urgent, Langford said, crews are supposed to show up within three and a half minutes.

If the crime scene is on private property — that can include Chicago Housing Authority or Chicago Park District holdings — it’s up to the owner of the property to clean up. They usually hire private contractors, such as Aftermath Services LLC, a crime scene cleanup and biohazard removal company based in Aurora, Illinois.

The work often involves managing emotional burdens, as well as any physical legacy.

“What we try to do is take as much away from them so they don't have to worry about the physical clean up,” said Kevin Reifsteck, Aftermath Services’ vice president. Sometimes the jobs include consoling bereaved friends and family members. “When you really start getting down to specifically what we’re going to be doing, I think that’s sometimes when it really becomes a reality for the family.”

Aftermath’s work varies by job, which can range from a few hours of disinfection and carpet removal to weeks of biohazard cleanup. (After a series of complaints about pricing between 2010 and 2013, Aftermath changed its policy to always give upfront estimates of a cleanup job’s price, which can be thousands of dollars.)

But one common element among those privately-contracted jobs is that they use more than just water. Reifsteck did not want to comment on the Chicago Fire Department’s practices without witnessing them firsthand, but another private contractor was blunt about the matter.

“Calling in for a washdown is antiquated,” said Andrew Yurchuck, board president of the American Bio Recovery Association, an industry trade group. “It's not proper. If a private person did that they would be fined.”

Yurchuck said many cities follow protocol similar to Chicago’s, but he favors San Diego’s approach, which is to hire private contractors like his for crime scene and accident cleanup. Private contractors often use absorbent booms and hydrogen peroxide to disinfect blood and other liquids, cleaning on site instead of washing blood into the sewer system. “Rather than spraying and sending it out down into the river,” Yurchuck said, “we try to absorb it right there.”

He thinks Chicago officials could be skirting laws governing the disposal of medical waste. We found legal and scientific reasons why that may not be the case. 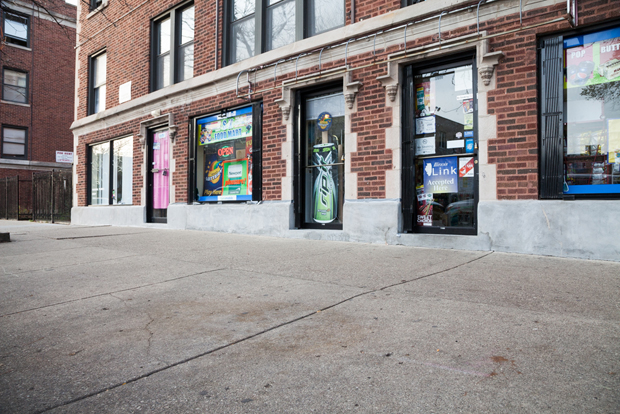 Langford said the Chicago Fire Department is under no legal obligation to sanitize city streets and sidewalks, which he points out are not sterile places to begin with. “It doesn't make sense to disinfect a panel of the sidewalk,” he said. “If something is to the point that it's dangerous it would be a level one hazmat situation. We would send the hazmat crew.”

But even blood, which typically merits a simple washdown from CFD, can convey diseases if not properly handled. The Occupational Safety & Health Administration’s Blood Borne Pathogens standard (29 CFR 1910.1030) recommends training and protective gear for handling substances like blood that could convey HIV, hepatitis B and other serious illnesses. Langford said firemen don’t need special gear because they never come into contact with biomatter on crime scenes — they just blast it with water from afar.

Illinois’ code for potentially infectious medical waste (35 Illinois Administrative Code 1420.102), which includes blood, instructs “all persons who generate, transport, treat, store or dispose of” such waste to use detergent and low-level disinfection techniques like bleach. But the code only requires those measures if the blood results from medical procedures.

“Anything that’s done in a crime scene cleanup is not diagnosing or treating humans or animals,” says Beverly Albarracin, who oversees the potentially infectious medical waste program for Illinois’ Environmental Protection Agency. “It’s not regulated as medical waste.”

She says the public health risk is vanishingly small.

“The odds of a disease lasting, for one thing, outside of a human body and remaining virulent or able to cause disease,” Albarracin says, “it’s a very very minute possibility.”

But what about legal risk? Scott Burris, a professor with Temple University’s Center for Health Law, Policy and Practice, said while he hasn’t investigated the issue in depth, it’s “hard to imagine a transmission happening accidentally or that someone could be consider negligent under the circumstances.” The risks of infection are low, he said, although new fears of Ebola might change the equation.

Both federal and state representatives from OSHA and the Department of Public Health were unaware of any complaints against the Chicago police and fire departments related to crime scene cleanup.

That’s not surprising to Dr. Carl Bell, a medical expert on youth violence and a psychiatrist at Jackson Park Hospital and Medical Center.

“Having lived in Chicago my entire life, it’s very clear to me that Chicago is characterized by cosmetics,” Bell said. “And having blood or bullet casings on the street is not good. So they’ve done a very good job of cleaning up after homicides. … I think it’s always been the case.”

As for taking steps to disinfect crime scenes before a washdown that could flush biological material into the city’s sewers, Bell said “it’s probably not that risky,” because most blood-borne pathogens are short-lived outside the human body.

But let’s say the city doesn’t clean blood quickly and community members pass by the scene. Is there potential to traumatize them? Dr. Bell says yes, but memory is complicated. Consider the makeshift memorials that mark the sites of homicides and car accidents across the city. These are odes to lost loved ones, but also a daily reminder of violence in neighborhoods where they are all too common.

“Those spots are traumatic reminders for some people,” Bell said, “whether the city cleans up after it or not.” 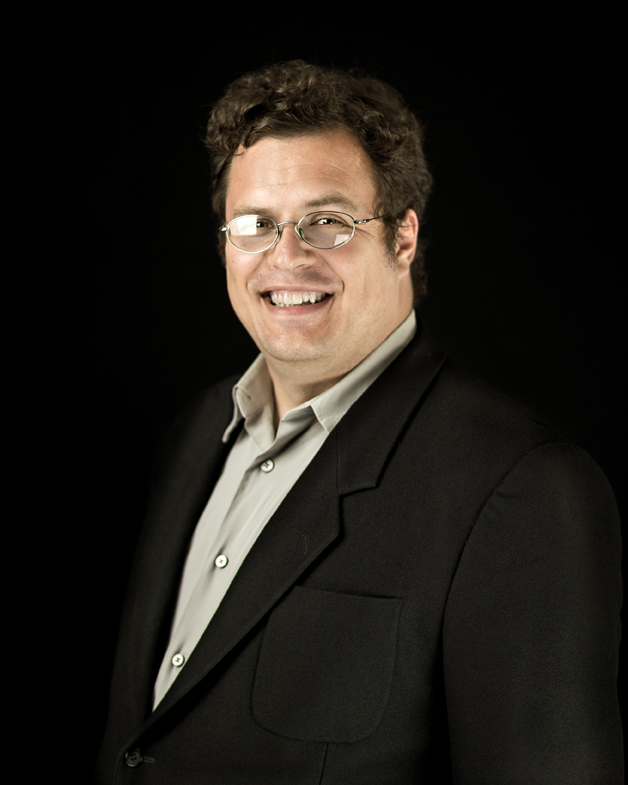 Architect Peter Normand lives in the same area, Chicago’s far North Side, that sparked his question about crime-scene blood and who’s responsible for cleaning it when it’s on the public way.

Notably, he had two occasions to consider the question, not just one. There’s the email from Ald. Joe Moore mentioned above, but he had also seen blood on the sidewalk for himself, just a few months earlier.

On the night of April 10, he was on the 1600 block of W. Morse Ave. and came across blood left from a shooting earlier that evening. He was surprised to see it the next morning, as he walked to work.

“It’s where a lot of kids have to walk to go to school,” he said. “It’s less than half a block from New Field [elementary school].”

Maybe the kids noticed the blood, or maybe they didn’t, he said. He hopes few did.

“Eventually it doesn’t look any different than salsa spilled on the sidewalk, but it’s not salsa,” he said.

Peter’s accounts greatly informed our reporting. Among other things, his story about the April shooting suggested at least one example of where citizens, not the city, had disposed of blood on the sidewalk. (Officials have no record of clean up at this spot). His recollection of the location led us to the Hadima (she would only give her first name), who owns SK Food Mart. The shooting victim had bled in front of the store.

She remembers seeing the blood, too. She said she had a janitor in the building clean it.

“I didn’t want to see blood in front of my store so I had to wash it out,” she said.

Chris Bentley is a freelance reporter and regular contributor to WBEZ’s Curious City. Follow him at cabentley.com and on Twitter at @Cementley.